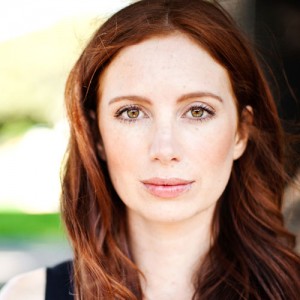 NIFF, founded by Bill Marshall (Founder and Chair Emeritus of the Toronto International Film Festival – TIFF), pairs premiere festival films with the premiere hospitality of the Niagara Wine Region. The festival screening, a special event with a paired three-course dinner and featuring local wines, was the Canadian Premiere of the film and Hannah was in attendance to accept the award. In a coup for Australia, the Best Actor award was won by Geoffrey Rush for his role in The Best Offer.

This is the fourth major North American screen of the film, following the recent New York premiere screening at Brooklyn’s rooftop cinema, a screening at the Newport Beach Film Festival and the World Premiere at South by Southwest earlier this year, which generated much critical acclaim, and saw the film make the time.com list of ‘ten films that made SXSW spectacular this year’, alongside Wes Anderson’s Grand Budapest Hotel, and Jon Favreau’s Chef.

Hannah Marshall is best known for her role as Loretta Schembri in Packed to the Rafters, for which she received a Logie nomination for Most Popular New Female Talent (2011).

The Infinite Man is the feature film debut for writer/director Hugh Sullivan and is produced by Kate Croser (Danger 5, My Tehran for Sale) and Sandy Cameron, executive produced by Jonathan Page and Cameron Rogers. DOP is Marden Dean (Fell).

The Infinite Man will be released in Australian cinemas in September 2014 by Infinite Releasing with international sales handled by Shoreline Entertainment.