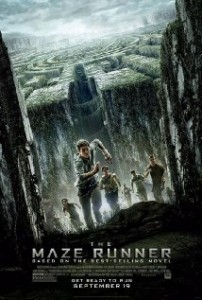 Twentieth Century Fox have just released a new clip from the film The Maze Runner. The Maze Runner is directed by Wes Ball and stars Dylan O’Brien and Kaya Scodelario, it is set for release in Australia on the 18th September, 2014.

You can view The Maze Runner clip below: