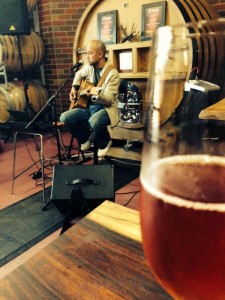 Nothing goes together like great live music and a delicious fine wine, which is why the news that Melbourne musician John Veloso is performing at the award winning D’Angelo winery should stir excitement in music and food lovers alike.

John has been wooing audiences at D’Angelos over the last couple of months with his charismatic and upbeat show. When the audience members aren’t enjoying the fantastic food, wine and cider that D’Angelos has to offer they are often on their feet singing and dancing along to John’s show. John’s shows have helped D’Angelo Estate Winery become a popular weekend dining experience as patrons can listen to John’s music while relaxing on the ten acre Estate. D’Angelo Wineries popularity was recently recognised when it won an award in the 2014 Melbourne South East Business Awards and has now been named as a finalist in the 2014 Casey Cardinia Business Awards for Hospitality and Tourism.

John’s family friendly show sees him perform contemporary acoustic music covering artists including Crowded House, Coldplay, Snow Patrol and Switchfoot. He will be performing a special show on Father’s Day at D’Angelos but will also be performing a lead-up show this weekend. 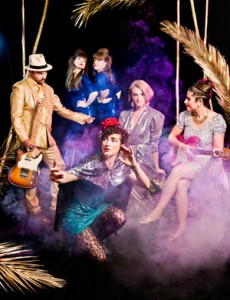 Subculture’s Dave Griffiths chats to Steph Brett from Sugar Fed Leopards about their unique style of music and their upcoming gig at The Bridge Hotel.

You can hear the Sugar Fed Leopards interview here. 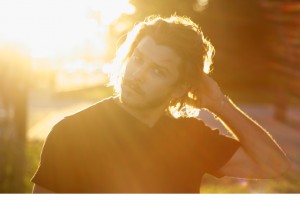 Subculture’s very own Dave Griffiths sits down and chats to Mammals about touring and a brand new EP, so if you’re a fan you don’t want to miss this.

You can hear the Mammals interview right here. 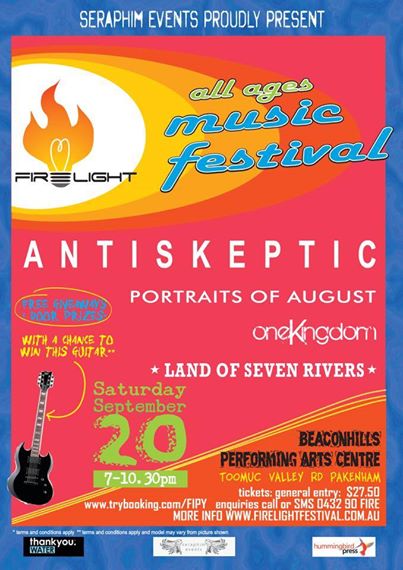 The live music scene in Melbourne’s south-eastern suburbs is about to get a major boost with the announcement that the first Firelight Festival will be held in Pakenham on Saturday 20th September, 2014. Music lovers of all ages have been crying out for more live music events to be held in the area, which is one of Melbourne’s fastest growing growth corridors, and local entertainment company Seraphim Events have answered that call by delivering a festival that is full of great Australian talent.

Festival Organiser Scot Leslie said the reasons behind creating the festival were simple “The motivation behind the festival was the strong desire to provide a family friendly, safe platform to deliver positive music and creative art in an era that tends to be the direct opposite. That, and I heard that one of my favourite bands were back and I wanted to see them!”

That band that Scot wanted to see badly was the band headlining the Festival Melbourne’s own rock outfit Antiskeptic who over the years have been likened to bands including MXPX, Dashboard Confessional and Bodyjar. They have recently exploded back onto the music scene, after a six-year hiatus, with the launch of their new album Stare Down The Ocean which will be released to the public on the day of the Firelight Festival.

Before their extended break Antiskeptic reached the real heights of the Australian music scene. They played to a packed house at Rod Laver Arena and had become favourites with Channel V and Rage where their video clips were regularly aired. Their highest selling single ‘Called’ also made the Triple J Hottest 100 list in 2002 and was featured on both The Hottest 100 CD and DVD.

Also playing with Antiskeptic at the Firelight Festival are heavy rockers One Kingdom who have been likened to Linkin Park and Karnivool and are currently setting the internet alight with the videoclip to their new single ‘Your Eyes.’   Fans who head along to the Firelight Festival will also be able to see alternative rock/punk outfit Potraits Of August and solo artist Land Of Seven Rivers.

The Firelight Festival is proudly supported by Thankyou Water and Hummingbird Press. One lucky audience member on the night will also be walking away with a brand new guitar which has been kindly donated by ESP Guitars. There will also be more giveaways on the night as well so make you book your tickets early.

Gold Class Tickets (which includes dinner with the bands): $85.00

VIP Tickets (includes dinner with the bands and viewing Antiskeptic from side of stage): $125.00

The Good The Bad The Ugly Film Show Podcast Ep #93 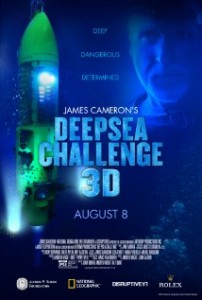 Metal Down Under Interview 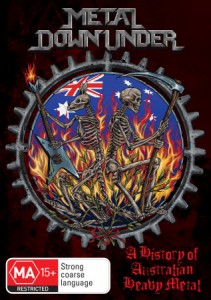 Subculture’s Dave Griffiths chatted to film director Nick Calpakdjian about his new documentary Metal Down Under.

You can hear the Metal Down Under interview here. 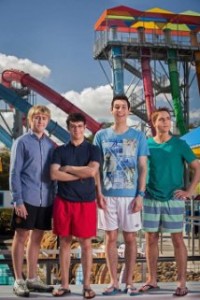 The Good The Bad The Ugly Film Show’s Greg King caught up with the cast of The Inbetweeners 2 while they were in Australia to promote the film. Greg chatted to Simon Bird, James Buckley, Blake Harrison and Joe Thomas.

You can hear The Inbetweeners 2 interview here. 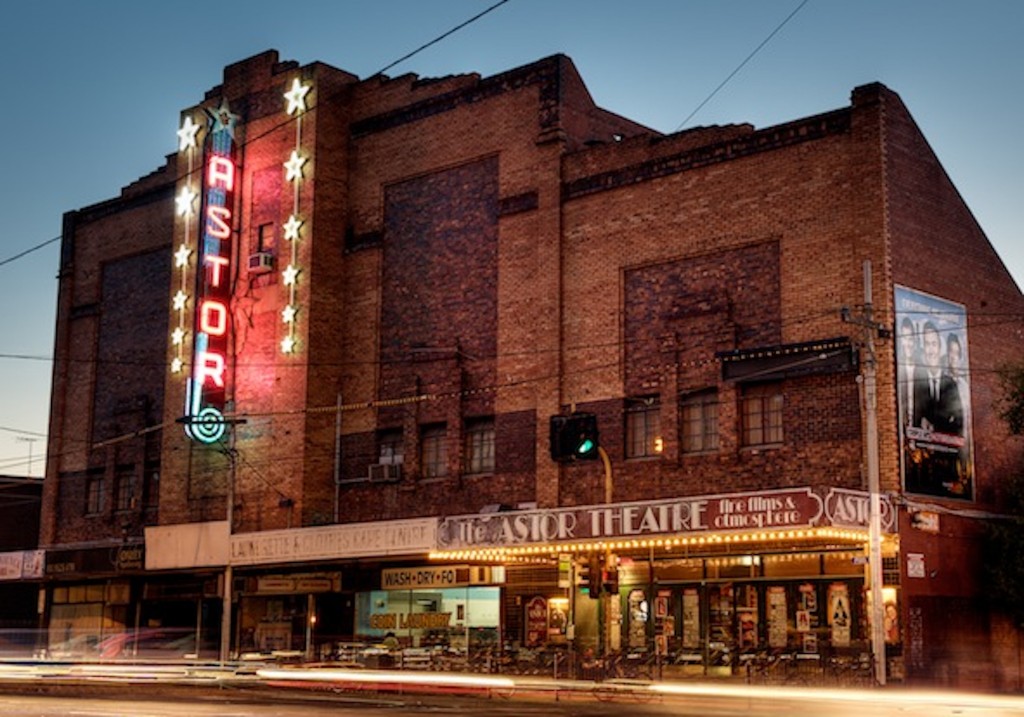 Melbourne’s iconic Astor Theatre is set to close after this announcement was made this morning:

It is with heavy hearts that we make this announcement.

In early 2015 the Astor Theatre as you know it will close its doors.

By way of explanation we should clarify the distinct difference and separation between the landlord of the building we lease, Ralamar Nominees Pty Ltd, and the business that you know as The Astor Theatre, our tenancy that, since 1982, created and operates the business within the landlord’s building.

The Astor is so much more than just the bricks and mortar that has become Melbourne’s spiritual home for film. Without a lease renewal, the expert repertory programming we have cultivated for a community of Melbourne moviegoers, and the ‘Astor Experience’ will come to an end. We were offered a lease that would have been financially and operationally crippling, but negotiations failed to resolve the key issues.

We do not know what the landlord has planned for the future of the building, only that we are not included in those plans. We hope that you can embrace the final leg of our journey after 32 years of memorable movie experiences at The Astor Theatre. Further information can be found in due course on our Blog and on the Friends Of The Astor website.

To read some of the many thousands of testimonials we have received daily over our 32 years, visit the ‘Audience Testimonial’ section on our website. 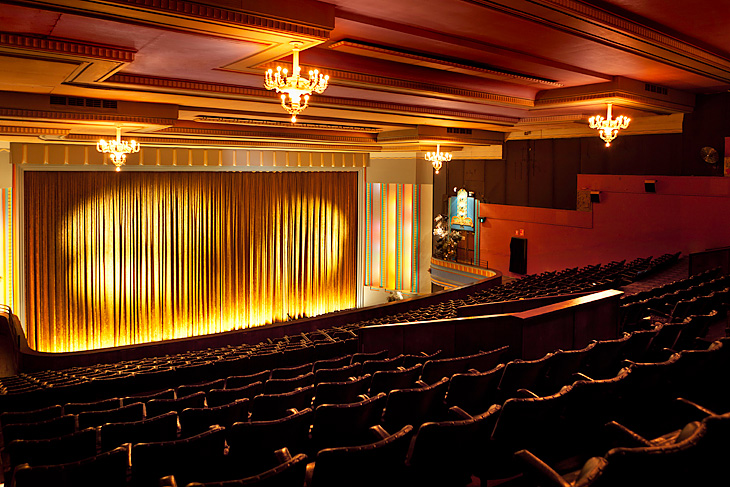 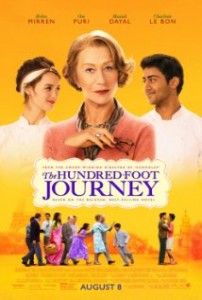