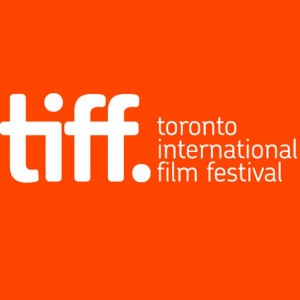 All three films will screen in TIFF’s Contemporary World Cinema section, which showcases films with compelling stories from global perspectives.

CHARLIE’S COUNTRY tells the story of blackfella Charlie (Gulpilil), who is getting older and is out of sorts. Frustrated with the failures of the government intervention and the ‘whitefella’ laws enforced in his remote community, Charlie takes off to live the old way. But in doing so he sets off a chain of events in his life that has him return to his community chastened, and somewhat the wiser.

In KILL ME THREE TIMES, Simon Pegg plays the mercurial assassin, Charlie Wolfe, who discovers he isn’t the only person trying to kill the siren of a sun drenched surfing town. Charlie quickly finds himself at the centre of three tales of murder, mayhem, blackmail and revenge. KILL ME THREE TIMES was produced by Western Australian producer Tania Chambers, Laurence Malkin and Share Stallings (Death at a Funeral, A Few Best Men).

CUT SNAKE is a powerful crime drama set in mid-70s suburban Australia from Matchbox Pictures’ Tony Ayres (The Home Song Stories). The story centres around Sparra Farrell (Alex Russell, Carrie), a young man trying to escape his past and make a life for himself in a new city. He finds honest work and becomes engaged to the beautiful Paula (Jessica De Gouw, These Final Hours). But when the charismatic and dangerous Pommie (Sullivan Stapleton) tracks him down, Sparra finds himself drawn back into a world that he had tried to leave behind.

Of CHARLIE’S COUNTRY, KILL ME THREE TIMES and CUT SNAKE screening at TIFF, Troy Lum, Managing Director of Entertainment One Australia, says, “We are very proud to have three incredible Australian films screening at Toronto. It’s a credit to the calibre of filmmaking talent we have in this country, these films come from some of our best. They all deserve to be seen on the world stage and it’s immensely satisfying and exciting for everyone involved”.

CHARLIE’S COUNTRY is currently screening in cinemas across Australia. KILL ME THREE TIMES and CUT SNAKE will be released in early 2015.