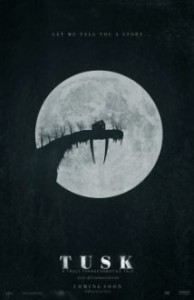 Director Kevin Smith’s latest film Tusk will get an Australian release on October 9th in selected cinemas. The cinemas screening Tusk will be:

You can view the trailer for Tusk below: