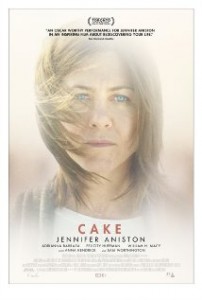 A trailer for the eagerly anticipated film Cake has just been released. Cake takes us into the darkly funny world of Claire Bennett (Jennifer Aniston) who initiates a dubious relationship with a widower (Sam Worthington) while confronting fantastical hallucinations of his dead wife (Anna Kendrick).

The film has already seen Jennifer Aniston receive a number of award nominations and it will be released in Australian cinemas in 2015.