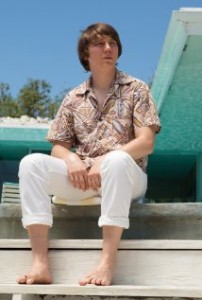 Icon Film Distribution is proud to announce the June 25 release of LOVE & MERCY starring both Paul Dano and John Cusack as The Beach Boys’ Brian Wilson.

We all know the music, but few know the true story of musical genius, Brian Wilson and his struggles with brilliance and balance.

The film paints an unconventional portrait of the artist by interweaving seminal moments from his youth and later life, as it explores how Brian came to be who he is today.

The role of Brian Wilson is masterfully shared between Dano (12 Years a Slave, Little Miss Sunshine) and Cusack (Maps to the Stars, High Fidelity) as the film explores the many challenges Brian has faced, both from his point of view in his younger years; and from the perspective of his now wife, Melinda (Elizabeth Banks) when she meets Brian in his 40s and under the questionable medical care of Dr. Eugene Landy (Paul Giamatti).

The film was met with a standing ovation at the 2014 Toronto Film Festival and critical acclaim continues to build:

“…emotionally exhilarating… The film does an exquisite job of detailing the way an artist can get lost in the act of creation.” – HitFix

“A deeply satisfying pop biopic whose subject’s bifurcated creative life lends itself to an unconventional structure.” – The Hollywood Reporter

Musicians, critics and fans alike have consistently hailed Wilson as one of the most innovative and influential creative forces in music.  His songs remain as relevant and resonant today as they were over 50 years ago; continually finding new audiences as evidenced by the 2014 BBC Music All-Star cover of God Only Knows that became an internet sensation.

The teaser trailer has just debuted online and has already gone viral. A proud Brian Wilson has also posted the teaser on his own Facebook and website.

The film release will follow the April 3 launch of Wilson’s 11th solo album, No Pier Pressure.

In addition to featuring an awesome soundtrack,  LOVE & MERCY offers an intimate and unforgettable glimpse into the musical and personal evolution of one of the greatest creative minds of our time.

You can view the Love & Mercy teaser trailer below.