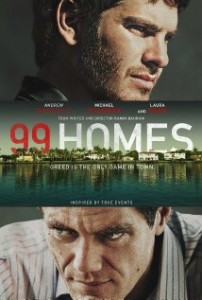 The 99 Homes trailer has been released. The film is directed by Ramin Bahrini and stars Andrew Garfield, Michael Shannon and Laura Dern.

99 Homes is set for release on September 25 (United States) and will follow at later dates in other territories.

You can view the 99 Homes trailer below.