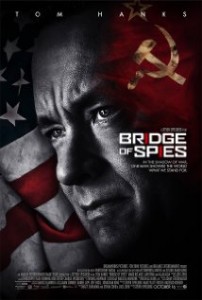 The trailer for Steven Spielberg’s new film Bridge Of Spies has just been released. The film which is set during the Cold War stars Tom Hanks, Billy Magnussen and Alan Alda.

You can watch the Bridge Of Spies trailer below.