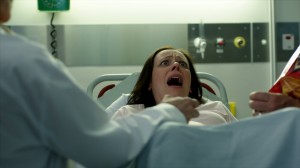 There is a good chance that you have seen the work of Australian filmmaker Peter Carstairs over the years. He has worked as a director on various popular television shows including Home & Away and Winners & Losers and in 2007 brought us the brilliant feature film September.

Well now Peter needs all of Australia’s help. His television commercial for Doritos has made the final three of the Doritos Crash The Superbowl competition, a competition that if he wins will not only see his commercial played to about 150 million people during the Superbowl but also win a chance to work with Zack Snyder and a cool one million dollars.

In order for Peter to win you just have to head to www.doritos.com and vote for his ad which is called Ultrasound.

We caught up with Peter to talk all about the competition and how he put the ad together.

You can listen to or download our interview with Peter right here.