One of progressive metals most unique acts PROTEST THE HERO are returning to Australian and New Zealand shores this April in support of their latest release Pacific Myth. These revolutionary metal giants will be bringing a collection of fan favourites, in addition to some new head banging hits that every hardcore fanatic will not want to miss!

PROTEST THE HERO have carved an identity for themselves that is so revolutionary within heavy music that to call them “unique” would be like calling Louis C.K. “pretty funny” or the classic “Star Trek” television series “influential sci-fi.” The band effortlessly balances high-minded artistry with wit and whimsy, substantive viewpoints with wanton tomfoolery and masterful musicianship with true songcraft.

Their latest offering Pacific Myth channels the bands usual hard-hitting sound and remains true to their signature style with overtly complex riffs and eccentric vocal arrangements. The band explained, “Pacific Myth was purely an experiment. For this reason, it’s a totally ‘go-with-your-gut’ record and one we are extremely proud of. PROTEST THE HERO continue to push the boundaries of metal and widen their creative scope that has fans in a frenzy.

With special guests: CLOSURE IN MOSCOW (Melbourne, Sydney, Newcastle ONLY) 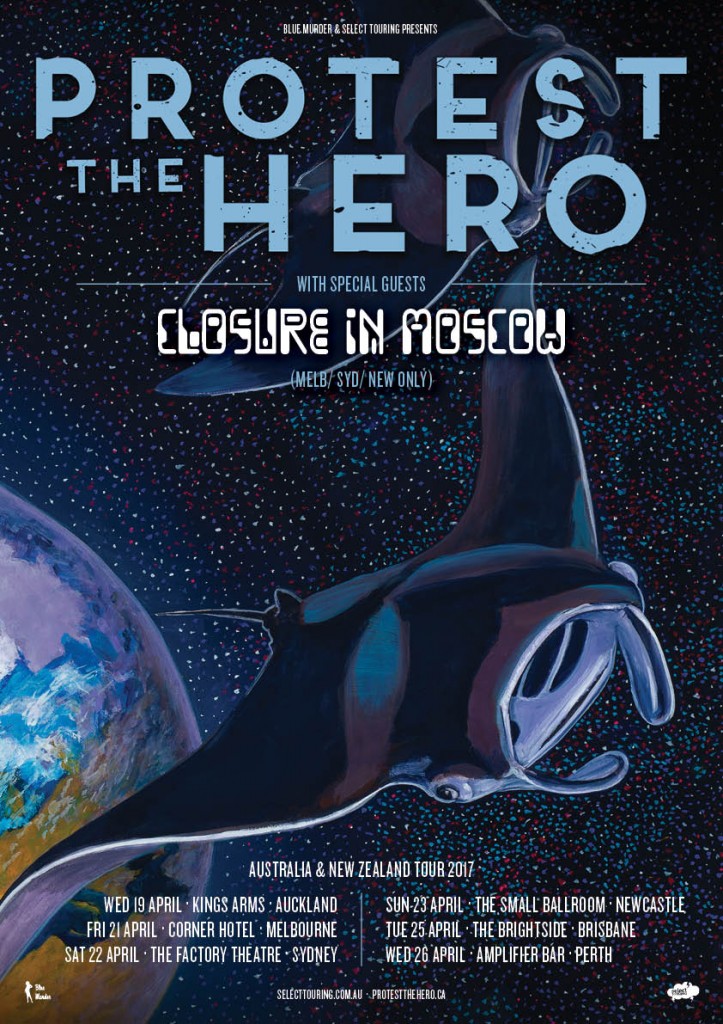