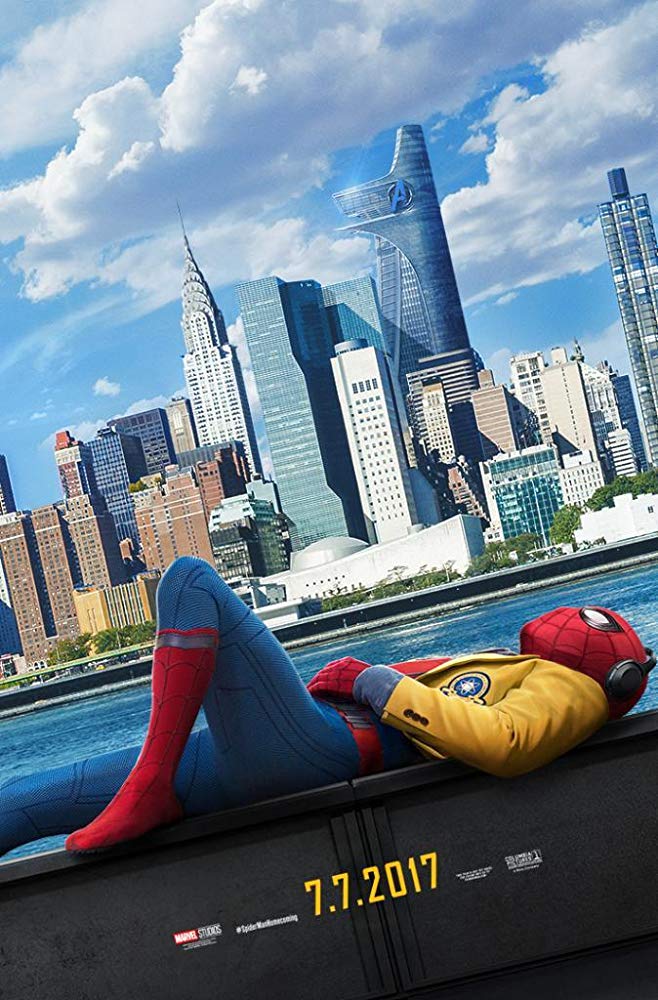 Summary: Peter Parker balances his life as an ordinary high school student in Queens with his superhero alter-ego Spider-Man, and finds himself on the trail of a new menace prowling the skies of New York City. 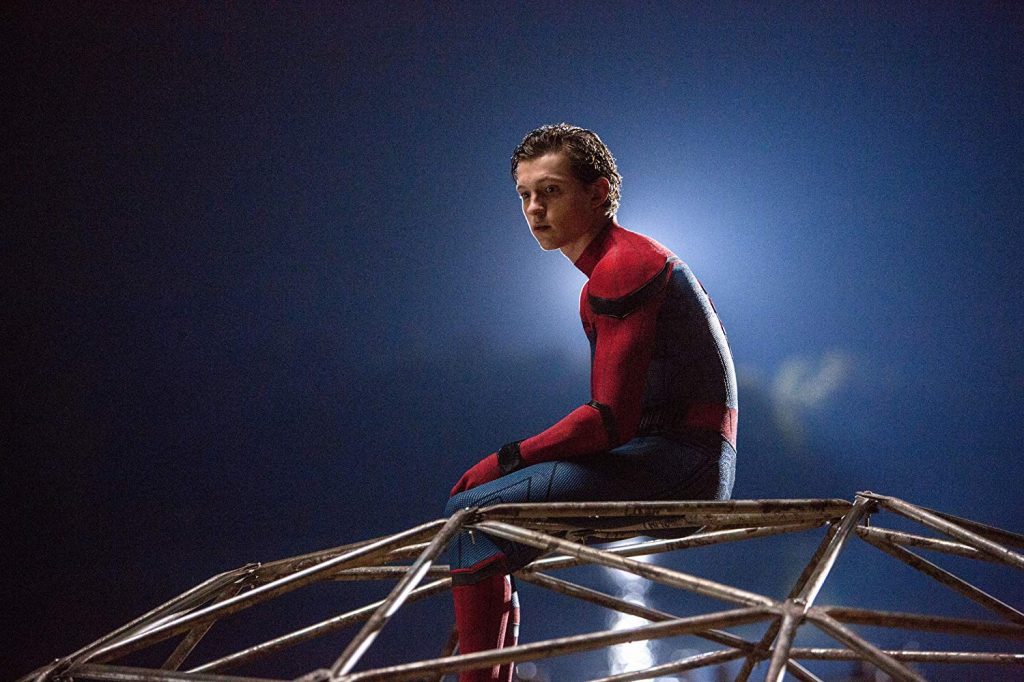 Spider-Man: Homecoming follows the title character and his alter ego Peter Parker on his early steps of becoming the hero he yearns to be.  After being enlisted by Tony Stark/Iron Man to assist in Captain America: Civil War (2016) Peter Parker is dropped off home, given a shiny new Spider-Man costume and pretty much told “don’t call us, we’ll call you”. Ambitious to prove himself worthy of being an Avenger he sets out to fight crime wherever he can while also struggling with the pitfalls of being an otherwise normal high school kid. His enthusiasm may soon gets the better of him when he discovers an underground operation in dealing weapons made from the stolen technology leftover from previous Avengers battles.

The elephant in the room with Spider-Man Homecoming is that this is the 3rd big screen incarnation of Spider-Man since 2002. This time the web crawler officially being a part of the Marvel Cinematic Universe (MCU). The previous films each had their ups and downs but the general consensus seems to be that Sam Raimi’s Spider-Man films were better with Tobey Maguire making a better Peter Parker whereas The Amazing Spider-Man films found a better Spider-Man performance in Andrew Garfield with some other fan preferences such as Gwen Stacy as a love interest rather than skipping straight to Mary Jane Watson and mechanical web-shooters rather than organic (a distinction I never cared about).

Spider-Man Homecoming brings some new interesting things to the table while some others feel weaker. I believe Tom Holland walks the line quite well and works quite well as the younger less experienced and still in high school Peter Parker/Spider-Man.

Otherwise the films visuals and musical score felt a little generic never coming close to standing out as well as Sam Raimi and Danny Elfman did all the way back in 2002. Speaking of which the CGI of Homecoming itself looks not much better after 15 years of technological progress, often characters looking like something from a computer game or the transition between CGI to live action, such as Michael Keaton’s character leaving his “Vulture” wingsuit, appears quite jarring. Most of these large CGI sequences seem to take place at night too, it could have just been poor lighting in my cinema but it was extremely dark and felt like a possible shortcut with CGI usually looking more real with less lighting.

The film’s story itself reminded me of Kick-Ass be it without the style or comedy of Matthew Vaughn & Mark Millar with Peter trying to be a “friendly neighbourhood Spider-Man”. I found this to be an interesting new take on the character and something we’ve not yet seen in the MCU: a small time loser hero trying to do his thing in the shadow of giants like Thor, The Hulk or Captain America.

With any reboot certain changes had to be made so that the filmmakers aren’t just making the same film again. Flash Thompson Esther than being a stereotypical jock bully and symbol of everything Peter wished he could be is now a weedy little prick. The once elderly aunt May is now “hot aunt May” as the characters like to remind us and the less said about the new “MJ” the better.

Other major changes are that this is not another origin story. Rather picking up in the middle of Peter’s journey of self discovery as a super hero. An issue here is that while films like Tim Burton’s Batman or even the MCU’s The Incredible Hulk showed you don’t NEED to do an origin story to introduce your hero, you still do need to introduce them and Homecoming really does not. The feeling is that Spider-Man’s powers and back story don’t need to be given much thought because they’ve been done to death already. Well too bad. This is potentially people’s FIRST Spider-Man film and outside influences shouldn’t play any part in it. Not giving a proper set up because everyone should already know is like not introducing Harry Potter correctly in the film adaptation of Philosophers Stone because “well everyone’s read the book right?”

Peter’s character development this time comes more from his desire to prove himself than his feelings of guilt over his indirect involvement in his uncle’s death like before. This was an interesting change but to be honest the time Peter spends in this naive phase goes on way too long and most of the film seems to be him rescuing people from disasters he himself caused or his selfishly helping people in the first place only because he seeks glory and to be considered one of The Avengers. This would be like if Bruce Wayne in Batman Begins stayed in “scared angry man with a gun mode” until nearly the end of the film.

I think Peter himself is obsessed so much with the Avengers as a symptom of this film being obsessed with being considered part of the MCU. Again it’s an interesting way to approach at first but the Avengers just overshadow EVERYTHING in this film. Even the film’s title itself seems to more reference a “return home to the MCU” than anything in the film itself. The very first thing you see is a child’s drawing of them and the very last thing you’ll see is a post credits cameo from one of them and rarely 10 minutes will go by without some reference to them. Spider-Man’s motivation revolves around them, the film’s antagonist revolves around them and Tony Stark while barely making much of an appearance in the film is still focused on more than Michael Keaton as The Vulture leading to him feeling like a lackluster villain. Don’t get me wrong I’m glad he didn’t just want to turn the whole city into birds using a gas or something but when his entire scheme is spending 8 years stealing Avengers related tech, turning it into odd weapons and selling it out of the back of a van to random street thugs under bridges I have to ask “who cares?”.

The worst part of this is that the movie barely feels like it stars Spider-Man at all. Even his suit is some sort of Tony Stark designed super tech nonsense which only manages to downplay the ACTUAL superpowers Peter is supposed to have. Effectively he’s a super strong, super agile kid in a suit with a bunch of gadgets. It may as well also be what allows him to walk up walls as it does everything else for him!

If the film can’t go 10 minutes without an Avengers reference it also can’t seem to go 30 seconds without making a funny. In some kind of spray ‘n pray approach to comedy Homecoming is so afraid of being seen as taking itself too seriously that it hardly ever allows a scene to end without some gag tacked on just for the sake of it. Comedy relief only really works if you allow tension to build in the first place and when there are multiple gags happening it just drives a truck through the middle of a scene that’s designed to have you on the edge of your seat. Then when the big heavy scenes come along such as Michael Keaton trying to be intimidating they just don’t work. The film hasn’t earned that response from the audience because any other time it came close to a similar tone someone immediately then had to slip on a banana peel.

Spider-Man Homecoming unfortunately doesn’t hold a candle to Sam Raimi’s 2002 film. It’s lacking as an introduction to this new Spider-Man and feels too focused on latching on to the hugely popular MCU films to be comfortable in telling its own story and too eager to make its audience laugh to build any drama for its underdeveloped characters. As an addition to the mountain of superhero films it’s entertaining enough and different enough to warrant a viewing but not interesting enough to be very memorable.