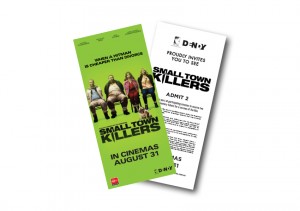 Thanks to our good friends at Icon Distribution Subculture Entertainment is pleased to be able to giveaway two double passes to the brand new Danish comedy Small Town Killers.

The film follows two craftsman who are tired of their lifeless and sexless marriages. After a fight with their other halves, they drunkenly hire a Russian hitman to kill their wives, planning to live it up afterwards with their secret stash of cash. They badly underestimate their spouses (as husbands often do), and end up being chased by the hired killer themselves.

Small Town Killers will be released on the 31st August.