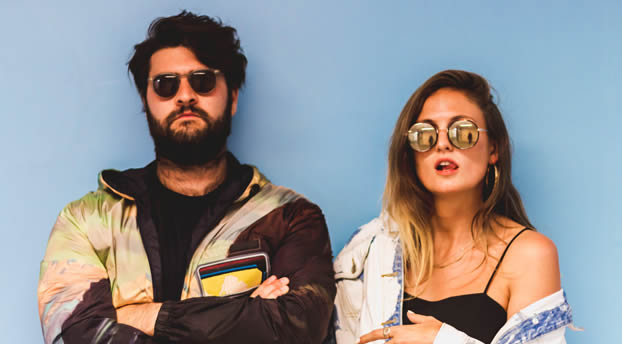 Perth-based, electro-pop duo Leopard Lake have returned with their sophomore offeringFurther; an up-beat, off-kilter jam about love that exists in other worlds.

Further brings the warm vocals of Storm Wyness to the center, shedding the synthetic touches of last single Thinking Of You to create a more organic sound.

“We were really into creating this sort of science-fiction-romance pop song. Lyrically, it’s quite over the top and dramatic in theme,” said Wyness.

“But, at the bones of it, its about having your head stuck in the past and trying to get back to a feeling or some perfect moment in time.” “Further is based on the idea of parallel universes, particularly around a relationshipthat is neither real or imagined but hidden in another reality,” said producer, Sam Ford.“The instrumentation follows that idea with a looped out beat tripping over itself like fireworks. The song has relentless flow in a way that has no beginning or end.”