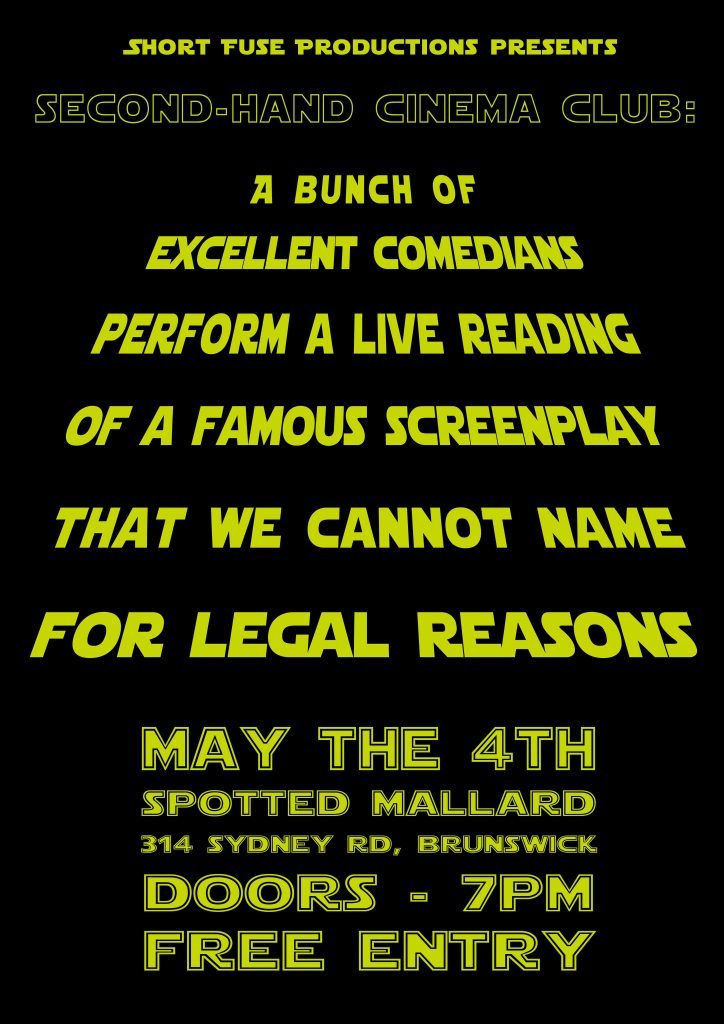 A low-fi, live reading of a famous screenplay (that we can’t name for legal reasons) by some of Melbourne’s best comedians!

This month’s cast is a who’s who of the alternative Melbourne Comedy scene, featuring a selection of award-winners and nerds alike!

FRIDAY MAY THE 4th!

The Spotted Mallard opens at 6pm for dinner, show starts at 8pm.

FREE ENTRY – but reserve your table via the link right here