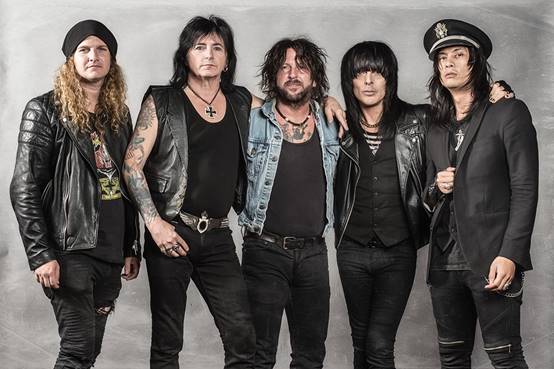 Since Phil Lewis began his musical career in the late 80s, he’s brushed shoulders and played with some of the most well-known rock stars, some still on the scene today. As the singer for glam rockers LA Guns, the music he’s released has had a massive impact on those that were on the scene when he started out, and still inspires many today – of course, not everyone is going to love what LA Guns do. “I get a lot of compliments, I’ve been slagged off a bunch of times too,” he says, his English accent balanced with an American twang. “It’s always nice when people say nice things about you but the public can be fickle – they’ll love you one day and they’ll hate you the next.

“I’ve been in both sides because I have been doing this such a long time now, it’s inevitable I would see all kind of aspects. It’s still a great job I can’t think of anything I’d rather be doing and I don’t know how I feel personally, about my influence honestly – you’d have to ask them I suppose.”

Though Lewis isn’t based in Los Angeles anymore, hanging out on Sunset Strip played a massive part in propelling his career in those early days, though those of us who’ve weathered the streets that so many stars have stepped are often disappointed with what we find. “People have an expectation for it to be like it was in 1978 and it’s not, it’s not even like it was in 1988,” Lewis says firmly. “It’s a bit of a shadow of its former self to be honest with you – venues closing down left right, the West Hollywood scene, the Sunset Strip scene, is roughly 10% of what it used to be and I can understand how that might be [a] disappointment for people but that’s the reality of it.

“I’m in Vegas now, just down the road by LA standards, because I couldn’t bear how populated LA’s become. The density of people, it got to me. It wasn’t like that when I first moved out. It’s just filled with people that really have no business being there. People like the weather, they like the lifestyle or whatever, but it’s just so overpopulated, so expensive. It’s hard to do anything – it’ll take you an hour in Hollywood to drive ten miles. I couldn’t bear that.

“I know we [LA Guns] are very much diplomats for Los Angeles, Southern Cali, that whole Hollywood scene, but I agree, it’s nothing like it used to be. It always was fake, let’s be very clear about that. It’s a shallow town, you just scratch beneath its shiny, gold surface and its rusty tin underneath it, and it always has been that’s just the nature of LA, it’s a bit of a whore.”

Groups like LA Guns ultimately had to break through the greasy film that covered Los Angeles to get out and perform elsewhere – and now, they’re here. LA Guns are on Aussie shores with the “original” lineup, a roster that sees Lewis reunited with founder and bandmate Tracii Guns. “Yeah me and Tracii – we’ve never played there together – we’ve both been very in separate projects so this’ll be a first for us,” says Lewis. “There aren’t many new firsts we haven’t done so we’re really looking forward to it. It’s good to be in LA Gus right now.”

Still experiencing firsts some 25 years into their career, Aussie fans can expect a fresh injection of life into classic LA Guns repertoire, all because of one element that exemplifies their bond – chemistry. Chemistry between players, musicians, is very important, fundamental,” says Lewis. “Even though you can have two guys playing the same guitar part, the same song, it’s gonna have subtle influences that are actually quite different.

“Tracii, his playing, his style when we work together, he puts a flame up my arse. He makes me work harder than anyone else, than any other guitar players. There’s just something about the chemistry between me and him when we’re together and that we bring out in each other, that’s very unique and I haven’t felt that with anyone else.

“To have that partnership with somebody that who music just flows through his veins 24/7, he lives and breathes guitar music and it’s great, especially after a hiatus of well over 15 years. There’s something hard to put into words, but it’s a chemistry. 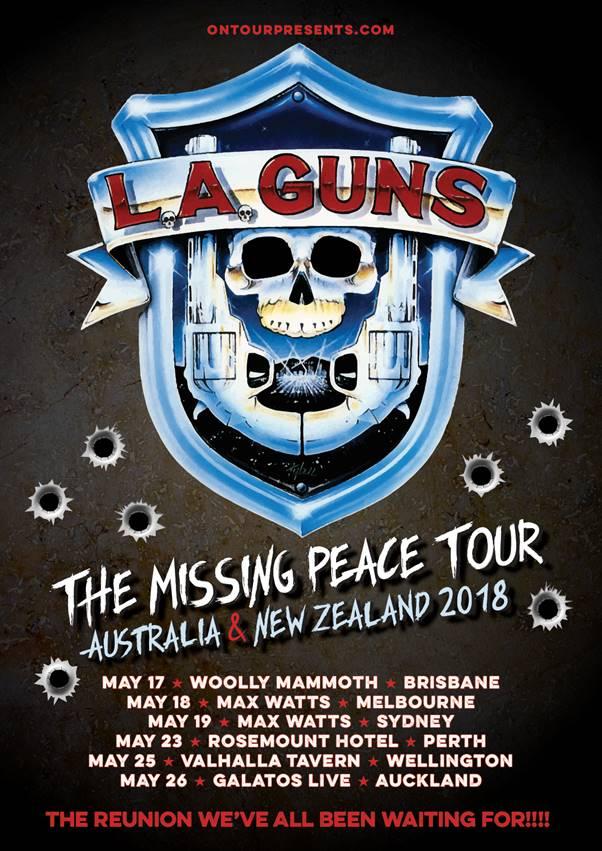