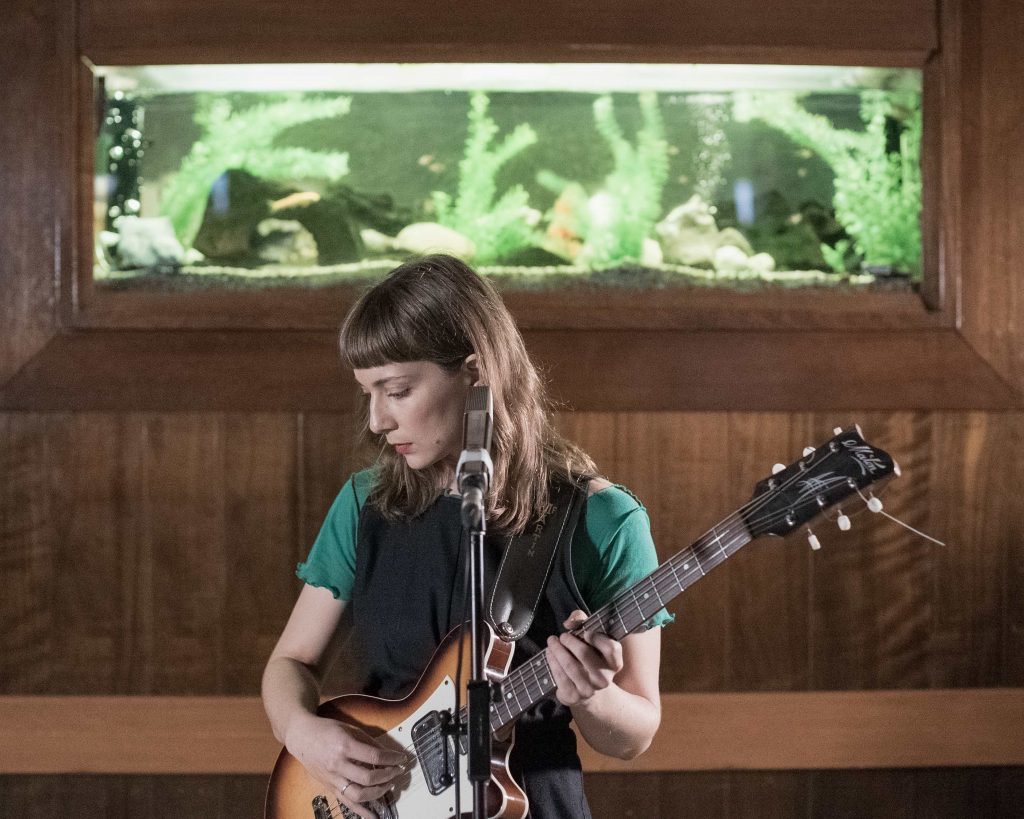 Hannah Cameron’s voice is that of pure awe. The disarming young alt-folk artist has been carefully crafting delicate refrains to match it for the last few years, growing ever grander with each release. Her latest single ‘What’s It For’ is a striking culmination of this, which has already seen Cameron rally an influx of devoted fans, multiple spins on triple j, inclusions in Spotify’s Deep Dark Indie and Electric Grit playlists, and a recent addition to rotation on Sydney’s FBi Radio. Now, the distinguished singer songwriter is excited to reveal a new live recording of ‘What’s It For’ and announce an east coast album tour just around the corner.

Recently lifted from Hannah’s forthcoming album I Lay Where You Lie coming Friday 8 June, ‘What’s It For’ observes the rapidly shifting changes we face amidst the digital age and relishes in the simplicity of times bygone. Shot at the refreshingly obstinate Railway Hotel which hasn’t changed a crumb in the past 45 odd years, this flawless live performance strips ‘What’s It For’ back to its humble scaffolds and finds real strength there. Directed, filmed and edited by Andy Johnson with sound tracked and mixed byJono Steer, the video gives a glimpse into the raw and honest storytelling of Hannah Cameron live.

“We shot the video at The Railway Hotel in Fitzroy North. It’s this wonderful establishment, which has somehow managed to shirk the gentrification that has swept through every other Melbourne pub on this side of town. I wrote What’s It For about the way that we, often unwittingly, allow external forces to influence our behaviour and our relationships and it just kind of struck me that this was a place that had remained true to itself for decades despite all the movement and transformation going on around it. So between that and the fish tank it felt like the perfect backdrop.” – Hannah Cameron

A taste of what’s to come, the video celebrates the announcement of an East Coast album tour taking to Melbourne, Brisbane, Sydney, and regional Victoria, kicking it all off with a pair of shows at Bello Winter Music Festival. Having opened for the likes of Broads, LULUC, Leah Senior, Coda Chroma and more, Hannah Cameron live is an absolute treat, and this is your chance to see her at her finest yet. Do not sleep on it.

Saturday 18 August
The Bridge Hotel, Castlemaine
Tickets on the door

‘What’s It For’ is out now via iTunes / Bandcamp / Spotify