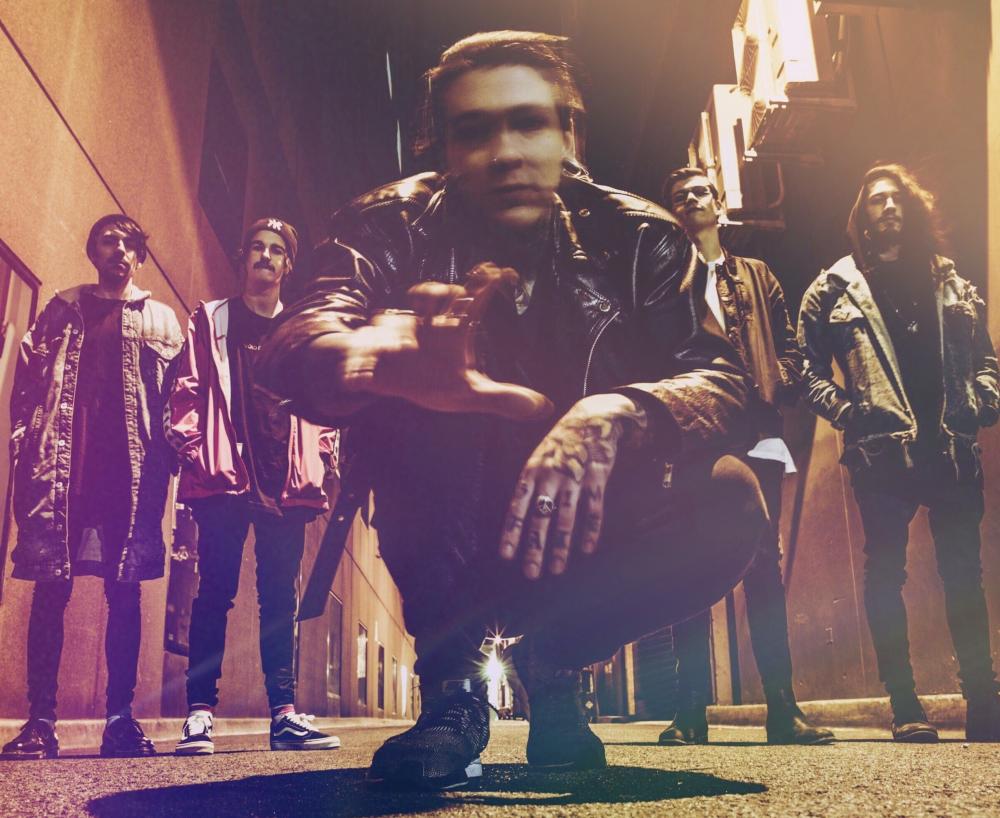 Last month Melbourne’s BLKLST announced the imminent arrival of their new EP “Hard to Swallow”. Out on Friday October 26, the heavy record saw it’s announcement and the premiere of the first single “Hypocrite” at Germany’s Everything is Noise website. Today, they are serving up the next “Phase” of the record.

New single Phase is a hard hitting track with an agressive but melodic vocal – and a neon and latex -tinged filmclip. Vocalist Joshua Westwick said that “Phase is about that one person who can influence you to do things you normally wouldn’t. Things that are ultimately bad for both of you. It’s about destroying yourself and drowning in someone’s toxic environment because of how much you care about them. This Music Video was filmed in The Loud Noise Estate’s drum tracking room. This clip was a last minute decision and we just wanted to have fun with it. We are stoked with how it came out!”Since the announcement of the new EP, the outfit from Melbourne have turned heads – the first single Hypocrite being spun on triple j’s The Racket, added to rotation on The Faction Radio, added to Spotify Official’s Homegrown and Heavy playlist, the clip being played on Rage, and killyourstereo.com saying that Hypocrite is BLKST is at “…not only their most dynamic and darkest here, but also at their most interesting too.” Metal Hammer/Louder also saw something special in the band and wanted to know more about their influences (with the obvious flavour being Deftones) and had them put together their favourite Deftones tracks of all time.
The Hard To Swallow EP was produced and engineered by Evan Lee at STL studios Sydney, with additional engineering by Sonny Truelove & was mixed and mastered by Evan Lee and Ash Dawsat The Loud Noise Estate. For those new to BLKLST – the band was Formed in 2015 and have made their mark quick off the bat. Establishing themselves on the heavy music scene with a crushing live show and a decimatingly heavy sound, the band quickly chalked up supports with bands such as Make Them Suffer, Deez Nuts, Alpha Wolf, Earth Caller and Justice for The Damned and interstate runs with Boris The Blade.

The new EP will see its release into the world on Friday October 26 into iTunes & Apple Music, Spotify, Amazon and more. Pre-Orders are now open at all good digital stores and streaming outlets.
Tagged: Australia, Blklst, Melbourne