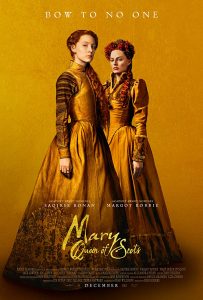 Forget Game Of Thrones and forget The Walking Dead brand new film Mary Queen Of Scots is going to show that the battle for supremacy in our own real world history is more intriguing than anything that Hollywood could ever dream up.

The film chronicles the struggles that both Mary Stuart (Saoirse Ronan) and Queen Elizabeth I (Margot Robbie) had against the threat to each and also the threats and obstacles that presented themselves amongst their own Kingdoms. Both are strong women from our past and both are brought to life brilliantly well by the talented Roan and Robbie.

For Robbie this was a chance to do something a little different seeing she will be playing in Harley Quinn in three new DC films slated for the next few years and she says that the idea of playing Queen Elizabeth captivated her from the start.

“The script was amazing,” she says. “As soon as I read it I knew that it was going to be something special. The idea of Saoirse playing Mary and Josie directing there was definitely a sense of girl-power around this project and there were already so many other women on board that I admired. It was not a character that I immediately gravitated towards, Elizabeth herself, the movie and the idea was very enticing and I really wanted to work with Saoirse. I had met her personally and loved her the moment that I had met her and I have been watching her work for years and I think she is incredible and then the moment you talk to Josie you see that she is so smart, she had such a relatable perspective on this story and I wanted to be part of it. I guess the short answer is I just didn’t feel worthy of being Elizabeth and that is why I originally passed on the movie. I said this is going to be an incredible movie but I am not the right actress, you should get somebody else to play Queen Elizabeth… somebody else will be a way better. But Josie was relentless and  she said ‘I want it to be you’ and I said ‘why? Why me? I can think of ten other actresses who could play this a lot better than me.’ That was when she said “I don’t want you to play a Queen I want you to play a woman.” And I was like “Yeah I can do that, I can definitely do that.”

Going away and doing some research also changed Robbie’s perspective on Elizabeth as a character. “Then I felt empathy for her,” she explains. “I really felt for her, to me she had a really tragic life, before that my image of her had been grand halls and servants, I guess I assumed that Elizabeth had had a really easy life, a very cushioned and luxurious life when in reality it was anything but.”

She says that history has also changed how people viewed the relationship between Mary and Elizabeth. “I think history has painted them as two rivals, one big cat-fight,” she says carefully. “But I think they both yearned, certainly I believe Elizabeth yearned, for that shared experience, that bond – that relationship and there was just constantly men in the way conspiring to keep them apart and pt them against each other. Their relationship was extremely complicated because on what hand that yearned to find that bond and almost feel comforted by the fact that somebody understands the position you are in, that had a very special sisterhood and there are many letters that showed how intimate they really were, but at the same time the mere existence of one threatened the existence of the other so there was constantly male advisors in their ears, conspiring against them and warning them. I enjoyed finding that inner conflict inside Elizabeth that really wanted Mary to succeed, because that would show that you really could rule with your heart and it would work.”

Mary Queen Of Scots opens in Australia on the 17th January. 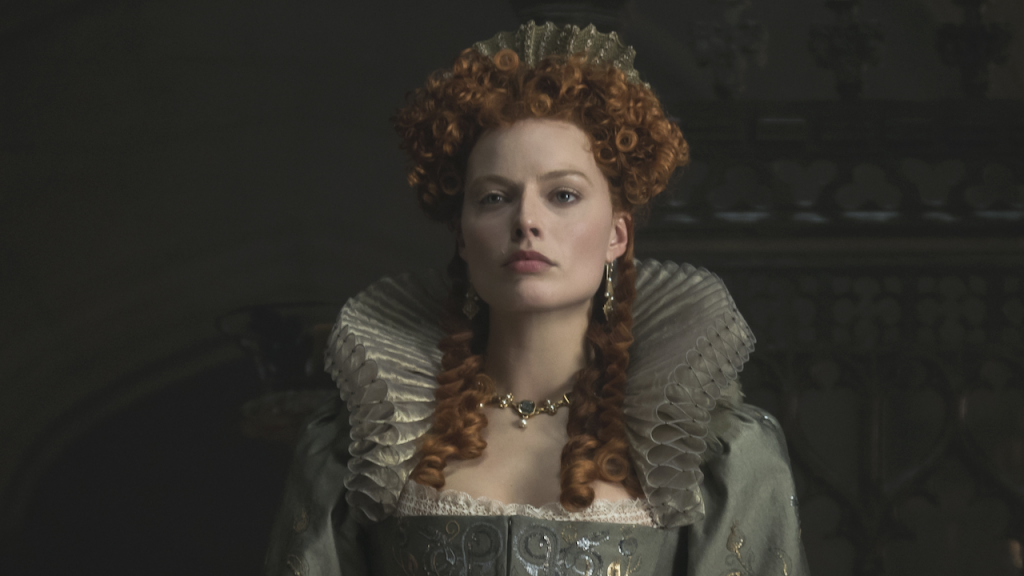