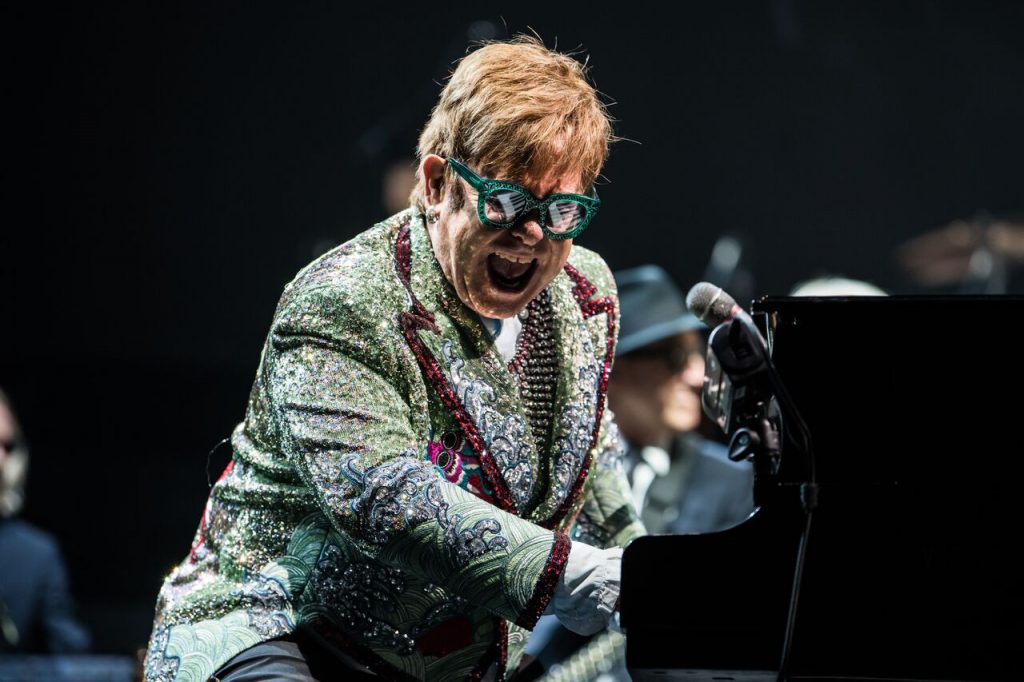 Between December 2019 and February 2020, Elton John will traverse Australia and New Zealand, in what will be the legendary music icon’s most extensive tour of the region to date. The tour will kick off with record breaking back-to-back appearances at Perth’s HBF Park (formerly nib Stadium) on Saturday 30th November and Sunday 1st December 2019, a huge 48 years on from his first ever Australian show, which took place at Perth’s Subiaco Oval on 17th October, 1971.

Elton will deliver his famed songbook to spellbound audiences, on his very last tour, playing across a mammoth run that includes Capital City concerts, along with stops at some of Australia’s finest outdoor venues from the Hunter Valley’s Hope Estate to Rutherglen’s All Saints Estate, Rochford Wines in the Yarra Valley,Queensland’s Sirromet Wines, Victoria’s Hanging Rock and Bathurst’s Carrington Park, with additional dates, including North QLD, to be announced later in 2019.

“Elton’s continuing love affair with Australia knows no bounds, proven by this farewell tour, and the breadth and depth of the itinerary, showing his commitment to his many Australian fans”, said promoter Michael Chugg. “On his very last tour, he wanted to return to some of his favourite cities, while also playing for fans in a couple of never-before-visited locations.”

Beginning in Pennsylvania, USA in September 2018, Elton John’s three-year Farewell Yellow Brick Road global tour has already been hailed as one of his most“energetic, dazzlingly-original and joyful celebrations”. Elton’s legendary catalogue, including beloved songs ‘Bennie and the Jets’, ‘Rocket Man’, ‘Tiny Dancer’, ‘Crocodile Rock’, ‘Philadelphia Freedom’ and more, are showcased in a musical masterpiece that is a “reflective and stunning tribute to a great artist’s career” (NME), also celebrating his 50-plus year collaboration with lyricist Bernie Taupin – one of the great song-writing partnerships of all time.

The milestone itinerary comprises more than 300 shows across five continents, spanning three years, with stops in Europe, North America, Asia, South America, Australia and New Zealand, and marks the last tour of its kind by the celebrated songwriter and iconic showman.

“Playing live to other human beings is the greatest gift any artist could ever have”, said Sir Elton at his Chicago show.

Audiences will experience a rare glimpse into Elton’s life, and the deeply personal meaning behind some of his greatest hits, via mesmerising, never-before-seen images and videos displayed throughout the show from his incredible 50-year career. Complete with brand new stage production, and tour wardrobe designed by Italian fashion house Gucci, Elton John’s Farewell Yellow Brick Road global tour is intimate and personal, while also spectacular and daring.

He will be joined by longstanding band members Nigel Olsson on drums (part of Elton’s original three-piece band in 1970), esteemed musical director DaveyJohnstone (who first recorded with Elton in 1971 and joined the band a year later) on guitar, virtuoso Ray Cooper on percussion, Matt Bissonette on bass, John Mahon on percussion, and Kim Bullard on keyboards.

Sir Elton John said, “I always love coming back to Australia. Ever since my first visit in 1971 it has held a very special place in my heart.” Elton’s enduring history with Australia is evident across the years, notably in 2012, when he opened the Perth Arena, and most recently delivering the final performance at the Sydney Entertainment Centre [since demolished], in December 2015.

He bids farewell to the road almost fifty years on from his debut Australian show, having played 196 concerts and performing to more than 1.5 million people across the country in that time. Since his career began in 1969, he has performed a staggering 4000-plus shows in more than 80 countries.

The performer said that after the tour finishes he looks forward to “coming off the road and dedicating more time to raising my children”.

“I’m ecstatic and humbled to continue to play for audiences across the globe. I plan to bring to my final tour the passion and creativity that has entertained my fans for decades…It’s the most produced and fantastic show I’ve ever done. I want to go out with a bang…” – Elton John

Garnering rave reviews at sell-out shows across North America, Elton John’s curtain call will be the last chance to catch this legendary performer touring in Australia.

More than a concert; an unforgettable memory! 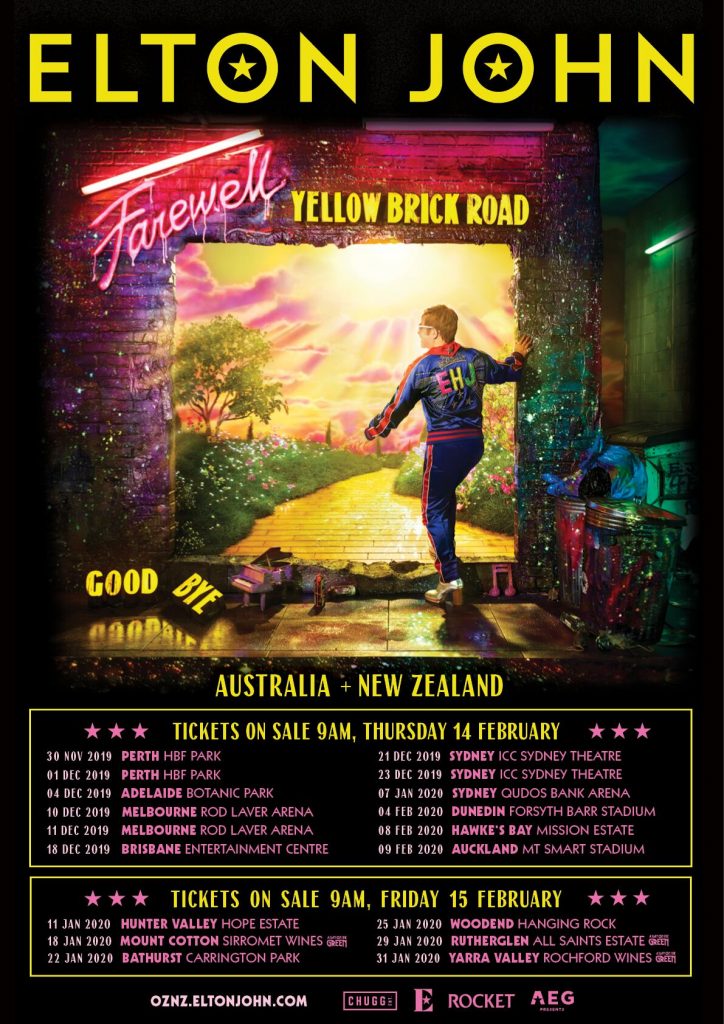