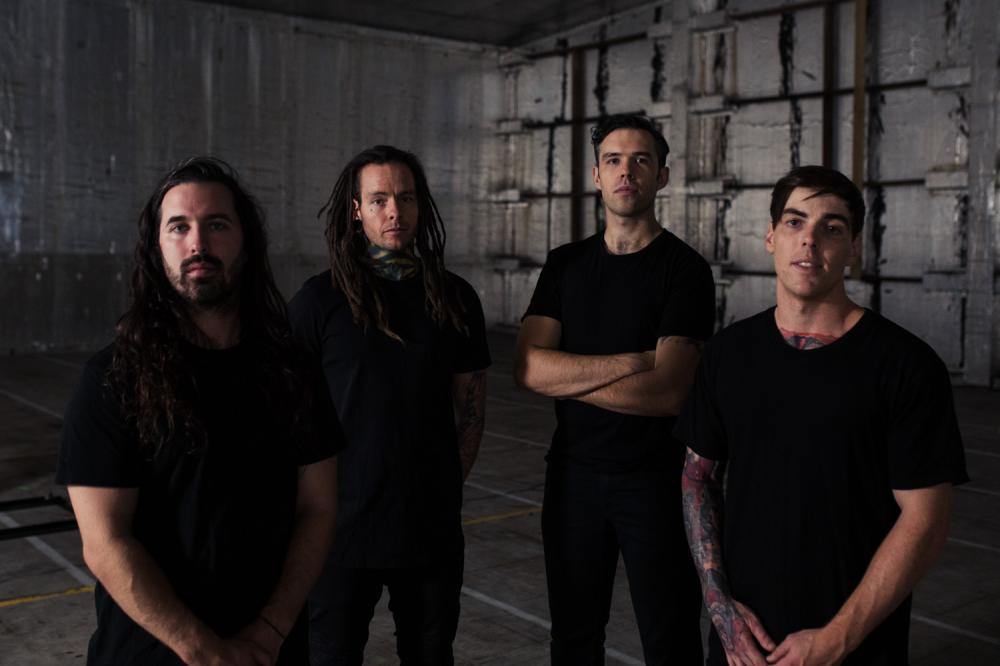 Victorian Hardcore crew MIRRORS are returning to the fray of the Australian hardcore and heavy scene with their heaviest and toughest offering to date. They will be releasing their new EP ‘Cold Sanctuary’ on Friday May 10th, with pre-orders live right now at all good online platforms and streaming outlets. The four-piece have also given the world the first taste of the record today, releasing the title track and a video.2019 will see the band’s ceaseless efforts coalesce with the release of their 2nd EP “Cold Sanctuary”. With their first EP establishing a commentary on the world around them, “Cold Sanctuary” ventures inwards. With maturity comes introspection, and this new effort delves into the psyche, trying to navigate and make sense of the chaotic chatter of our inner most thoughts, begging for reprieve. To compliment this unrelenting theme is a backdrop of earth shattering production, rivalling any band on the world stage, bringing their deepest, strongest and most dynamic compositions to date alive. ‘Cold Sanctuary’ is a reflection on decades of experience and work among the collective that is MIRRORS. Bear witness!‘Cold Sanctuary’ was Produced by Ionei Heckenberg (Ocean Sleeper), was Mixed and Mastered by Lance Prenc (Gravemind, Alpha Wolf, Pridelands) and the Vocals were recorded by Scottie Simpson (Alpha Wolf). Vocalist Patty Goodman, says that Cold Sanctuary, the title track of the EP, “…explores the terrifying state between wakefulness and sleep. arguably self inflicted, a female entity torments and strangles the one constantly stuck in this state.”
Formed in late 2016 by Gippsland natives Patty Goodman (vocals) and Tyson Taifer (guitar), metalcore outfit Mirrors quickly turned the eyes and ears of Australian listeners towards Regional Victoria with the release of their debut EP “Fool’s Paradise” in 2017. The 6 track release revealed the sound and delivery of a unit that had been functioning for many years, but after a mere 12 months of their existence they were invited to play alongside Parkway Drive, Architects and many more at the hallowed Unify festival. Backed by fellow long time friend Jake Mackin (bass) and recently enlisted Melbourne based drummer Rob Brens, the four piece followed up their EP with the release of the single Circus, which showed a staggering step up in sound, maturity and production. From here, Mirrors set about bringing this evolution to clubs around Australia, supporting the likes of Thornhill, The Devil Wears Prada, Ocean Grove and Alpha Wolf just to name a few.
MIRRORS’ ‘Cold Sanctuary’ EP will be released on Friday May 10th. Pre-orders are going live this Friday, March 15 at all good online platforms and streaming outlets, and first single ‘Cold Sanctuary’ will be available for sale and streaming same day.
Tagged: Australia, Gippsland, Melbourne, Mirrors