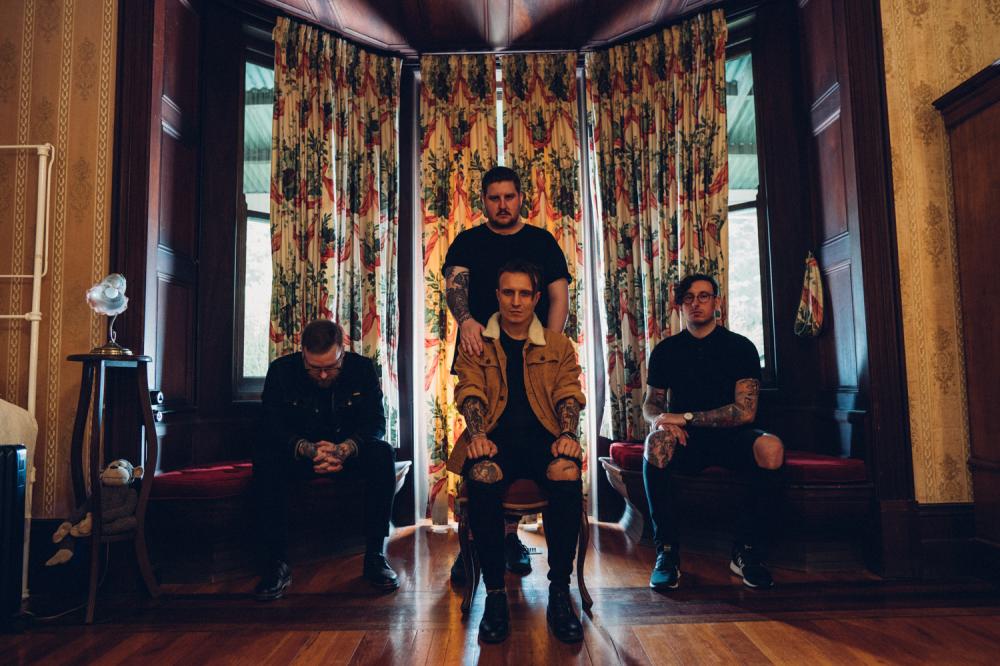 Brisbane’s melodic hardcore quartet She Cries Wolf took the Australian Heavy Music scene by surprise late in February with the surprise-release of their third full-length ‘Liar’! Teasing the record anonymously with the hashtag #everyonelovestheliar in the weeks prior, they unleashed it on February 22. Now today, they are announcing that in May 2019, they will take it all around the country alongside their mates in Heists on the Australian Liar Tour, presented by Black Sun Bookings. Tickets are on sale now for the tour dates in May at blacksun.oztix.com.au.She Cries Wolf’s album Liar has turned heads with its uncompromising fury and agression – with Hysteria Mag saying that they “…dive deep into fear and loathing for a strong and surprising return.”, killyourstereo.com espousing that “She Cries Wolf haven’t sounded this malevolent, this bleak, nor this aggressive, and the proof is really in the pudding of how well that’s paid off for them.” and Depth Magazine praising the emotional honesty of the record, saying that “Liar is an expunging of fury, standing up for oneself, seeing promises through, facing blame, and seeking for others to take responsibility, even if this means that you end up alone; the truth mattering more than popularity. The result is something surprisingly artful…”The Australian Liar Tour takes She Cries Wolf and Heists to Melbourne May 17 at Last Chance Rock N Roll Bar, Adelaide May 18 at Crown & Anchor, Canberra May 24 at UC Hub, Sydney May 25 at Factory Floor, Brisbane June 1 at Crowbar Brisbane and Perth at Amplifier on June 2.

Joining She Cries Wolf on the Australian Liar tour at Heists from Sydney. Heists dropped their monstrous latest single ‘Defeated’ late in 2018 on December 12 and have been riding its popularity since. Heists have previously taken the stage alongside artists such as The Plot In You, Stick to your Guns & Terror, Deez Nuts, Dream On Dreamer and more. She Cries Wolf‘s brand new album ‘Liar’ is out now at http://bit.ly/SCW_liar – and tickets for the Australian Liar Tour are on sale now at blacksun.oztix.com.au. 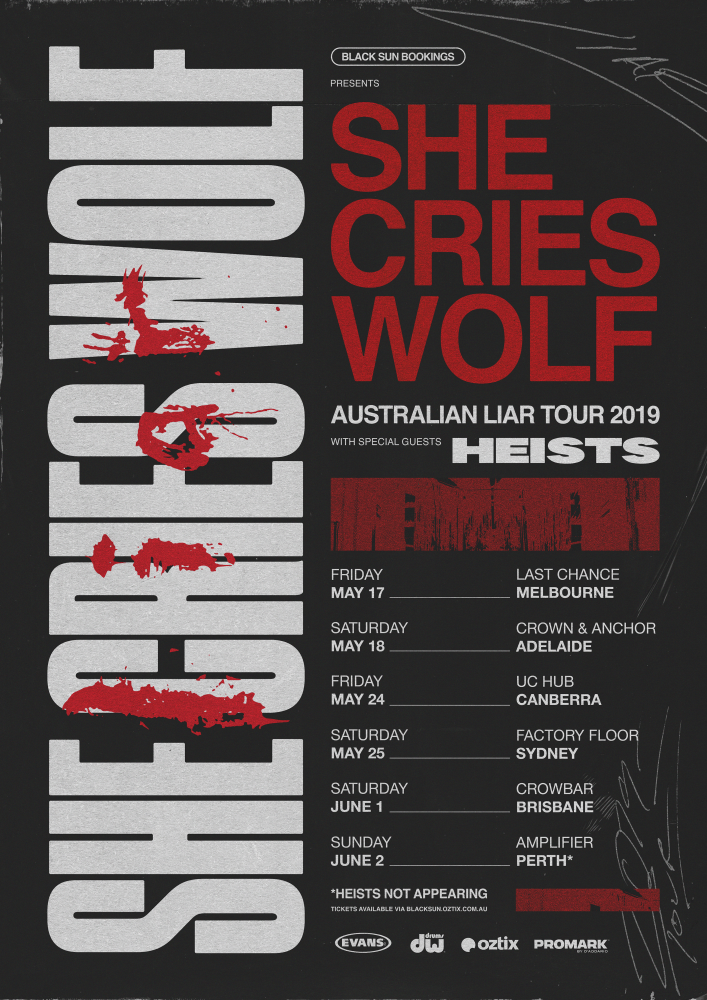