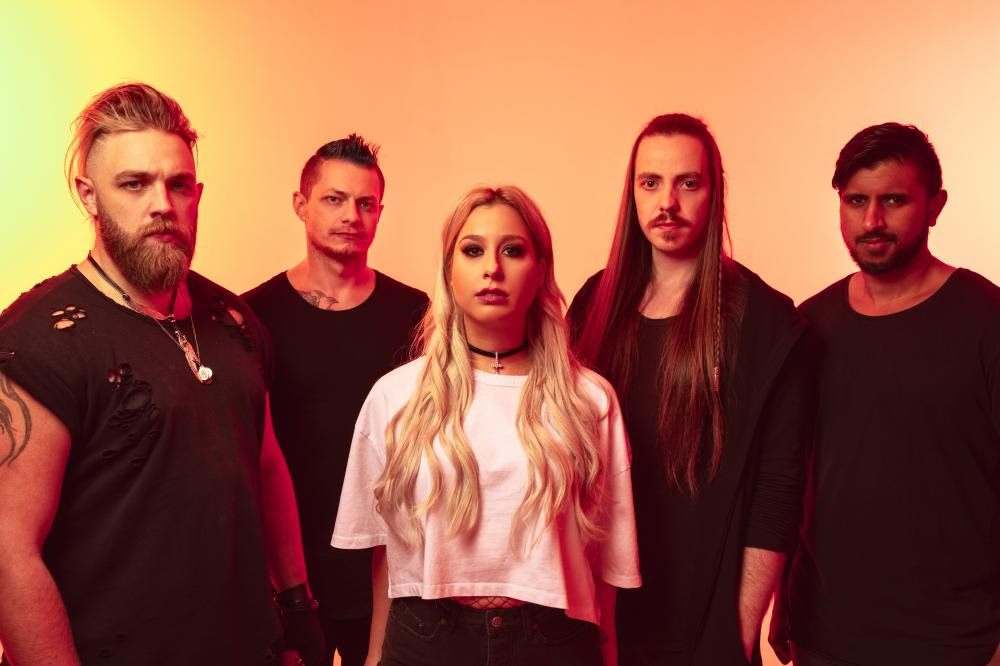 The Last Martyr are today announcing the release of their EP ‘Creatrix’ on Friday April 26. Originally slated for an earlier release – and under the name ‘Out of the Black’ – the band decided to shift the focus when they received the final product – feeling that ‘Creatrix’ represents the transformative theme of the songs and the artwork far better. Today, they are dropping a new taste of the record in their song ‘Fear’ – and released an abstract and emotive filmclip for it as well. Pre-Orders for the EP will be live Friday March 8 at ffm.to/TLM_creatrix and the ‘Fear’ single will be live for streaming and purchase March 1 as well at ffm.to/TLM_fear.

Vocalist Monica Strut explains the lyrical themes of the single. “There are two main concepts to ‘Fear.’The first is about realising that sometimes your fears aren’t your own; they are the fears of others projected onto you. This is almost always because your actions are bringing up someone else’s own limiting beliefs and insecurities which they haven’t been able to overcome. The second concept is really about the fact that in order to live life to the fullest, we need to overcome our own fears and limiting beliefs and we have a responsibility to encourage others to do the same. Fear is our brain’s way of protecting us from danger. I believe that life is not necessarily about being ‘Fearless,’ but about rationalising our thoughts and taking action regardless.”

The vivid clip for the single ‘Fear’ (which took over 12 hours to shoot at DCF Studios in Northcote before wrapping up with the milk bath scene at Monica’s house around 11pm) was directed by Her Name Is Murder Productions – who have worked with acclaimed artists such as Sepultura, Thy Art Is Murder and Ocean Grove. Strut explained what they wanted to portray with the video. “We wanted to go with an abstract theme to demonstrate the complexities of human thought around the topic of ‘Fear.’  A mirror motif is used throughout to not only highlight the way in which others project their own fears onto you, but also the fact our fears stem from the inner workings of our minds, as opposed to anything external. Our fears leave us trapped because they distort reality, so we tried to emulate this with many of the scenes.”

The Last Martyr’s previous singles ‘Into The Black’ and ‘Stay Awake’ saw the band achieve national radio play on triple j (Stay Awake on both The Racket and Home and Hosed) and rotation on The Faction. ‘Stay Awake’ also attracted the attention of Butcher Babies’ Heidi, who added them to her ‘Sisters That Slay‘ playlist alongside the world’s best female voices in heavy music.

The ‘Creatrix’ EP will see its release on Friday April 26 2019 and will be available for pre-orders Friday March 8 at ffm.to/TLM_creatrix. Single ‘Fear’ will be live for purchase and streaming Friday March 1 at ffm.to/TLM_fear. For more information about The Last Martyr, go to facebook.com/thelastmartyr.