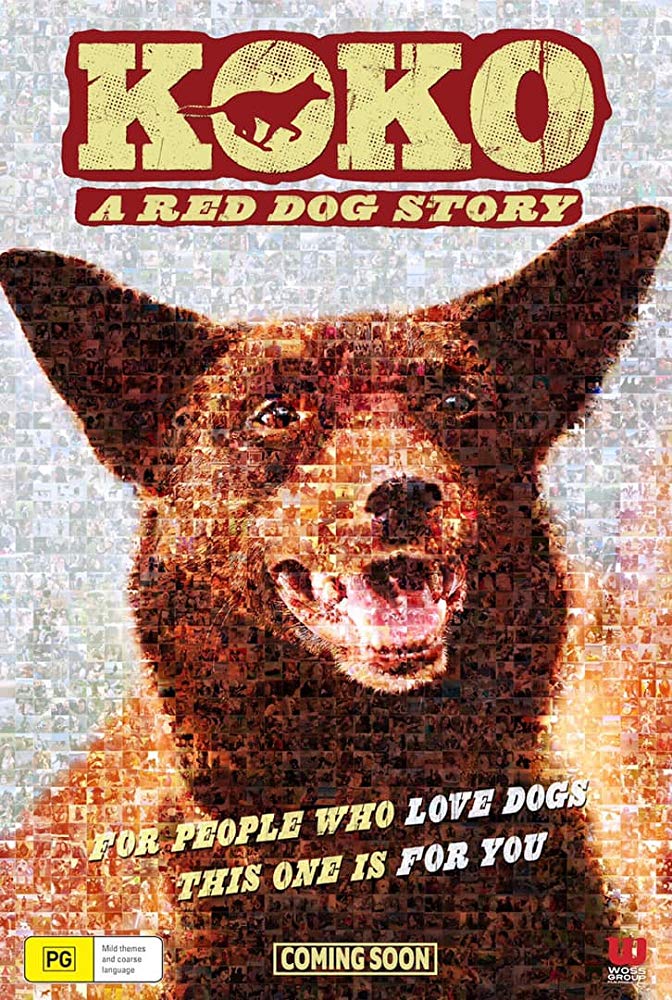 Roadshow Films is set to release another film in the successful RED DOG franchise in cinemas on December 5th, 2019.

KOKO: A RED DOG STORY is a Woss Group Film Production, receiving principal funding from Screen Australia in association with Screenwest and Lotterywest.

The film follows the story of Koko – the dog who played Red Dog in the first film and appeared in RED DOG: TRUE BLUE.

“It’s a love story about why we love dogs,” said producer Nelson Woss. “Koko had an amazing life and his impact on people and communities is his legacy. The release will work closely with animal shelters and community-based charities offering them the opportunity to use the film for charity events & screenings”.

Roadshow Films, who distributed and executive produced the 2011 box office smash-hit RED DOG and RED DOG: TRUE BLUE in 2016 – will distribute the new film in Australia alongside Good Dog Distribution.

“Red Dog found a place in the hearts of all Australians in 2011 to become a box office smash and an instant family favourite. We are thrilled to be distributing the next chapter in this incredible canine adventure” said Joel Pearlman, CEO Roadshow Films.