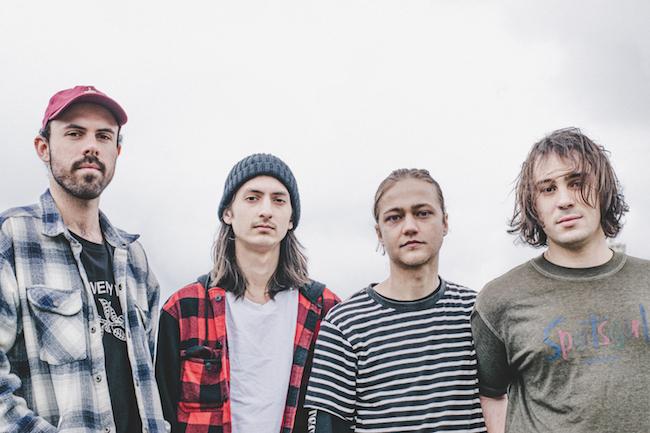 Sydney alternative rockers Clouder have started to make an impact on the local scene with live shows alongside artists such as Tape/Off, Sketch Jets and The Lazy Eyes on the back of their 2018 debut single which saw them garnish radio play. Now Clouder and back with a brand new single and video titled ‘Stars & Clouds’ and have just announced a launch show on December 20th at Oxford Art Factory Gallery Bar.

“Yeah I went to university with Luke’s older brother,” explains Clouder’s Borna Crvelin as Subculture chats to him about how the band started at uni. “He, I and another class-mate of ours got to together to create a song and that song just happened to be the very first version of ‘Stars & Clouds’ which is our most recent single. As we went through that process I asked Luke if he wanted to start a band and he agreed. So we went out and found the people, then we started to write, record and rehearse and that brought us to January this year when we played our first show… and it has been pretty good so far.”

Everyone that hears Clouder comments on the very 90s sound that the band has but Crvelin says that influence didn’t really come from what he grew up listening to. “I grew up listening to my Dad’s records,” he explains. “So there was some Pink Floyd, The Beatles and a lot of those classic bands. As I grew up I discovered more of the 90s sound but the band has been influenced by West Coast bands like Duster, Idaho and Low.”

People that turn up to the show on the 20th can also expect something a little bit different from Clouder as well. “We wanted to have a bit of a different approach with this one,” save Crvelin. “We’ve teamed up with Josh McBeek who has become a very good friend of mine and so as opposed to just getting some bands together in a bar or pub we have decided to make a bit of a night out of it. So we’ve got some people that I have met over the years plus some bands that I really like and we are going to put on a show of modern Australian alternative music and I’ve got the director who made the video for ‘Stars & Clouds’ and he is going to do a little side-show of his own personal work and have it on projectors in-between the bands so it will feel more like an art installation rather than just a bunch of bands.”

You can take a listen to the full Clouder interview below.