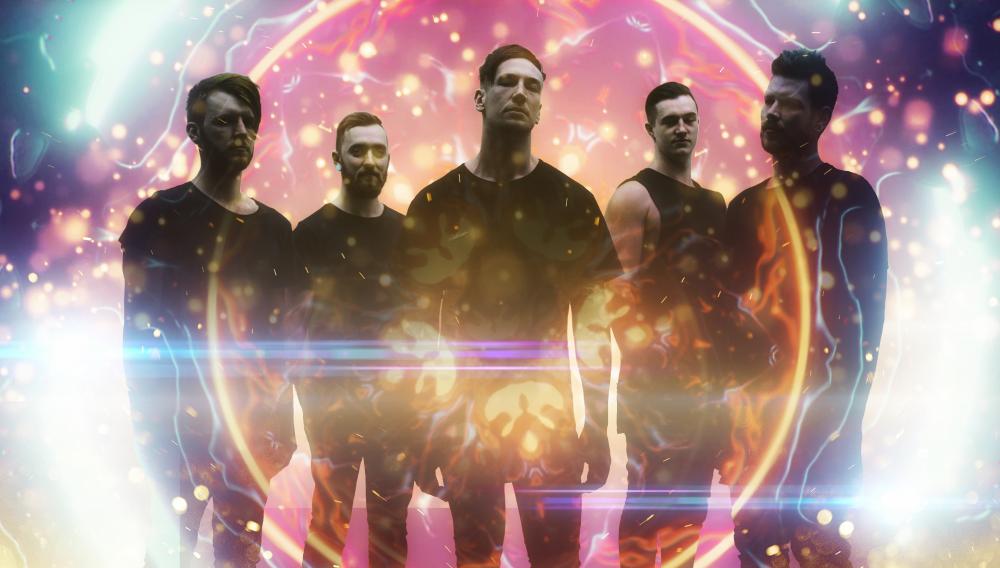 Sydney metalcore outfit Harroway have exploded onto the scene with their debut single ‘Shine’ and after just one listen you can easily tell that this is a band that we are going to be hearing a lot about over the next few years. Made up of former members of Maybe I’ll Live Forever, Isotopes and Like Royals the band are already making waves so Subculture decided that it was time to sit down and have a chat with the band’s vocalist Matt Banks.

“We did the normal band stuff,” he explains when we talk about the band member’s past bands. “We did a the local band stuff around Campbelltown, played gigs, released an EP and then we had things like band members flake, they just weren’t committed enough and then bailed. We didn’t want to give up on the whole thing though, we love music… it is our passion. We want to do it as long as we can so we just said ‘fuck it, let’s find some new members.’ “

“It took a long time to find the right fit,” he goes on to explain. “Because some people just don’t want to do it or they see it as a hobby and just don’t want to take it to the next level. Then we found the right guys, but yeah it did take awhile to go from Maybe I’ll Live Forever to Harroway. But now we are back at it and stronger than ever.”

One of the first things that hits you when you sit down and listen to ‘Shine’ is the unique sound that Harroway have managed to create. I asked Banks how they arrived at the sound and whether it has evolved over the time they have been together. “I think we have always revolved around that metalcore sound,” he says. “During the writing process though I think that deathcore sound kind of crept in there and I think the metalcore died off a little. Essentially though I think it is just what we wanted to hear. I don’t think we are hearing enough of that in the local scene at the time when we were writing, given we did write these songs three years ago, at the time though we really did just write what we wanted to hear and at the time I wanted to hear more up-lifting tracks but at the time there wasn’t really anything coming out like that.”

“The original concept came from the fact that I was listening to a lot of Getaway Plan,” he continues as we talk more about ‘Shine.’ “I was really inspired by ‘Where The City Meets the Sea’, I wanted something upbeat, catchy and hooky but I wanted to make sure that it was ours and that I wasn’t stealing anything from anyone. I was just like ‘I like how this song makes me feel, let’s write a song like that.’”

One of the most amazing things about ‘Shine’ is that the band actually got to record it at the legendary Graphics Nature Audio studio in New Jersey and I just had to ask how that came about. “Well when we were in Maybe I’ll Live Forever we were talking to our producer over here, Sonny Truelove, about how with our next stuff we really wanted to do something out of the ordinary and we were hearing so much good stuff come out of Nature that we were just like ‘fuck it would be so sick if we could just go over there and record in the studio.’ Then a year later Sonny hit us up and was like ‘remember when you said you wanted to record over there? I’ve got this mad hit up with Putney and I’ve got a really good deal because obviously recording over in America is very expensive.’ You really do have to factor in recording costs, flights, accommodation and it ends up being really costly but Sonny ended up hooking us up with this sweet deal that ended up costing us the same amount that it would have to record here so we were like ‘fuck it…let’s go to America!’”

Shine is out now and you can look out for new music from Harroway in 2020.