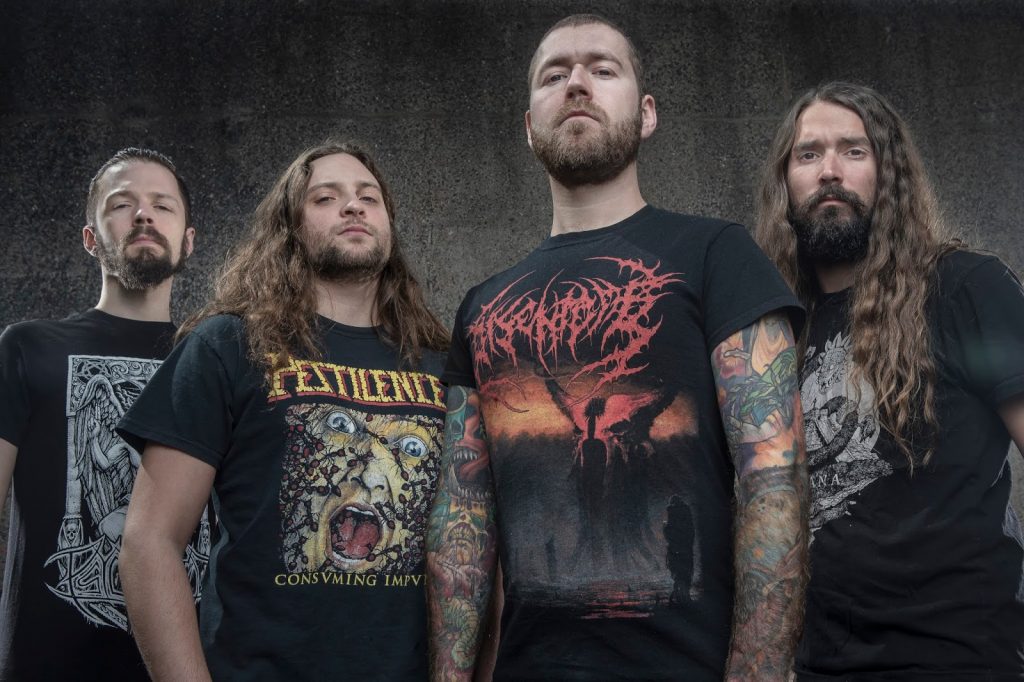 Since its arrival on the stages of Boston’s heavy scene in 2006 Revocation have become a band who have used their unique blend of thrash and death metal to repeatedly change the sound of the genre. That time period has seen them deliver seven studio albums including the Lovecraft inspired The Outer Ones which gained the band worldwide attention.

Now as the band travels to Australia to tour with the mighty Cattle Decapitation we were lucky enough to get the opportunity to sit down and reflect on the band’s career to date with frontman David Davidson.

“It was awesome we played with so many different bands in the metal realm and in the punk scene,” says Davidson talking about Revocation’s early days in the Boston live scene. “We would be doing club shows and small bars, then we worked our way up to the bigger clubs, places like Great Scot and Middle East. That was a cool kind of stepping stone for us because we were like ‘oh wow we are playing at a 200 capped room rather than a 50 capped room.’ Playing at a 200 capped room was a really big deal, but then we were also playing basement shows at these random warehouse shows with punk rock bands and there were random house parties and stuff.”

“It was really cool to be part of that scene because all my friends were part of the music scene in all different ways,” he says continuing. “That made it cool because any given weekend we were all bouncing around at different shows right across the Boston scene.”

At that time Davidson and the band made the decision to change their name from Cryptic Warning to Revocation and even then the band thought that something special was going to happen. “I think it was always the goal,” says Davidson as we talk about whether or not the band ever thought they would reach the point where they were touring the world. “I’m not sure we ever thought it would come into fruition or not because it was hard to tell back them. But I always thought possibly if we remained focussed and I knew there was something special to the music, so I just figured that if I kept grinding it out, kept going, kept honing my craft then eventually people would notice, and yes it has become a career for me.”

The band have had many highlights over the years including touring with the likes of Cannibal Corpse. Their albums now regularly chart with their Deathless and Great Is Our Sin albums both hitting the Top Ten on the US Hard Rock charts. Then came the praise for their last album – The Outer Ones. Those moments certainly aren’t lost on Davidson and the rest of the band.

“When we first started out it was hard to see the trajectory that the band was going to take,” he explains. “We were just writing music for ourselves and to some extent that is what I still do, I have to let the music speak to me first and foremost before I think how it will affect anybody else. We’re not a band that thinks about writing for a particular fan base or anything like that it is really about satisfying this creative drive that we have and to me that is important because then I know that it comes from an honest place.”

“With The Outer Ones it was really just us embracing the death metal aesthetic that has been part of our band since day one but really just turning up the dial on it and really going head on into that death metal realm,” he tells me as we continue to talk about just how well received the tracks have been off the album.

That leads me to ask him how the tracks have been going live and what they have planned for their Australian shows. “The response to the music whether it is on the record or live has been really phenomenal,” he says. “We can’t wait to get to play them Australia so the Australian crowds can witness them, the material is obviously very aggressive because it is super heavy, but we’ll have some twists and turns in there and a few surprises thrown in as well. I think it is going to be a blast playing these tracks for the Australian crowds.”

“It is impossible to play everything,” Davidson continues as we discuss the amazing back catalogue that the band has to chose from these days. “What we do with each new release is primarily focus on the new material. I like that playbook rather than when bands just rehash song from a long time ago. I love it when they explore the new material and we are very passionate about the new material. Whenever we do a new record I think because it is so fresh to us we want to play it so we’ve been leaning pretty heavy on the new material to keep it fresh for us and to keep it fresh for the fans. We’ll also throw in a couple of crowd pleasers here and there so they can expect some new stuff with some crowd pleasers thrown in for good measure.”

The more you listen to Revocation the more you realise that this is band that certainly deserves more respect than they seem to get. With some amazing albums already in their back pocket and this tour with Cattle Decapitation about to hit our shores it seems like now is the right time to discover Revocation if you aren’t already a fan. 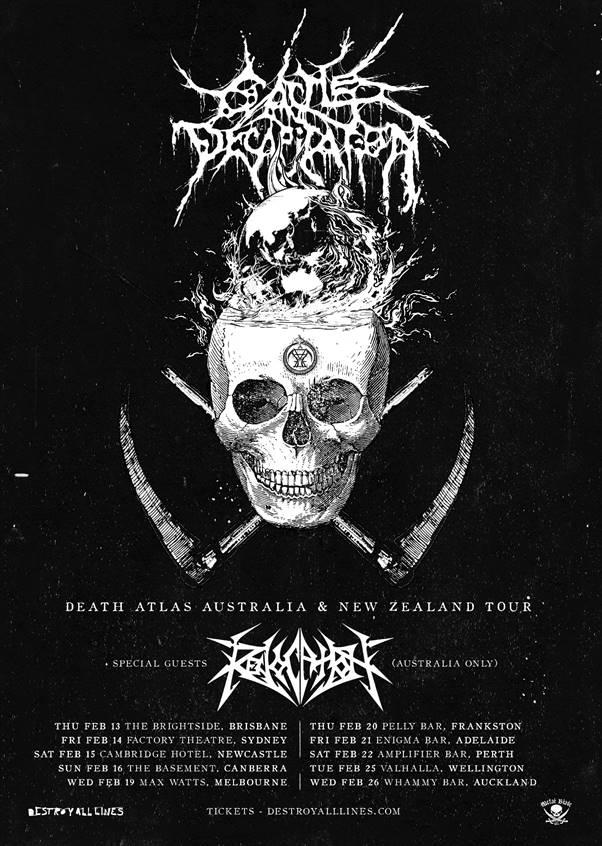