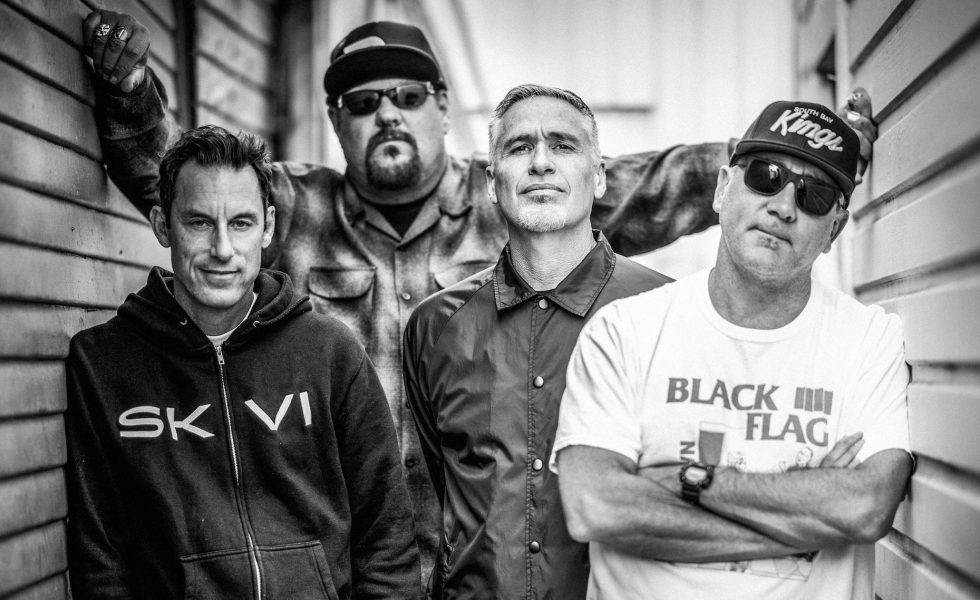 To celebrate the 20th anniversary of Straight Ahead, legendary Hermosa Beach punk band Pennywise today announce that they will be reissuing Straight Ahead as an Australian exclusive limited edition coloured vinyl on January 31.

The limited edition vinyl is only available through the bands Australian webstore.
Pre-Order Straight Ahead LP HERE

Pennywise will be performing all songs from the album and bringing with them long-time touring partners from California, STRUNG OUT and Swedish punk rockers NO FUN AT ALL, giving their Australian fans what will no doubt be the punk rock tour of the year.

The sold out sign for 2 shows on the tour, Gold Coast and Chelsea Heights, are now up with tickets selling fast for all remaining shows. Tour details below.

2019 sees the 20th anniversary of Straight Ahead, the bands highest charting album to date (No.8 on the ARIA charts). The album features the radio hit “Alien” as well as set list favourites My Own Country, Can’t Believe It, Straight Ahead and the Men At Work cover Down Under, which was only available on the Australian CD version. 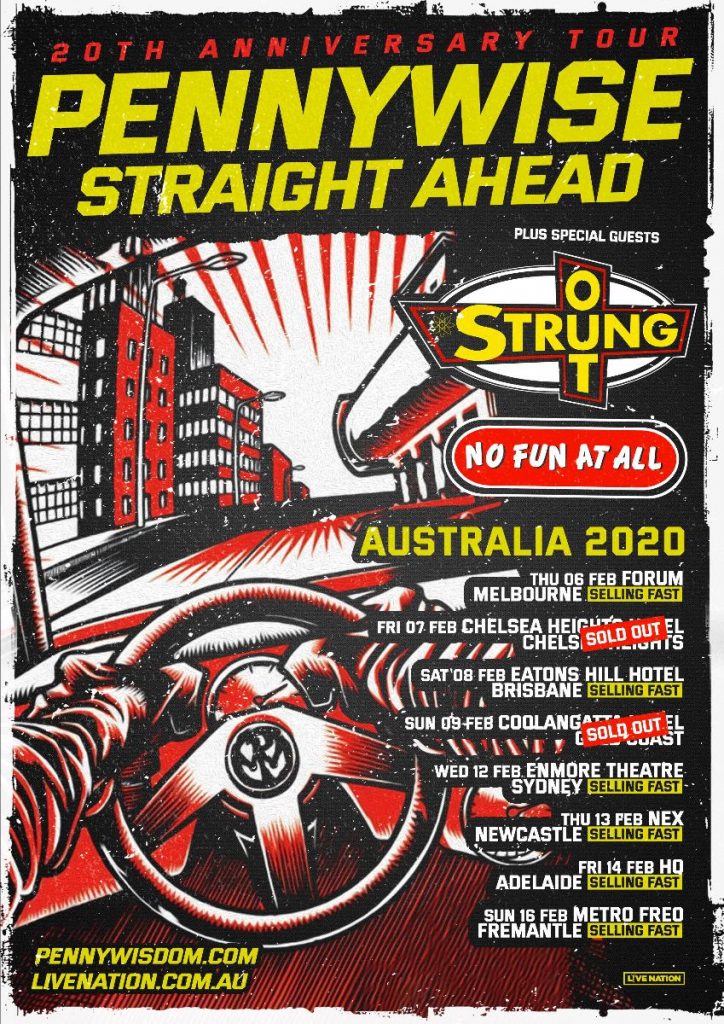