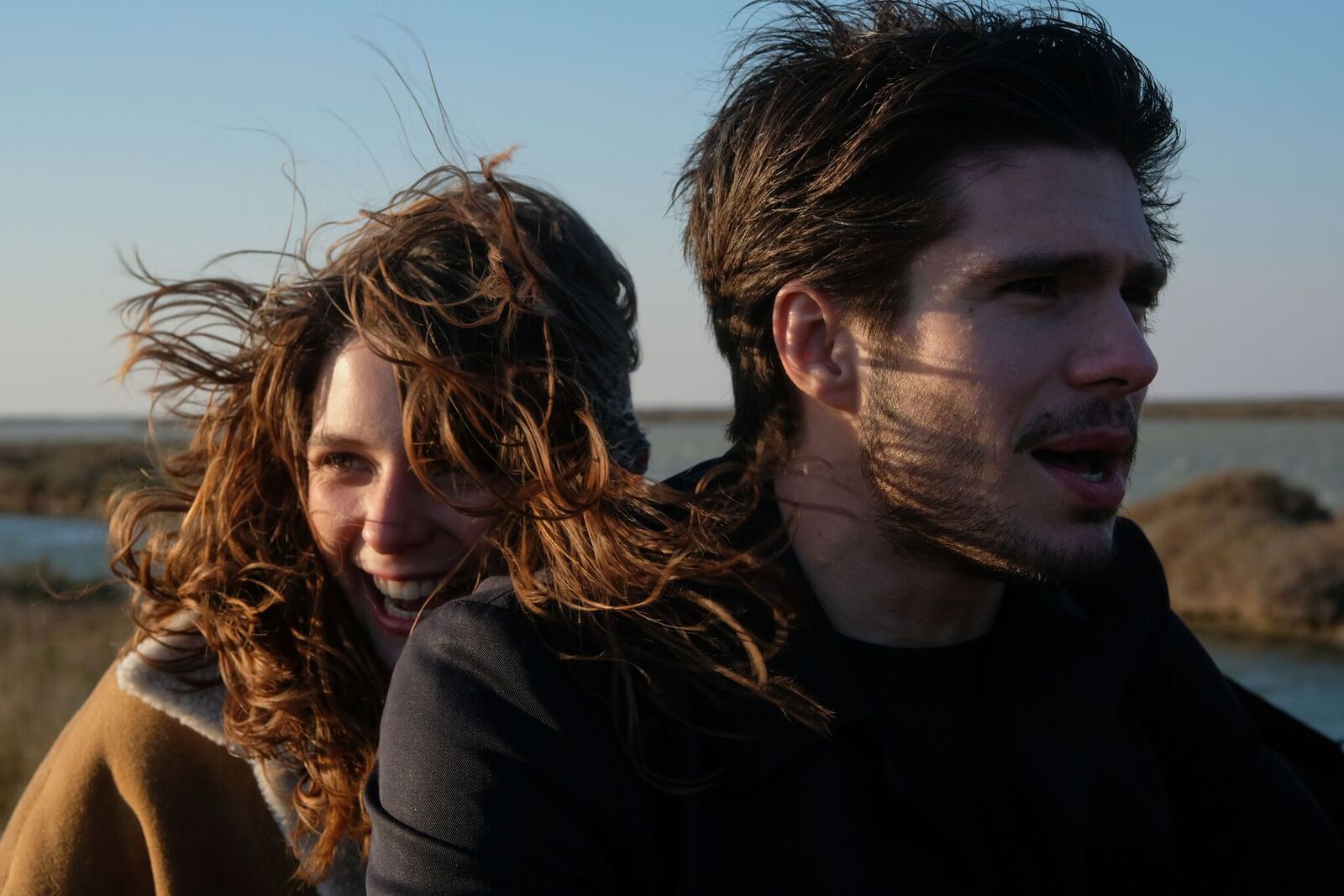 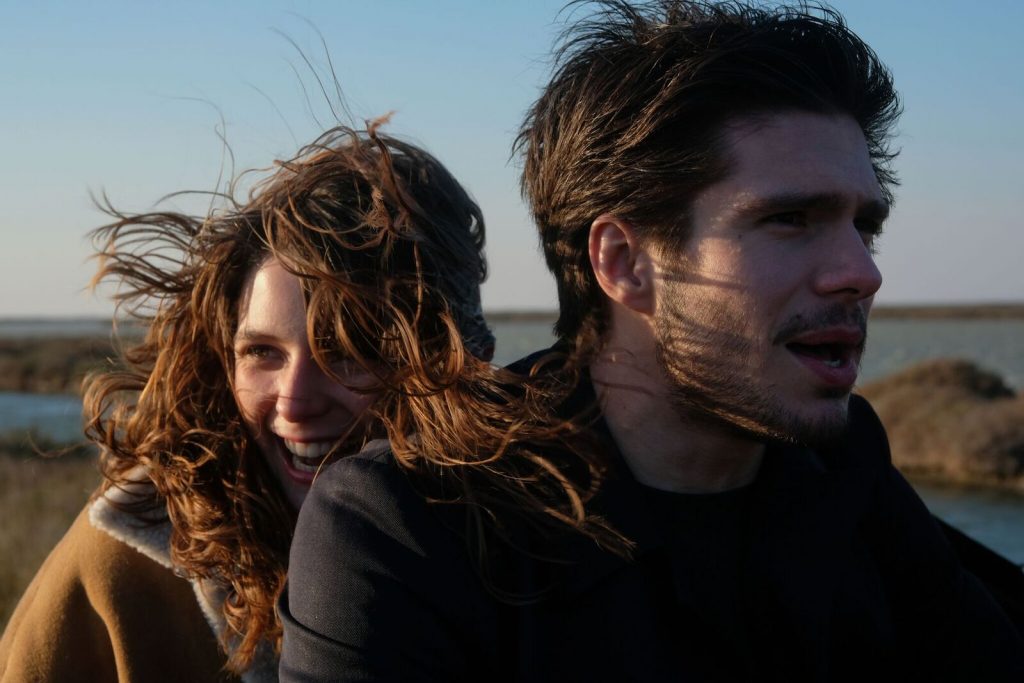 Poised to thrill audiences around the nation, the Alliance Française French Film Festival has today unveiled the full line-up for its eagerly anticipated 31st season at www.affrenchfilmfestival.org

Spreading its cinematic stardust across 8 cities and 4 satellite locations, the Festival, which is proudly presented by the Alliance Française in association with the Embassy of France in Australia, Unifrance Films and screening partner, Palace Cinemas, will commence its national tour from 10 March until 19 April and is set to thrill audiences with a stupendous selection of 49 contemporary and classic French films, many enjoying their Australian premiere.

We’re also delighted to announce that dynamic filmmaker, Justin Kurzel (The Snowtown Murders, Macbeth, True History of the Kelly Gang), who has long taken inspiration from French cinema, will be the 2020 Festival Patron.

Additionally, acclaimed director/actor, Zabou Breitman, whose lyrical, animated drama, The Swallows of Kabul (Les hirondelles de Kaboul), has won plaudits from critics and audiences alike on the international film festival circuit, will be visiting Melbourne to introduce a screening of this, her latest feature, which she directed with Éléa Gobbé-Mévellec. This special Festival event is slated for the evening of Tuesday 17 March at Palace Cinema Como, and will be followed by a filmmaker Q&A.

On a more sombre note, this year has already experienced horrific bushfires ravaging our land and robbing so many of their lives and homes.  The Alliance Française, and venue partners thereby invite you to join us in helping those impacted by this tragedy by supporting special previews of How to Be a Good Wife and In the Name of the Land (both screening courtesy of Palace Films) to be held in all capital cities on 9th and 10th of March.  100% of tickets sales for these sessions will be donated to the Australian Red Cross Bushfire Appeal and Rural and Remote Mental Health.

And in celebration of mankind’s great capacity for kindness and compassion – which often comes to the fore in times of crisis – the Festival will launch the 2020 season with The Extraordinary (Hors normes), one of the most gloriously uplifting films to emerge from France in recent years, which will screen courtesy of Madman Entertainment.

The latest feature from renowned filmmakers Olivier Nakache and Éric Toledano (who delighted with The Intouchables and C’est la vie!), The Extraordinary is inspired by a true story and was honoured as the Closing Night Feature at the 2019 Cannes Film Festival. For twenty years, Bruno (Vincent Cassel) and Malik (Reda Kateb) have run two separate non-profit organizations where they train young people from underprivileged areas to be caregivers for autistic youth abandoned by the state system. But the authorities, concerned that they’ve never sought certification and that many of their carers aren’t ‘officially’ qualified, decide to mount an investigation.

The result of two years’ immersion in the lives of the two associations, The Extraordinary is a crowd-pleasing charmer, which will have viewers experiencing a gamut of emotions as they fall in love with a host of extraordinary characters in exceptional circumstances.  It’s a testimony to the great things that can be achieved when people support one another in the face of adversity.

And concluding the 2020 season, on a deliciously whimsical note, will be The Bare Necessity (Perdrix), the directorial debut of Erwan Le Duc, starring Swann Arlaud, Maud Wyler, Fanny Ardant and Nicolas Maury.  Set within a tiny town nestled in the woody mountains of Vosges, this sweetheart of a movie, which delighted hardened cynics when it premiered in Directors’ Fortnight at Cannes 2019, looks at the romantic mayhem that ensues when an enigmatic young woman forces a stagnant family to re-define their boundaries and begin to truly live.

With so many highlights bursting from this year’s programme, it’s impossible to list every film, but read on for some of the delights to be savoured:

In this delicious tale of tested loyalties, the close friendship of two long-time couples is put at risk when one of the two wives unexpectedly becomes a best-selling author, upsetting the intricate balance of this formerly close-knit quartet.

A Film by Charles Aznavour, Directed by Marc di Domenico

Crooner, Charles Aznavour, beguiled his legions of fans with a dream of romance.  But his life beyond music was even more extraordinary.  An actor, political activist, diplomat and filmmaker, this enthralling documentary, with rare footage, reveals a complicated, multi-talented man who entertained for the greater part of a century.

With his life in disarray, Georges might not be able to control his circumstances but he can control his wardrobe.  Believing that the deerskin jacket of his dreams is the answer to all of his problems, Georges’ delusions gradually increase each time he wears it, edging his obsession closer to a violent delirium.

Paris, 1897. Although not yet thirty and clearly gifted as a writer, Edmond Rostand already has two children, many anxieties, but scant literary success.  When given three weeks to write a play for a mercurial star of the stage, all he has is the title, Cyrano de Bergerac.  Can he accomplish the impossible?

Muriel, a respected member of her idyllic local community, is horrified to discover that her visiting grandson, who claims to be heading to Canada for work, has in reality been radicalised by Islamist extremists.  His plans to fight for ISIS in Syria expose this ordinary woman to a moral dilemma of heart-breaking proportions.

Synonymous with glamour, refinement and sophistication, this documentary provides a rare glimpse into the world of a 20th century icon. Allowing unprecedented access to his personal archives, we follow Cardin from his birth in the Italian countryside circa 1922, to his move to France where he made his name in fashion.

HOW TO BE A GOOD WIFE (La bonne épouse)

In 1968 amidst the lush regions of Alsace, the head of a housekeeping school that transforms teenage girls into ideal housewives, has her pristine life implode when she encounters her long-lost first love whilst simultaneously learning that her business is on the brink of financial ruin.

IN THE NAME OF THE LAND (Au nom de la terre)

Returning to France in the late 70s, Pierre marries his sweetheart and takes over his father’s farm.  But twenty years onwards, Pierre is exhausted.  With mounting debt, what was once satisfying begins to take an insidious toll on his family who risk being torn apart by the property that binds them, in this powerful tale of resilience.

Disillusioned, his long-term marriage on the rocks, a man is given a second chance when he encounters a company offering a unique theatrical service that enables customers to revisit memories through carefully orchestrated re-enactments, thus allowing him to return to 1974 and the peak of his happiness.

Djibi, a devoted single father, transforms into a heroic Prince in the nightly fairy-tales he tells his beloved 7 year-old daughter, Sofia. But as the years pass, Sofia is ready for her own stories with different heroes.  But is the Prince ready to become just a memory of his daughter’s childhood?

After waking in a parallel universe, Raphaël finds his wife, Olivia, is nowhere to be seen and his professional achievements have vanished.  Without Olivia, his life is empty, but winning her back proves harder than he could have imagined – especially when he realises she doesn’t even know who he is!

Henri, a writer in the depths of a mid-life crisis who hasn’t released a successful book in 25 years, strikes-up an unconventional friendship with a stray, bad-mannered dog who inspires him and his dysfunctional family to re-examine their lives and attitudes towards each other.

The late Henry Pick, in life an unassuming Breton pizza marker, is celebrated as a brilliant author when a lost manuscript, attributed to him, becomes a literary success.  But one outspoken intellectual thinks the whole thing is a sham, and, after losing his wife, his job and his prominence due to his opinion, decides to uncover the truth.

ONLY THE ANIMALS (Seules les bêtes)

Set in an isolated town in the lush, wintery mountains of southern France, the film opens with the departure of Evelyne, a local woman whose disappearance during a snowstorm soon reveals itself as murder. This act of violence gradually unveils the hidden agendas of several locals, setting the unexpected into motion.

As the only woman in the European Space Agency astronaut-training program, single mother Sarah struggles with guilt over the limited time spent with her young daughter, which escalates when she’s invited upon a year-long space mission – Proxima – forcing her to choose between her work and her child.

After Maria reveals a long history of affairs to her husband, she opts to spend the night at a hotel opposite their home. But this is a “magical night”, and it’s not long before time collapses upon itself opening a window into the past where young passions are revisited and the very concept of love, questioned.

Dissatisfied with her life, Sibyl, a psychiatrist, decides to pursue her dream of becoming a writer.  Casting professional ethics aside, she secretly uses the private sessions of her actress patient, Margot, as inspiration for her novel, a decision that irreversibly impacts upon both their lives.

Christian, a visionary scientist, studies wild birds. For his son, a teenager obsessed with video games, the idea of spending a vacation with his father in the middle of nature is a nightmare. However, father and son soon bond over a daring project to save an endangered species, which takes them on an incredible journey.

Based on the cherished novel of the same name, this critically acclaimed, animated drama follows two couples living in the Afghan capital during the 90s and the impact Taliban rule has on each relationship. Through their individual love stories, unforgettable characters emerge amid the devastating impact of armed combat.

Nine language experts, hired to translate the final book of a bestselling trilogy, are in lockdown within a luxurious bunker. But when the top-secret manuscript’s first ten pages appear online, their dream job implodes.  The culprit has to amongst them and the publisher is ready to do whatever it takes to unmask who it is.

In this emotionally compelling tale, pensioners Nina and Madeleine have hidden their deep and passionate love for many decades, but their bond is tested when circumstances trigger a series of events, preventing them from moving freely between each other’s apartments.

When Vernon Subutex, an unemployed former owner of a once legendary record shop, is evicted from his flat, he’s helped by old friend rock star Alex Bleach. But Bleach’s sudden death makes Vernon a deadly target when it’s discovered that he’s in possession of 3 mysterious videotapes owned by Bleach.

About to turn 60, nearly broke and estranged from his former friends, restaurateur Max embraces solitude at his soon-to-be-sold beach house.  So when his ex-buddies arrive for a surprise celebration, he turns them away. But this cannot be – something has to be done! The sequel to 2010’s star-studded comedy, LITTLE WHITE LIES.

Haiti, 1962…A man is resurrected from the dead and trapped in a nightmare of slavery. Modern-day Paris…Haitian teen Mélissa, the new girl at an elite school, is invited to join a secret ‘literary sorority’.  But the incendiary family secret she harbours becomes a source of fascination to others, who exploit her heritage with shocking results.

National dates and venues for the 2020 Alliance Française French Film Festival are: