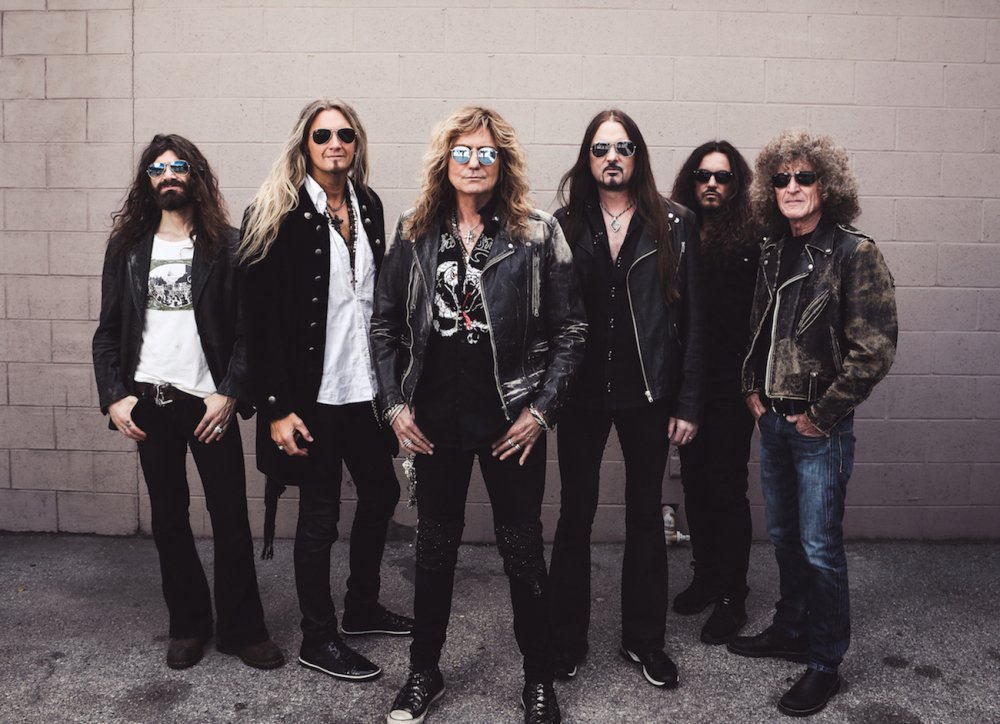 It is hard to imagine the hard rock world without the imposing figure of David Coverdale. Born in Yorkshire in 1951 Coverdale starting performing when he was just 14 years old and by the time he was 17 he had started his first band – Vintage 67.

From there Coverdale soon started other local bands – The Government and Fabulosa Brothers. But then in 1973 Coverdale saw that Deep Purple where auditioning for a new lead singer. He was already known to the band with The Government previously opening for Deep Purple and soon the job was his.

It was during his period at Deep Purple that Coverdale first came to Australia and as I talk to him about the upcoming Whitesnake tour Down Under I soon realise that trip with Deep Purple is still deeply embedded in his memory.

“I know we are only doing the three shows but every time I see Melbourne on the list I am taken back to when Deep Purple were asked to headline the Sunbury Festival,” he says down the phone line with pure excitement in his voice. Yes to put it in a nice way Coverdale sounds like an excited school boy who is about to embark on his first overseas adventure

“I think it was 1974 and it was the height of the Australian summer,” he says continuing. “We were invited over to headline this festival and we were all in Los Angeles at the time so we hired this huge fucking commercial jet that carried all our equipment, our road crew and our wives and girlfriends. We were all fine until we started to descend into Melbourne and Thor the fucking God of thunder decides to make his presence felt. The plane was all over the place and it was the wettest and coldest fucking weekend on record… it was horrible.”

“But the best part of the memory was that as we were leaving, and we left because nobody could hear us in front of the stage because of the wind and how wet it was,” he explains. “Then when we got into the car I could hear drums and I thought ‘hang on I thought we were the closers.’ It turns out this young band had got up and plugged into our stuff, these crazy bastards and of course this huge fight started with our crew… but it was AC/DC… this new Australian band called AC/DC stole Deep Purple’s thunder…. it was wonderful. So, yeah I am delighted to head back to Australia, I just wish it could be more because we only have the three shows.”

These days Coverdale is known more for his work with Whitesnake, a band that many of us could not imagine growing up without. Whitesnake first kicked off in 1978 and since then Coverdale has had three stints with the band. The fact that the band are now still going strong in 2020 is something that he admits he could never have predicted back the band first started out.

“No way, no way… I would have laughed at you,” he admits. “Back then when  I writing songs like ‘Here I Go Again’ and ‘Crying In The Rain’ it was during the break up of my first marriage and I was heading into my 30th birthday and I thought that was it. But now I am nearly in my 70s and my wife is mad at me for using the word retirement, but every fucking day I am in gratitude and have an appreciation that my life is the way it is, both from a personal circumstance and a professional circumstance and it is magical.”

“There are a lot of bands that stay together for the money,” he goes on to say. “They are in it for the economics of it, but this band we are all friends, actually we are brothers… we are brothers of the same. As long as we sound good live, and believe me we are still one fucking powerful band live, we are as happy as whoever the fuck Larry is.”

As the discussion goes on I also learn that there is a very strong bond between Whitesnake and Scorpions. “They actually flew in for my birthday in San Paolo a few months back,” says Coverdale and you can hear in his voice that he is in true awe of Scorpions. “Our friendship goes right back and we share the perspective of given people the value for their money with our performance. There are no bullshit stunts – the audience are there for three hours plus of good songs and we genuinely want to make you guys enjoy yourselves.”

With such a strong comrade between the two bands playing on the night plus Whitesnake promising to play tracks from the very beginning right through to critically acclaimed Flesh & Blood album from last year this is promising to being a show that true music fans will remember for a long, long time.  “Oh my God I cannot wait to see you guys again,” says Coverdale when we begin to talk about fans can expect for these shows. “You know I think the last time I had the pleasure of your company was way back in 2008. We were touring on an album called Good To Be Bad and it is still good to be fucking bad and I can’t wait to see you guys… it will be as sweet as a tube of Fosters.”

The interview ends there with Coverdale finishing it off exactly the same way that he started it… laughing hysterically. With so much passion showing when he is just talking about this Australian tour it is easy to see that we are in for an absolutely amazing show when the band hits the stage this week. 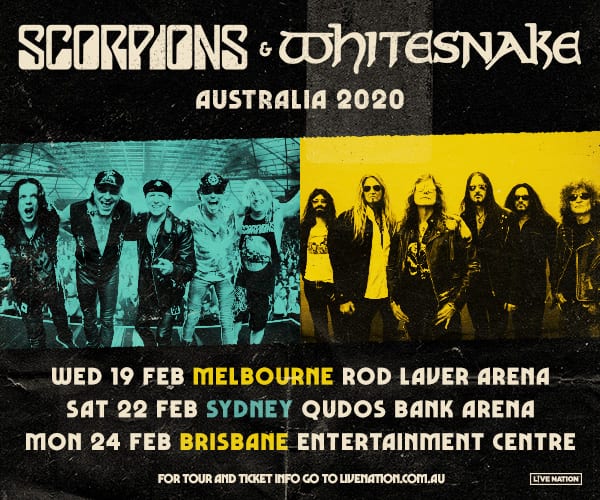