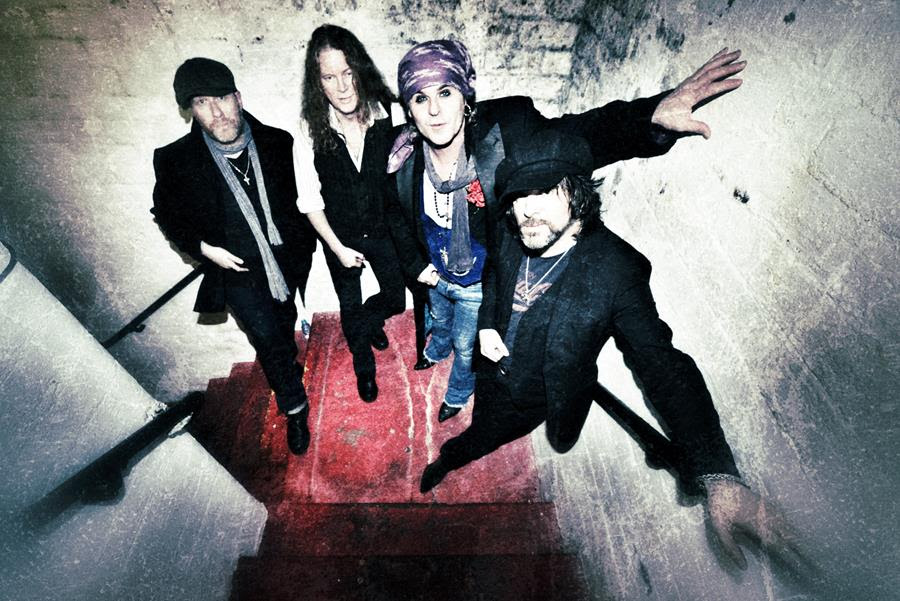 It is hard to believe that the legendary The Quireboys have never been to Australia before. The hard rockers started out in Newcastle, England way back in 1984. Back then of course they were actually called The Choirboys before a reworking saw them become The Queerboys.

However 1987 saw them change their name to The Quireboys after they were booked to play at the Readings Music Festival but only if they agreed to change their name. From there things really took off. Soon they found themselves supporting Guns ‘N’ Rose while Sharon Osbourne became their manager as they signed with EMI Records. Then came their debut album A Bit Of What You Fancy which rocketed into the UK charts peaking at #2.

Since then the band have found themselves touring alongside some of the industry’s biggest names – The Rolling Stones, Iggy Pop, Poison and Aerosmith just to name a few, but the band have never ever toured Australia – something that changes this week and when we caught up with guitarist Paul Guerin he couldn’t be happier.

“I can’t even begin to put into words how I feel,” he says with pure excitement. “This band has been going a long time and thank the Lord we have been to most places but Australia always eluded us. Me personally I am one of these guys that doesn’t like to tempt fate and I always think if I look forward to it too much or talk about something too much it won’t end up happening or it will go wrong. But you know what all the boxes have been ticked, the visas are ready and we are coming.”

“This is something that I have wanted to do my whole life,” he goes on to explain. “Not just in a band situation but just for anybody to just afford to go on a holiday in Australia is difficult but to be able to bring Quireboys to Australia is fantastic. I have such a love for the music that has come out of Australia, it kind of keeps me awake of a night time thinking ‘my God, we’re coming… it is happening.’”

The statement that he loves Australian music is not just lip service or something that Guerin tells Australian journalists. He truly does have a deep love for Australian music – especially Jimmy Barnes and Rose Tattoo. “I come from a small town in the north of England,” he explains as he tells us how he came to discover Australian music. “This was the mid-80s and if you wanted any chance of getting a record deal you had to go to London. So I slept on a park bench with my guitar strapped to me until I found somewhere to live and then I started to make some friends here and there who were from New Zealand and Australia and they introduced me to Jimmy Barnes’ music and then to Diesel.”

“Then litearally from the moment we got up in the morning to the moment we calmed down at night it was all that we would listen to,” he continues. “And that opened up a whole new world of genius to me and then I got to see AC/DC with Bon Scott a few times in Newcastle and then Rose Tattoo… my first tattoo was actually a rose tattoo. I got that when I was eighteen and I really didn’t take it all lightly. It was all really a guiding force that these bands could be so heavy but also so melodic and meaningful. You know when I go to the gym it is Jimmy Barnes that I listen to and I honestly still feel like I am going to pop when I listen to those songs. They have never lost that flavour for me.”

The same could also be said for The Quireboys, this is a band that has certainly never lost any of its flavour over the years with their 2019 album Amazing Disgrace again wowing their audience. With that added to decades of hits The Quireboys are sure going to put on some amazing shows in Australia… a show that has been thirty-six years in the making. 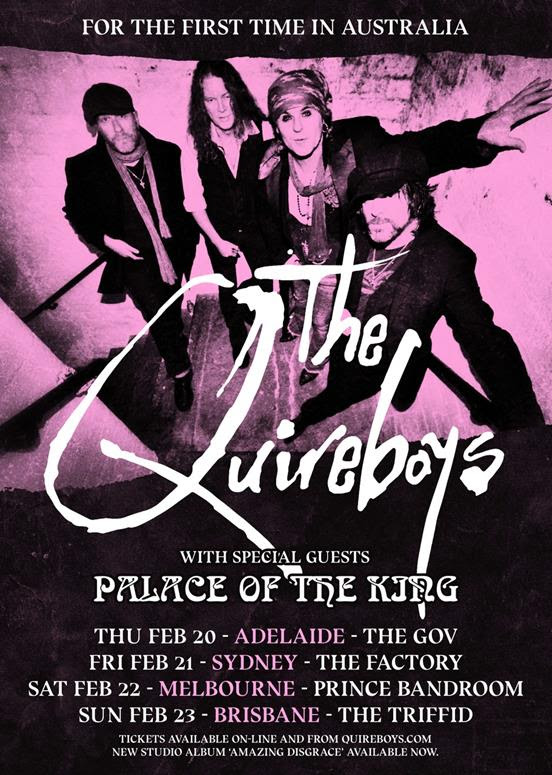