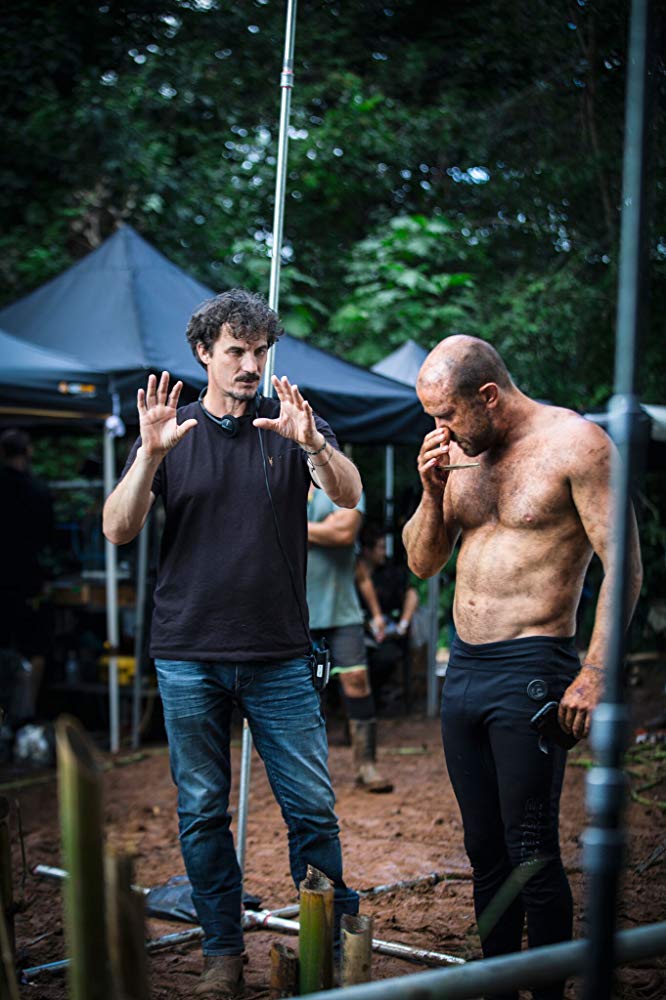 Australian filmmaker Storm Ashwood is quickly becoming a director that the world is sitting up and taking notice off. His 2018 horror film The School was an eerie film that Del Toro would have been proud of and now Ashwood returns with the hard-hitting dramatic war thriller Escape And Evasion. In one sense Escape And Evasion is another type of horror as it depicts a soldier’s whose life is in ruin after a brutal covert operation in Burma has left him with PTSD.

When I get the chance to talk to Ashwood he is in a remote area of Thailand and he is overjoyed when I tell him how much I enjoyed the film. “Thank you, thank you,” he says humbly. “The film sort of matured out of two places. The first one came about when I was working on a documentary with a priest who funnily enough looked like Gandolf in Chang Mai who was smuggling refugees from Miramar over the border.”

“A close friend of mine who was ex-military and I got very close to being able to go on one of these jungle runs with this priest,” he explains. “We were going to see exactly what was going on and film it. But sadly the documentary was never finished because that priest was murdered, so it never got finished because I only had a little bit of footage. So, on top of that I also had a story that I had developed with a friends about events that had occurred in Iraq, it was quite tragic and it really showed the struggles of this particular guy trying to fit back into civilian life. Like he would be saying things like ‘I can shoot tanks and fly helicopters but I can’t get a job as a labourer, what is going on?’”

As Ashwood keeps talking to me about this solider it is easy to see the comparisons between him and the soldier that actor Josh McConville plays in Escape And Evasion. “He was having a lot of trouble with his family,” says Ashwood continuing. “Through all of that I was able to put together a story and I just kept hearing these stories. Then I also helped on a script on another documentary about child soldiers in Sierra Leone which was also another horrific story about children who were being abused and put into sex trafficking and drugs and stuff. Then I did a short film about refugees so I thought I would then put all these tales and stories into one script – one feature film. That was the birth of Escape And Evasion.”

One of the things that will stick with you after you watch Escape And Evasion are the harrowing scenes about PTSD and as Ashwood and I chat I soon learn that the amount of soldiers returning back to Australia with the terrible disorder is absolutely alarming. “Statistically they say about twenty per cent,” he answers when I ask what percentage of troops returning to Australia would be suffering from PTSD. “I think that it is more along the line of fifty percent, and it may even be a lot higher than that. I’m thinking about it rationally now because every single solider I have spoken to who has been in service you can see that they have undergone some form of suffering due to the events that they have been through.”

Perhaps the event though that has really shown Ashwood that his film hit its mark has been the reception it has received from military veterans with the film even picking up awards at the Veteran’s Film Awards. “That meant so much,” he says when I mention those awards. “One hundred percent hands down I knew that soldiers wouldn’t be the harshest critics. I know a lot of soldiers and I know some will say things like ‘I walked out of Black Hawk Down because Eric Bana was wearing the something wrong on his uniform for that time.’ They are really tough critics they’ll tell you that an actor has an elbow wrong when holding a gun or that he is looking over the barrel the wrong way so to hear that our film won those awards I was so honoured and so chuffed.”

The award winning Escape And Evasion is in cinemas now.