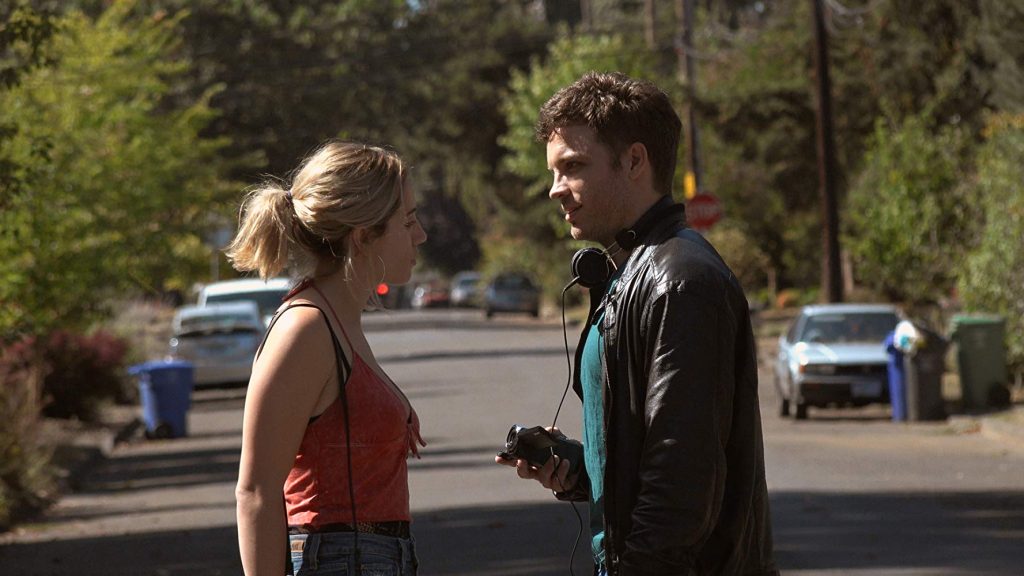 To find out a little bit more about Use Me I recently caught up with Shaw while he was in Sydney to promote the film. We started off by discussing where the idea for the film originally came from.

“You know where it came from was I was looking to do a documentary series about internet entrepreneurs ,” he explains. “I was pitching to the ABC because they were looking for series and then I accidentally came across Ceara Lynch through a pirated Youtube clip and there was just something about her that intrigued me. I wanted to know more so I went to her website and my mind was kind of blown. I was kind of familiar with the fetishes that she dealt with but there were things I didn’t know about like financial domination… I didn’t really know about the more extreme kind of fetishes. So that intrigued me.”

“Then there was the fact that she had so much charisma,” he says continuing. “She had real star power and I just thought there was something so intelligent about how she constructed this whole persona so I reached out to meet her and asked about doing an episode of this documentary series. So I went to Portland to film and then we both just knew that there was something bigger there… we knew that right away.”

The unusual nature of the film also seems to be causing a little bit of confusion for people who think that the film is real. “The honest truth is that nobody has been absolutely correct,” he says with a bit of a laugh. “Everybody has these really strong opinions on what is real and what is not. Some say that the first half of the film is a documentary and then he turned it into fiction. But it really isn’t like that at all. I mean it is constructed from the very first scene and I knew after about three days that I did not want to make a traditional documentary. I knew that I wanted to do something different because Seara screamed out for it. I mean her whole career blurs the line between reality and fantasy , you know she makes men’s fantasies come to life – she brings them into reality through a roleplay session.”

“So I thought if I do a regular documentary I am kind of missing out on an opportunity here,” he goes on to explain. “I realised there was something richer and weirder that I could do with a blend of truth and fiction that I thought would capture her and her world more accurately then a documentary would. And I’m not just trying to be cute I sincerely mean that. I think this fictionalised movie gets deeper into who she is and her world than a traditional documentary would have. So I knew early on that I was going to do it that way and she was a great subject right from the beginning. But honestly she is just a really well adjusted person who is pretty down to earth. I just didn’t see it working as a documentary because there was no conflict and she is very confident about her life choices. Not that I would want to make a movie about someone who is a victim of the sex industry or anything like that but you do that conflict that is going to drive it and hold people. In the end I just felt this was the better way to go. Take her reality and turn it on its head a little bit… that felt like the right way to go.”

After success overseas Shaw now can’t wait for Australians to get a chance to see Use Me as well. “I know it looks like a very sexy and titillating movie when you look at the poster or the trailer but this is a movie that does have a heart,” he says. “It does have a through line through it and I think that maybe people who are dragged along to against their will and were like ‘oh I didn’t want to see some movie about some fucking dominatrix bitch from the internet’ will watch the movie and become invested in it. I’ve seen people shedding tears in the cinema watching it  so there is more to the film than it seems. Yes it is a sexy thrill ride but I think it is an emotional film as well. I just can’t wait for Aussies to watch it because this is where I grew up, this is home.”

Use Me is available on several streaming platforms right now.