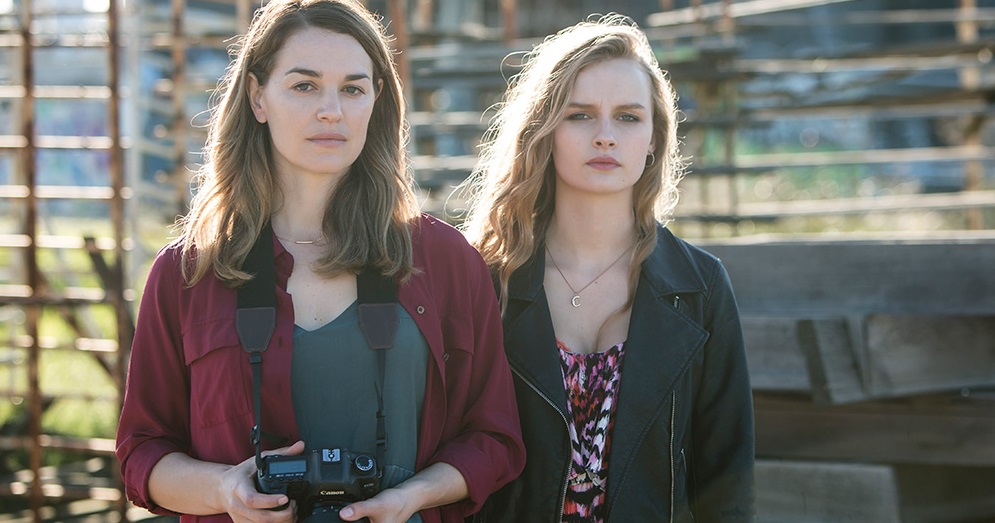 Few films that you see this year will match the power that comes from new Australian drama Undertow. The feature film debut for director Miranda Nation tells the powerful story of a young woman named Claire in the aftermath of her losing her baby. During this time she finds herself questioning the relationship between her husband, a young teenager called Angie and her husband’s best friend – a retired footballer.

Playing Claire is sensational Australian actress Laura Gordon who I recently had the honour of being to sit down with and talk about the film. “Undertow is a psychological thriller that focuses on the relationship between two women,” says Gordon as she explains the premise of the film. “I play Claire who loses her child during labour at the beginning of the film. Then during the film she develops this dangerous obsession with this young teenager who is pregnant. She becomes very obsessed with this baby that the woman is carrying. Her mental state and the obsession leads to things getting pretty dangerous for the both of them.”

No stranger to playing harrowing roles Gordon says she did have to prepare herself a great deal for this role. “I spent a lot of time with Miranda Nation the director,” she says. “We really went over the script and a lot of the things that Claire was going through at each specific time with a fine tooth comb. I think the script is such a fine blueprint on every job and then there were really specific things that I had to research, the things that my character would go through having a still-born baby. It is something that I have never experienced so I had to delve right into it so I could understand what it is like on a physical, psychological and a mental level. We also did a lot of rehearsals with the other main actors especially with Rob Collins who plays my husband, we did a lot of work on creating a background for our relationship from before the film began.”

“I guess with the mental illness side of things we looked at the things that Claire would specifically be going through,” she says continuing. “We looked at something called Briefly Active Psychosis which is a condition when trauma triggers a mental breakdown and it can happen to someone who has never experienced mental illness in the past, and they can have a full recovery from that kind of situation. So they were the key elements that were thrown into the pot and I kind of went from there.”

From there we begin to talk about what it was about Undertow that made Gordon want to agree to the film after she read the script. “There is something that happens to me when I read a script,” she answers. “And it is not something that I can even articulate, I just feel it in my bones. It is really something a gut level that just draws me in and I felt like that when I read Undertow. I think the fact that we are exploring topics like pregnancy loss and mental illness, and I think what really attracted me to it was the strong relationship with the young woman in the film, Angie played by Olivia DeJonge. There were so many elements that drew me in and then there was working with Miranda. But yeah playing this complicated, damaged and unlikable at times woman who had so many different layers to her was just a real drawcard.”

One of the things that has been talked about with Undertow is the amazing on-screen performances between Gordon and DeJonge and she tells me it was something that the two worked hard to replicate. “I think on the page a relationship like that will demand a certain intimacy or a certain level of connection regardless of whether it is a drama or a thriller. With the relationship between my character and Olivia’s character we meet for the first time on screen. So I didn’t spend that much time rehearsing with her, not compared to the time that I spent rehearsing with Rob because we kind of wanted to keep it fresh and to have that chemistry in front of the camera and I think that worked really well for us. We did have an enormous about of trust that we had to build though and we had to fee a safety between each other in order to be able to go on that journey together.”

The work the two put together is nothing short of amazing and if you haven’t seen Undertow yet then get out and see it this weekend.

Undertow is in cinemas now.