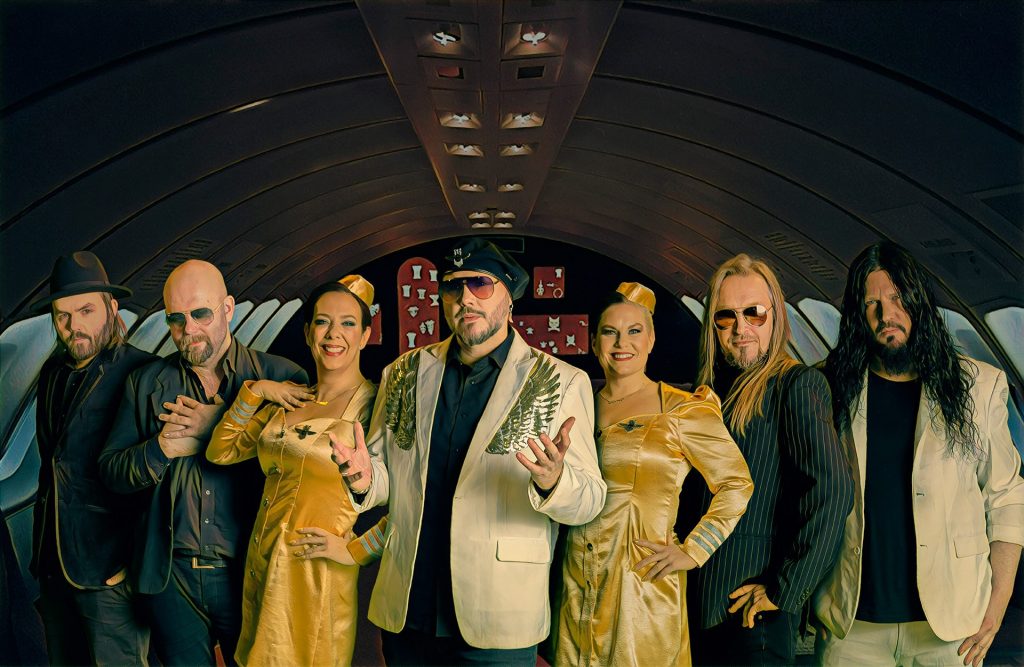 There is perhaps no busier man in the heavy metal world than Bjorn ‘Speed’ Strid. Strid is the permanent front-man of not only the mighty Soilwork but also the highly energetic Night Flight Orchestra. Nobody really likes to talk about it but Night Flight Orchestra really began as a side project for Strid alongside his Soilwork band-mate David Andersson and Arch Enemy’s Sharlee D’Angelo. What began as a tribute to bands like Boston, KISS, Journey and Toto grew to what it has become now – a fully fledged band of its own which is about to release its fifth album – titled Aeromantic.

“We basically just continued,” says Strid laughing as I chat to him about whether or not the band had a plan when they sat down to start writing for Aeromantic. “We seem to be a band that just never stops writing. We never really leave the studio because we just keep on having sessions, whether that be over a long week, or two days or ten days. So I think we have taken away the drama of approaching a new album but simply just keeping on going.”

“We don’t really do that typical album cycle,” he goes onto explain. “We don’t do the album, then do some touring before taking a break for six months before approaching the next album. We also don’t do that thing where you book a studio for six weeks to finish the whole album at once. I think that has been a really good recipe for us so it is something that we continue to do and I think every album is still a little bit different. I think with each album we develop our sound a little more and I think it has become more personal even though it is pretty obvious where our influences come from. But I think we have created something really focussed with this album – it is extremely diverse but also really connected together as well.”

It is truly remarkable that the members are able to constantly keep writing for Night Flight Orchestra even when they are working with their other bands but Strid says that doesn’t hamper the writing process at all and in fact they are probably doing more writing than most other band’s do. “We are actually building up a quite a vault of songs,” he says. “It just keeps growing and growing, so much so that we probably could have released a double album for this one but we really didn’t want to push our luck. We’ve ended up creating an album that has a really good flow and that is what it is really all about. And there might be some songs that we didn’t use on this album that might show up on the next, but that is what I mean when I say that we are building a vault. We might go back and re-visit them or re-arrange them, but yeah it is a really creative unit and it is an on-going thing.”

Hearing about the vault leads us into a discussion about how does the band pick which are the songs that they are going to use for each album. “It is extremely hard to do that, especially with eight people in the band,” he says. “It is very hard but we really try to go for the vibe and try to create a sort of flow for the album. But it is very much like a jigsaw puzzle in the end and without trying to sound too pretentious that is what it is all about in the end. We also release singles, we roll with the times because the ‘album’ as we knew it is pretty much dead, now days it feels like it is all about singles and EPs for the streaming singles.”

“We also release singles because sometimes it feels boring when you release an album and then do a touring cycle… blah blah,” he says continuing. “We are always trying to break patterns there –we released a single last year and then a short film with ‘Cabin Pressure Drops’ which was highly unexpected and perhaps made people a little confused because I think they thought it was the first single off the new album. I think that is something that we will keep on doing, but the album itself is still something that is extremely important to us, but it has to have the right flow, and I think on this album the songs are even more connected even though it is even more diverse than ever.”

As our discussion draws to a close Strid delivers a very special message for Night Flight Orchestra’s Australian fans. “Guys you are in for a real treat,” he says. “This album is certainly going to take you for a journey so make sure you share it with your friends. Thank you so much for all of your support and we will work really hard to get over to Australia to do a tour very, very soon.”

Aeromantic is out now through Nuclear Blast Records. 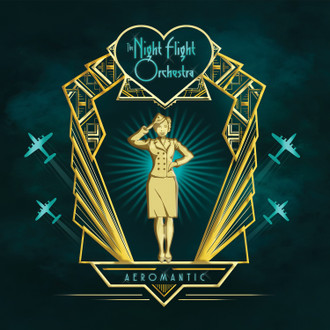