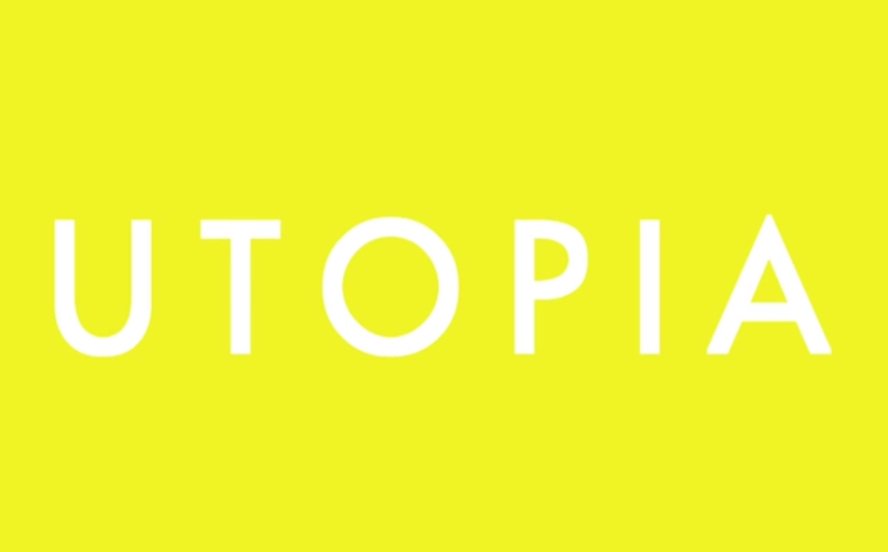 Summary: A group of online friends travel to a Pop Culture convention to try and buy a rare comic they believe can warn them of an upcoming pandemic.

OUR THE UTOPIA REVIEWS & RATINGS:

They say that art mirrors life and that has never been more true than when it comes to the brand new Amazon Prime series Utopia. The pilot gives us an early glimpse that a new pandemic is about to spread across the globe, yes it could be plucked straight from our headlines at the moment, but what separates Utopia from the hundreds of other pandemic or post-apocalyptic television shows or movies out there is the fact that here the prediction of the pandemic may have already surfaced in a graphic novel of all places.

Utopia centres around a group of four ‘friends’ who have all met online after they realised a pattern in a strange graphic novel titled Dystopia. When an ultra rare copy of its sequel, titled Utopia, is put up for auction by a naive couple at a convention named FringeCon the four friends – Wilson Wilson (Desmin Borges – Living With Yourself), Ian (Dan Byrd – Easy A), Becky (Ashleigh LaThrop – Fifty Shades Freed) and Samantha (Jessica Rothe – Happy Death Day) – all travel to the convention with the intention to buy Utopia so they can explore their theory that the comics predict the world’s pandemics.

But they are not the only people after Utopia after a rich art collector wins the auction suddenly a young boy called Grant (Javon Walton – Euphoria) breaks into the penthouse to steal it while at the same time two assassins – Arby (Christopher Denham – Argo) and Michael Stearns (Rainn Wilson – The Office) – also pay a visit to the penthouse to retrieve the valuable item.

The best way to approach the Utopia remake is to have never seen the original British series. From the pilot episode you can tell that this is a series that is going to have many twists and turns throughout – so not knowing what is going to happen next is going to be key. Especially with the cliffhanger of the pilot which sees a character turn up that may just hint that everything in the graphic novels is based on real life.

Tone wise Utopia feels like a nineties show such as Buffy but with some edge. As soon as Samantha drops the ‘c’ word you know that the show is going to go into adult territory, the head shots that the assassins deliver as they hunt their victims later on only enhance that theory. Having said that though there is a deep intelligence to the show. The theory that the graphic novels can predict what pandemics are to come gives the show a real suspense element that you feel is only going to get expanded even further and a brief news report we hear hints that a pandemic is just starting as well.

The key to the show working though are the characters and whether they are interesting to the audience, luckily Utopia seems to have that problem well and truly solved. Wilson Wilson seems to be one of the most interesting characters to have surfaced on television for awhile, while the other three friends also could easily carry the show. After the pilot the relationship between Ian and Becky is not so much ‘will they’ but instead ‘what will they do now’ while the great acting that we know Jessica Rothe is capable of also means we are very curious to see what happens with Samantha next.

Keeping the acting in mind the casting of Rainn Wilson in such a sinister role is also a stroke of genius. We are so used to seeing his comedy side that his cold-heartedness here is a bit of surprise and there still seems to be a lot of room to further expand his character as well.

There is little doubt that once you start watching Utopia that you will continue to watch. There are just too many questions that are left after the pilot for you not to want. Questions around who the hell Grant is, what the four friends will do next and even whether or not the assassins will go after them are more than enough to keep you watching. And then there is of course the big mystery – who the hell is Jessica Hyde and is she real? Yes television fans I think our answer to iZombie has finally landed.