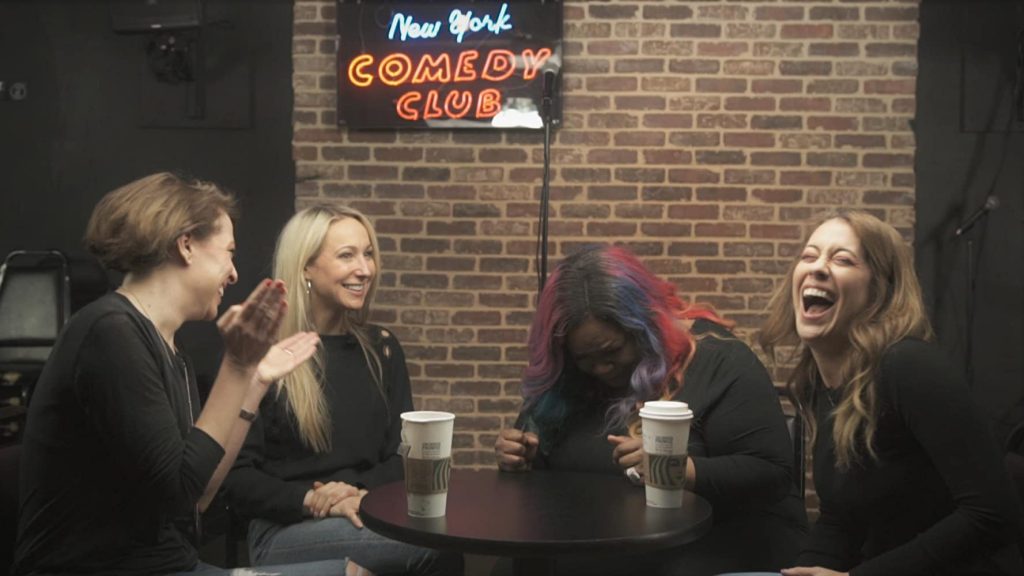 “Funny Pains” follows stand-up comedian Wendi Starling, whose career, working process and life areclosely examined in the film, as she navigates one of the entertainment’s toughest, most competitive professions – all during the height of the #MeToo movement, feminism, and the infiltration of stand-up comedy by the politically correct. Above all else, the film delves into serious issues of sexual assault and mental health, with Starling revealing her not-so-private personal traumas.

The deal was negotiated by Hewes Pictures’ head of sales and acquisitions Princeton Holt and Passion River’s Director of Sales and Acquisitions Mat Levy, after talks that first began at EFM 2020 in Berlin. About “Funny Pains”, Levy said “We are very proud and honored to release ‘Funny Pains’ and help share Wendi’s brave narrative with the world. Wendi’s story is one of risk and determination, ironically the very essence of great independent cinema. We are confident that you will fall in love with Wendi and be inspired by her bold journey as much as we were. And above all else, we promise you that you will LAUGH!”

Director Jorgy Cruz added, “’Funny Pains’ is a two-part love letter to NYC and to stand-up comedy; both which I love, respect and owe a lot to. Having the support and representation of the superb team at Hewes Pictures made all the difference. They’re one of the main reasons why we are now ready to share our movie with the world on all platforms. I’m grateful and humble.”

Passion River is gearing up for a second quarter 2020 release date.