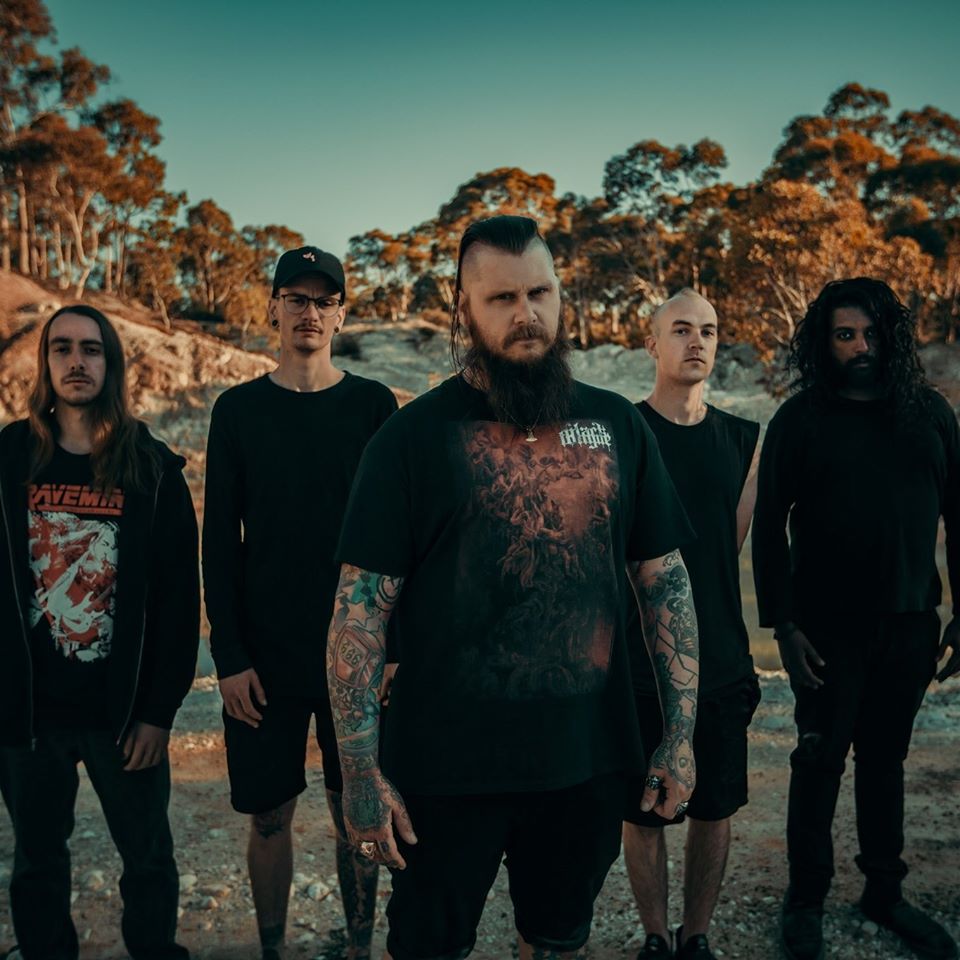 Australian progressive death metal outfit Xenobiotic hit the ground running with their debut album Prometheus. The album was so different to anything that we had heard before that it soon had metal fans right around the world interested. Now comes the band’s difficult second album – Mordrake.

Once again the band have found a way to enhance their sound even more and recently I had the chance to sit down with N to chat about what fans can expect this time around.

“I’m not sure that we had any specific goals in mind other than to create the best record that we possibly could,” says N laughing as we talk about what the band were hoping to achieve with this album. “Outside of that I guess we wanted to make music that was emotional relevant and we wanted to incorporate all of our influences as well.”

“I mean the first record, people can say whatever they like about it but we had a pretty narrow amount of influences that we were drawing from when we wrote that one,” he goes on to say. “I guess then our main aim was to create something that people could resonate with. The album does kind of have this weird emphasis on mental illness and that has kind of come out through the narrative that TJ wrote and the bits and pieces that we all kind of added to that, so the best case scenario is that if it helps people or helps someone then that is great, but at the end of the day I think we were just trying to push ourselves to create the best music that we possibly could.”

The band have also looked up to many of the other bands that have helped mould this new sound in the progressive death metal scene. “We got kind of enamoured with bands like Rivers Of Nihil and Fallujah and how they treated the progressive death metal sound,” he explains. “They started off with a sound that was a vast majority death metal with some other stuff thrown in. But then with Fallujah’s Dreamless and Rivers Of Nihil’s Where Owls Know My Name you kind of see them really branching out and incorporating some really beautiful music. That was quite eye opening and we started to see that there was real potential in this style. We could see that in the progressive death metal style you can do all of these things, so we did what we could. There is also a pretty strong black metal streak as well… we certainly haven’t been trying to hide that.”

Aside from the metal elements the band also looked to classical music, especially from movie soundtracks for inspiration as well. “There is a little bit of an influence from Hans Zimmer on there,” N goes onto to explain. “That shows with the layered approach. And there is also a huge post-metal influence on there as well. We listen to a lot of music between ourselves, we can go from progressive metal right through to death metal. But yeah basically every style of music that has ever inspired us is on there.”

As N had already mentioned there is also a strong focus on mental illness on this album and this took the band into some deep territory. “We didn’t really have much to go on outside of our own experiences,” he says. “We did use the myth of Edward Mordrake as inspiration. That is an urban legend about a man named Edward Mordrake who had a face on the back of his head that would whisper really dark things into the back of his head. We found that even in common mental illnesses, and they shouldn’t be common but they are, things like depression and anxiety, that they kind of work like that – that there is a little voice in the back of your head that influences how you see the world.”

“TJ really wanted to write a story of that,” he explains. “That sort of led the way for us to kind of tackle all of these things and some of us were really struggling with it. It was a topic though that really doesn’t have a lot of light cast onto it, and that is maybe because it is so hard to pin down. Mental illness does have an inter-play with your personality, that’s how I have found it but I know others have had different experiences. But that was the challenge, but we could really only go on what he and we had experienced in that regard.”

Mordrake is out now.