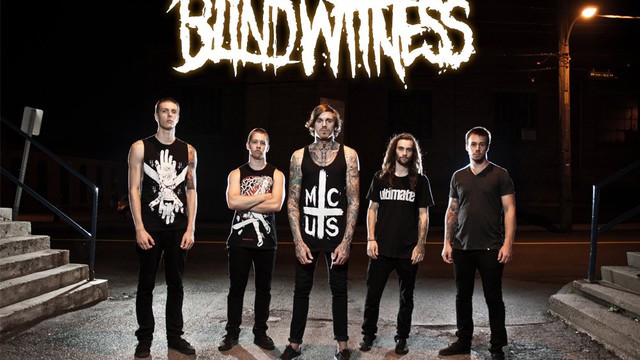 Blind Witness is a Deathcore band from Montreal, Canada most notably known for its signature sound established with the 2010 release of “Nightmare on Providence Street”. Filled with infuriated lyrics, punchy down picked guitar riffs and insanely fast drumming, this sophomore effort pleased both critics and fans of the genre alike and is still creating ripples 10 years after its release.

Since then, they have toured the world, broke up, reformed, put out an EP (I Am Hell) and again been dormant for some time, only getting together once or twice a year to perform at festivals.

Now, the band feels like it is the right moment to contribute to the music scene again. This contribution takes the form of their latest single “Force Fed”. The song is a great mix of what the band introduced to the listeners with “Nightmare on Providence Street”, but with a modern touch. Fast, aggressive and poignant, “Force Fed” unmistakably captures the essence and aesthetic that Blind Witness represents and will hopefully be the first song of many to come for the band.