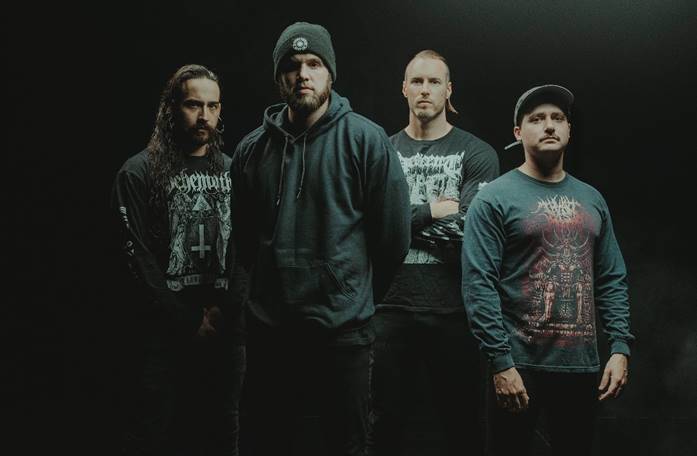 Brisbane’s very own Aversions Crown have been wowing fans right around the world with their own style of sci-fi metal over the past decade and now they are returning with their brand new album Hell Will Come For Us All which the band promises captures a new sound that sometimes borders on the heaviest the band have ever sounded.

“This is our fourth album now,” says guitarist Mick Jeffrey when I ask him what the band had set out to do with this new release. “We’ve been around for awhile now so I guess in a way we wanted to really mature our sound. We’d been touring the last album for a couple of years. We knew what songs were working well and we knew which ones were transitioning to the live setting and of course which ones were not going over as well. So we brought all that board when we started to compose the music for this album.”

Some fans will be surprised to hear that there also wasn’t much of a gap between the album cycles either. “We pretty much started working on this one straight after the last one so we had a whole lot of material ready to go when we started to select which tracks we would use on the record,” explains Jeffrey. “I guess the other thing that we wanted to do on this album was branch out a bit with the lyrics and play with the imagery of what the band is really about. Previously it had pretty much all been science fiction and aliens in theme. That had really worked for the band and it suited our records but we didn’t want to always been re-hashing the old material and feel like we hadn’t really evolved. So, we decided that we really wanted to try some new things and that is what we did with this album.”

Of course as change as big as that can mean a bit of a stressful time for a band and I ask Jeffrey how it felt for Aversions Crown to have to change important things like the themes that the band explored in their lyrics. “It actually felt pretty natural,” he admits. “It wasn’t something that we really forced, we just really started writing and it just happened like that. We had a whole lot of ideas just coming forward and then everybody just seemed to connect with it and it just felt really natural.”

“It wasn’t a forced process at all,” he says continuing. “It’s not like we felt that we had to get away from this we just felt that maybe it was time to try something a little different and you know it is a pretty small niche, pigeon-holed market that we had been put into. We were really being pigeon-holed as an aliencore band which is really a sub-genre within a sub-genre and that is a cool thing and we were stoked that people loved what we were doing but it was just time to just branch out into the world of death metal and I think that we have achieved that on this record.”

When you take a listen to Hell Will Come For Us All it is easy to hear that the lyrics this time around touch on much more personal things and Jeffrey says he is pleased that that side of the band is now on show. “Our new single, “Born In The Gutter,” that just came out that really looks at the theme of class divide,” he explains. “It looks at how where you were born in the world can determine your quality of life to at least start with if not for the rest of your life. There is some pretty heavy imagery in the film clip and the lyrics kind of delve into that. That’s just one example of the stuff that we talk about and I guess with the album for lack of a better term it is probably more worldly. It has a lot more things on it that people can relate to and once again it just felt like something that was really natural for us to write about.”

As I talk more to Jeffrey I learn that “Born In The Gutter” is a track that he is really proud of and a track that he just can’t wait to be able to play live. “Oh yeah,” he says laughing. “It just has that classic Aversions Crown riffy feel to it throughout the verses. Then it has a real beatdown to it and there is a kind of cool aggression to it and to me that was one of those tracks that was always in. When we were demoing it it just felt like one we could always envision ourselves playing live on stage.”

Of course we are not going to be able to see Aversions Crown on stage for a little while yet but we can all go out and grab a copy of Hell Will Comes For Us All when it is released on June 12th through Nuclear Blast Records. 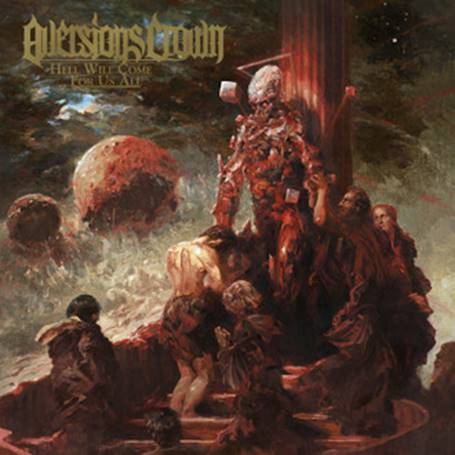