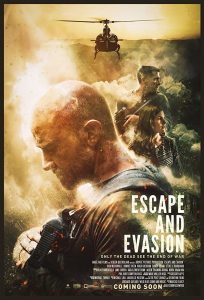 Summary: A detemined journalist hunts down the solider that was in charge of her brother’s unit when he disappeared. She is shocked to find though that the incident has left the solider facing demons of his own. 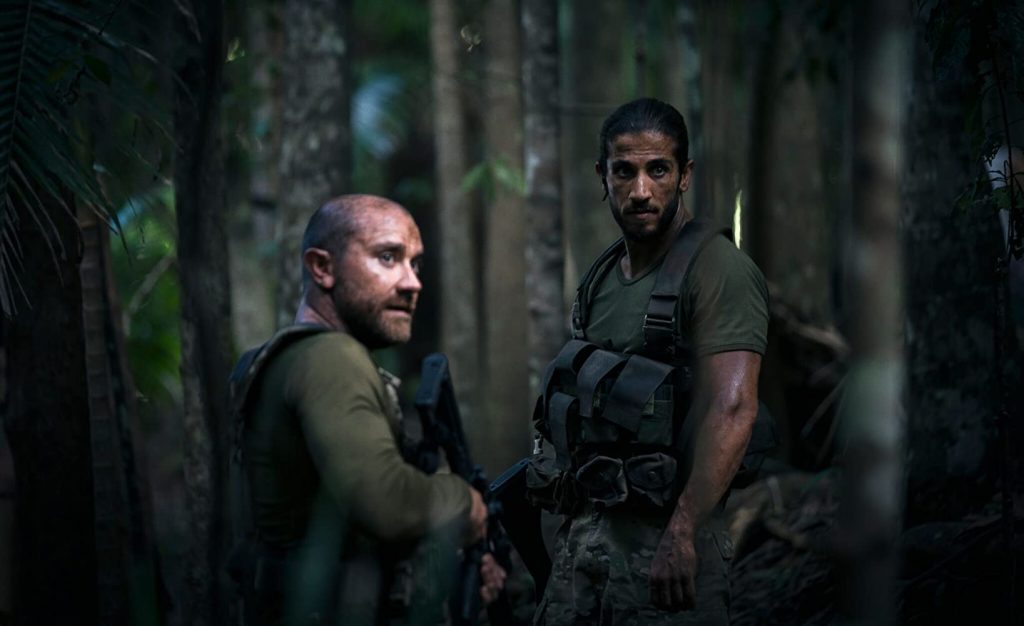 OUR ESCAPE AND EVASION REVIEWS & RATINGS:

Often in cinema we see war glorified. The action star seemingly singlehandedly taking on a whole Army and coming out on top. Occasionally we do get to see the thought-provoking war film – films like Saving Private Ryan or Hacksaw Ridge that such us the horrors of the battle field and have us questioning whether or not war is the necessity that we are led to believe it is.

What we rarely get to see though is the aftermath of war. What happens when the solider has left the battlefield and is now back at home trying to live an everyday life? Or what happens when somebody doesn’t return from war, is there family left wondering how they died? Was it quick, was it slow?

Those are the themes that Australian filmmaker Storm Ashwood (School) chooses to focus on in his latest film Escape And Evasion and the result is a sensational film made even better by the performance of a leading man that deserves to pick up an award or two for his portrayal of a returned soldier at breaking point.

The plot is driven by Rebecca (Bonnie Sveen – Home And Away) a determined journalist who is trying to find out what happened to her solider brother who never returned from active service in Burma. To her frustration she finds that there is no record of what happened or even what Australian soldiers were doing there.

She finally hunts down the man that was in charge of her brother’s unit – Seth (Josh McConville – Fantasy Island) – a soldier who is so haunted by his experience that he has turned to alcohol to try and cover the pain. That has left him with a torn apart family but helps him deal with the secrets that his superior, Michelle Pennyshaw (Rena Owen – Once Were Warriors), asks him to keep.

As a film Escape And Evasion never gives its audience a chance to take a break. Whether it be tense dialogue-driven scenes between Seth and Michelle or Seth and Rebecca or combat sequences Atwood floods the film with tension. Instead of making the film an uncomfortable watch this instead just adds to the experience. You literally feel the tension building inside as you become desperate to know what happened to Rebecca’s brother and what the hell occurred that has left Seth the broken man that he is now.

Ashwood may well be one of the directional finds of 2020. His debut feature film – School – did show us that there was a gifted director just waiting to break out. While some were sceptical of the film it did show an artistic side and was brave enough to be different than other films in its genre. With Escape And Evasion Ashwood loses the artistic or experimental side but again goes about things differently as he mixes tense dramatic scenes between characters with emotional charged war and torture scenes. The result is a well-rounded film that leaves the audience not asking any questions at all.

Even with all the brilliance that the director shows with this film it would have fallen in a heap if he did not have the right leading man to bring the story to the screen. Luckily Ashwood found the exact right person to have play Seth in the form of under-rated Australian actor Josh McConville. With known actors like Hugh Sheridan (Packed To The Rafters) and Steve La Marquand (Last Train To Freo) also attached to the project you could easily understand if Ashwood had given one of them the leading role. Instead though he takes a chance on McConville who repays him with one of the best performances you are likely to see on screen in 2020.

Escape And Evasion is one of the cinematic shining lights of this year. An intense and dramatic film – it is one of those movies you will find wanting to watch two or three times to really embrace it. One thing the film will leave you with though is the knowledge that Josh McConville and Storm Ashwood need to be noticed by Hollywood.