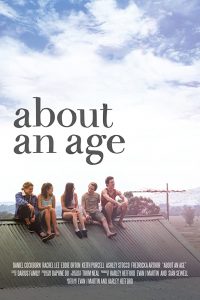 Summary: It’s Friday night and five friends on the cusp of adulthood gather at a house to celebrate the end of another school week. 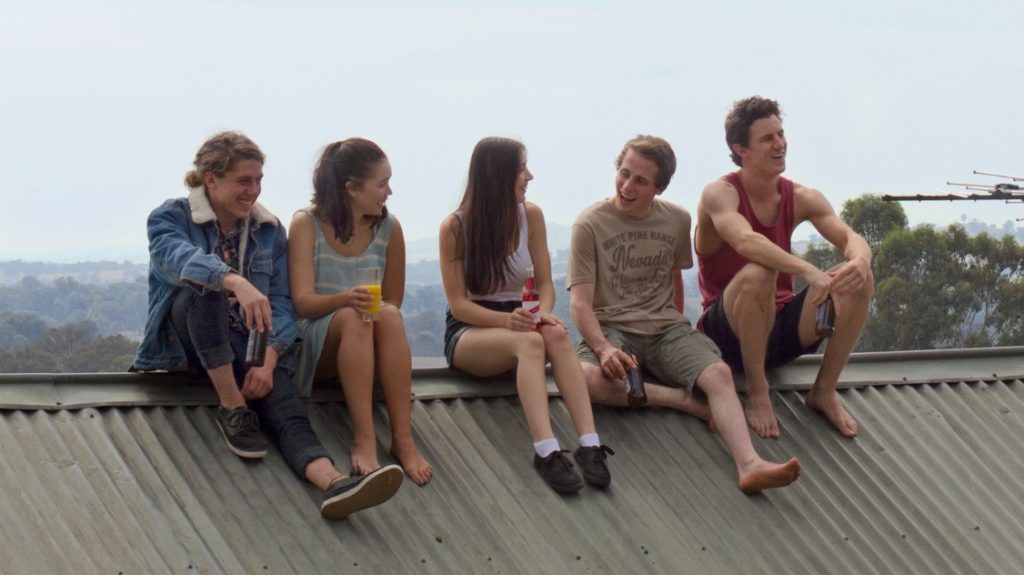 OUR ABOUT AN AGE REVIEWS & RATINGS:

Dave Griffiths’ About An Age Review:

It’s Friday night in country Victoria. Four teenagers organise an after school get-together complete with a parent-free home and a coach bought slab of beer. So realistic is the scenario that I could be describing a new reality television show… a reality show based on my own teenage years if I was being painfully honest.

Who needs reality television though when you have storytellers like first time feature filmmakers Harley Hefford and Evan J. Martin? So natural is the dialogue and acting in new coming-of-age film About An Age you would swear that Hefford and Martin just set up characters around a Macedon property and recorded whatever the teenagers at hand were saying and doing.

The natural feel to the film also includes the story at hand. There are no superhero teenagers or gigantic robots along for the ride – instead the story is simple. Twins Dave (Eddie Orton – Statement) and Michelle (Rachel Lee – Emo The Musical) organise a Friday winding down session. Dave invites his best friend Brett (Keith Purcell – Neighbours) who has a crush on Michelle’s best friend Sarah (Ashley Stocco – My Life Is Murder) who is also a guest at the get-together. To round things off Michelle invites her new boyfriend Jackson (Daniel Cockburn – newcomer) who returns to the country for the first time after attending university in the city.

Talk on the night centres around future occupations, who likes who and exams but then things start to get tenser as the drinks flow and games like ‘Truth Or Dare’ get thrown into the mix. As secrets start to get exposed emotions start to flow.

Maybe one of the reasons I loved About An Age so much is because the story could have been plucked from any Friday night of my High School years. I’d like to think a lot of that love though comes from the fact that the natural storytelling seen here in this film is so rarely in cinema these days. Perhaps hearing a group of teenagers talk about whether they should study advertising or hairdressing isn’t thought-provoking cinema. But for a teenager living in the country all of issues raised in this film, especially the fear of moving to the city and becoming part of ‘city life’ is very, very real. These types of topics are something rarely explored on screen as well so credit must be paid to Hefford and Martin for going into unchartered territory.

The naturalistic style of screenwriting also allows for the young stars of this film really shine. While the entire cast deserves credit I feel that Keith Purcell could well make a real name for himself when it comes to comedic acting while Ashley Stocco is the next Margot Robbie in the making. Any Australian producers and directors looking to cast their projects are doing themselves a disservice if they don’t look at this cast when casting their new projects.

For me About An Age is one of the surprises of 2020. With a perfect cast and some amazingly realistic dialogue this is a film that I feel will launch the careers of all involved. Light-hearted and fun at times, tense and suspenseful at others this coming-of-age flick is a brilliant snapshot of teenage life in the country.

Other Subculture Entertainment About An Age Reviews: