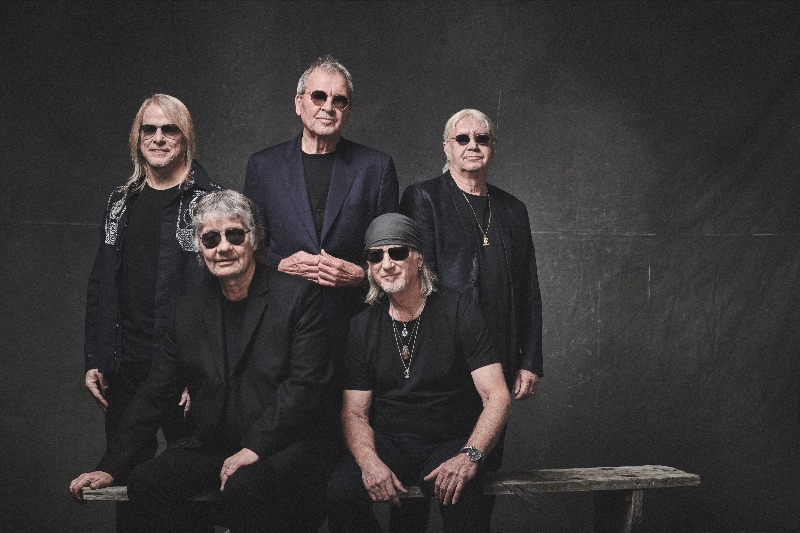 After being with legendary rock group Deep Purple since 1969 you could forgive Roger Glover for being a little ho-hum about the release of a new album – after all Whoosh! will be his twenty-first album with the Hall Of Fame listed band. Instead when I get the opportunity to talk to him about the album I find out he is just as excited as he would be if this was the band’s first album.

“There is that magical moment between finishing an album and releasing it,” he says as we talk about how he is feeling at the time. “Of course this has been a slightly longer one because of the virus, but during that time it is still ours. Then when it is released it is not ours anymore, it is out there in the world on its own – coping the best it can. It is nothing to do with us anymore.”

“So yes at the moment there is still that magical moment,” he says with a slight chuckle. “I am still hanging onto this little treasure that nobody else knows about at the moment. But then it comes out and then it is anybody’s business.”

Yes, as they say nobody can dodge Covid-19, not even a multi-award winning band like Deep Purple. While their fans have been eagerly awaiting the release of the album (it was originally due out in June) they now have to wait until early August before the album will drop.

“It was the record label’s decision,” explains Glover. “It was pushed by three or four months because basically there would be no shops open. That would mean the only way that you would be able to buy the album would be by downloading it, but a lot of our core audience prefer the physical thing – either the actual album or the CD – and seeing that they couldn’t buy those they pushed it back.”

“I mean music stores are already doing it rough,” he says continuing. “The whole music business is in turmoil. Streaming and downloading has become the thing but we are one of the older acts that still believe in albums. To me an album is a sign-post to the state of the band at that particular year and that is important to us and I think that it is important to our fans.”

Whoosh! Is out on June 12th through earMusic. You can listen to our full interview below.