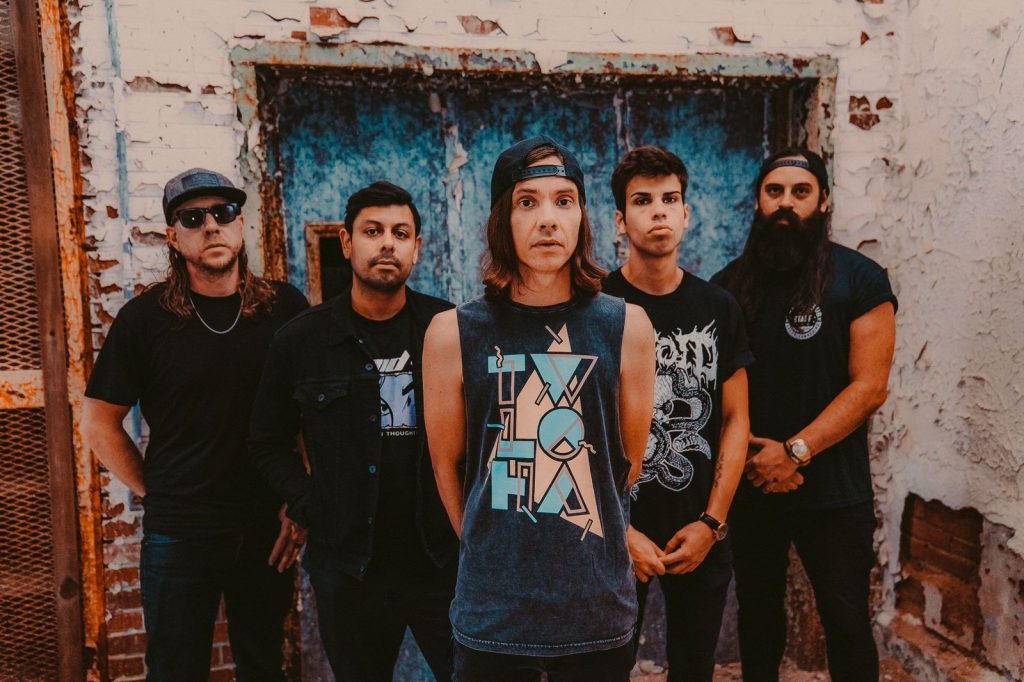 As I begin my interview with Ron Winter from The Red Jumpsuit Apparatus I want to tell him how much I enjoyed listening to their latest offering The Emergency EP. But things don’t go exactly as I planned as Winter straight-away starts to tell me how much he loves Australia and how much he has missed it during this time of lockdown.

“Oh man it has been an amazing journey,” he says with complete honesty. “We have been in this band for seventeen years and the first time we were ever on the ground was at Soundwave. Since then it has been absolutely amazing… we have never had a bad show in Australia and we’ve consistently come back over and over again and that’s been sweet. We did the tenth anniversary awhile ago and I think that the Australian shows that we did were the best in the world and that wasn’t just because of the band – it was because of the vibe.”

As we talk more about his love affair of Australia we chat about their cover of “Down Under” which Winter says he loves of the lyrics of. That leads me to bring the conversation back to the lyrics on their new EP which to me felt like I was reading Winter’s diary because of how personal they were.

“Thank you,” he says laughing. “There are a lot of bands out there and everybody has a gimmick and ours has always been lyrics and I have always tried to stick to that. With this time all of these songs are directly related to me. Every song on the EP is something that I went through or it happened to somebody close to me.”

“So I have just tried to be as honest as I can and paint that picture,” he says continuing. “That is something that I dealt with because when somebody close to me goes through something I always try to be there with them and I am going through it with them… that is the way friendships are. But yes everything on there is something that I went through or going through currently and that is why I feel like there is some urgency there because it is a crazy time right now right across the board – it doesn’t matter how you look at it. It is just strange times, man.”

As we talk about that I mention the track “Please Unfriend Me” which I admit really resonated with me as I live in a lockdown and read people’s posts on social media about it. I ask Winter whether he has thought about the fact that most of the band’s fans will be listening to these important songs while they are still in lockdown. “I have thought about it,” he admits. “And that is something that I am going through as well… I am going through it with you right now. Here we are talking to each other right across the world and that is cool at least. It’s been weird and tough but I am glad that that is the one song that you have mentioned because that one is super, super fresh. That song wasn’t even mixed thirty days ago, it was written while we were in quarantine so those lyrics in that song… I am literally explaining what it felt like for me to be in quarantine and to see all this madness – that title is exactly how I reacted.”

The Emergency EP is out now through EMI.