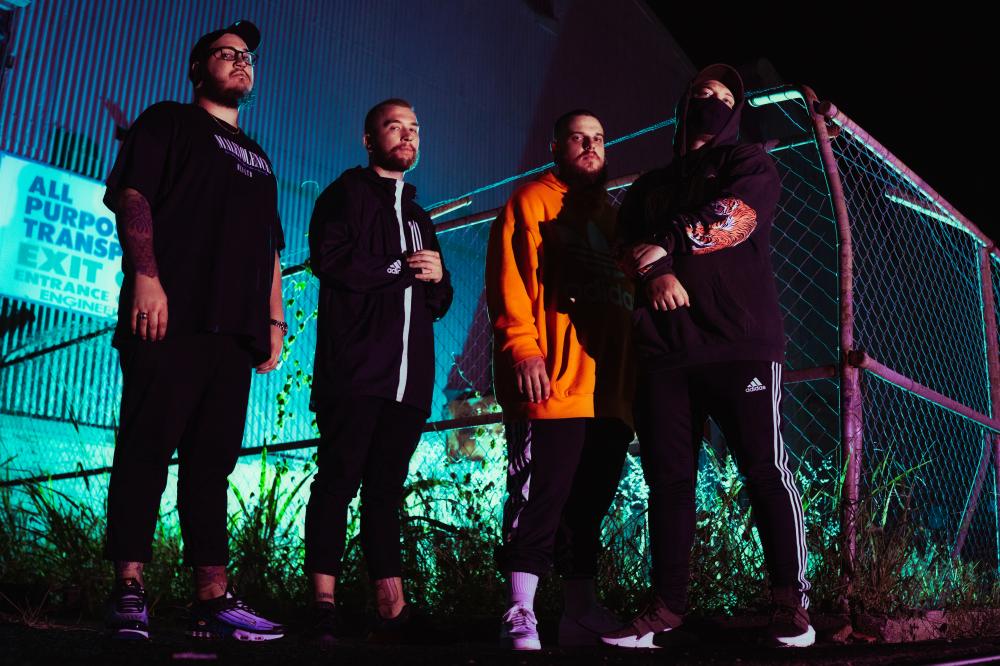 Frailmind are the freshest name in hardcore coming out of Brisbane, QLD, Australia. Born out of several Brisbane bands in the hardcore/metalcore scene, Frailmind’s members shared a mutual love of modern hardcore – and a collective desire to explore new musical avenues! Today they are bringing their latest effort since their debut EP dropped in February this year – new single ‘I, Expire’.The single (mixed and mastered by Tim Wheaton) will see its release into all good digital stores and streaming platforms on Friday September 18 – and all options for purchase/streaming will be available at http://ffm.to/frailmind_ie.The single comes with an aggressive and hard-hitting clip, shot and edited by Andrew Vaughan (FANG).Vocalist Keenan Kuz says that I, Expire was written “…with the idea of mental health and illness in mind. Lyrically this song puts into words the emotions, experiences, and journey of mental illness, that myself and many others have experienced in life. Specifically, putting trust into people that aren’t worth your time, and fighting through hardships growing up.”“Mental health is a really important topic to discuss and tackle, as it often goes unnoticed and needs to be addressed.  Now more than ever people experiencing mental illnesses need support, considering the global pandemic is causing mass isolation.”Mixing the rawness and aggression of hardcore with the groove of nu metal, Frailmind proudly wear their influences on their sleeves. This collective creative vision allowed the band to produce their debut EP ‘Mortal’ in a natural and organic way, playing to each members strengths to create a cohesive and aggressive piece of music.Frailmind are: Keenan Kuz on Vocals, Cameron Yates on Bass, Sam Ballinger on Guitar and Jesse Dobbyn on Drums – collectively as musicians, their previous bands have shared the stage alongside Norma Jean, Kublai Khan TX, Chelsea Grin, Atilla, Deez Nuts, Make Them Suffer, The Plot In You, Aversions Crown, Polaris, Fit For A King and more.Frailmind’s new single ‘I, Expire’ will see its release on Friday September 18 in all digital stores and outlets at http://ffm.to/frailmind_ie.