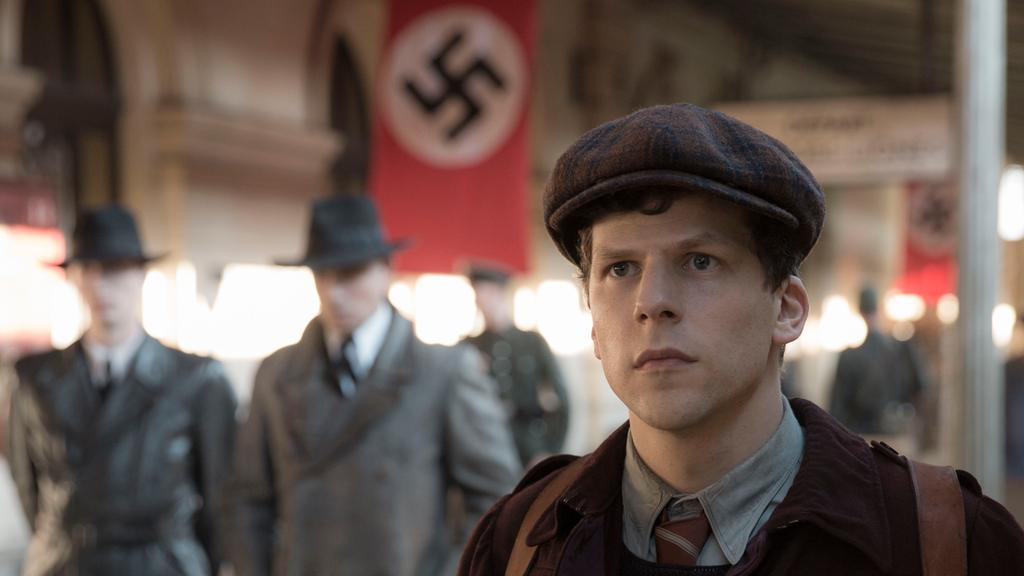 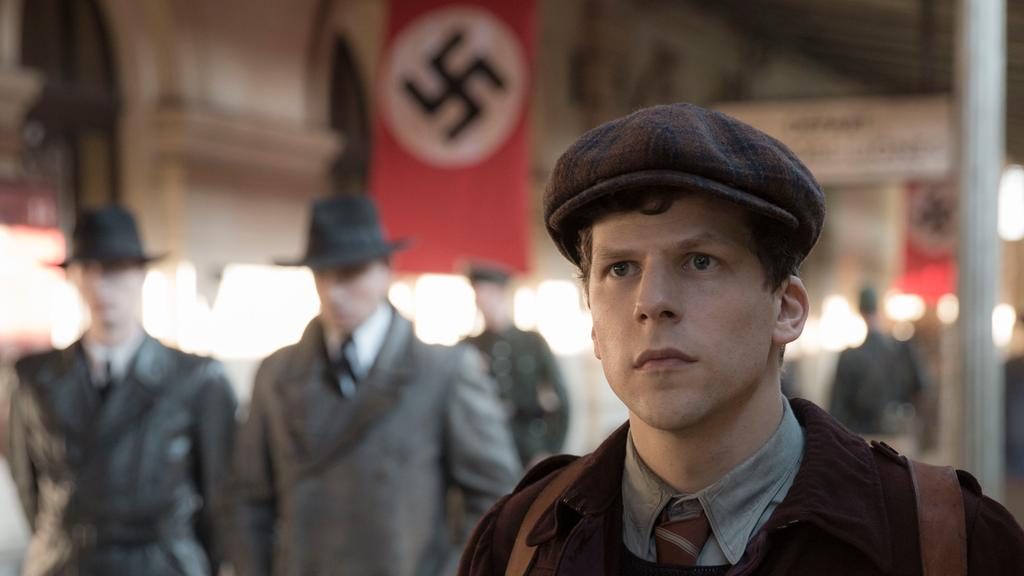 Love or hate him Jesse Eisenberg has become one of the most important and diverse actors of modern cinema. His over seventy acting performances in cinema and theatre has seen him play roles as vast as one of DC Comics most well known villains in the form of Lex Luthor, a zombie hunter in the Zombieland franchise and of course Facebook founder Mark Zuckerberg in the award winning film The Social Network.

Perhaps though it is Eisenberg’s most recent role that has most touched his heart. From Jewish descent himself Resistance sees Eisenberg play legendary mime Marcel Marceau before he found fame – at a time when he rescued and protected thousands of Jewish children during the Nazi invasion of France during World War II.

“The unfortunate thing is that Holocaust films always seem to resonate with modern day audiences,” says Eisenberg when asked whether or not the events in Resistance are things that audiences today can easily relate to. “With themes like racism, prejudice and tribalism and brutality they are things that still exist today…. unfortunately. More acutely while we were filming The Tree Of Life synagogue shooting happened in Pennsylvania, my neighbour’s from across the street sadly had their friends there at the time. Luckily they survived but that showed that anti-Semitism still exists and it reared its head while we were filming the movie.

While the film does look at one of the darkest times in human history Eisenberg says he does believe though that the film does have a silver lining.

“I think one of the nice things about the movie though, is that is about a guy who is unlikely hero who is a civilian who ends up becoming this important person without ever intending to be,” he explains. “I think it really does speak to us all and what we have the ability to do now. The world might be a crazy and chaotic place right now but this movie shows someone that uses their own skill set, which in this case was being mime – the last guy you would think could be helpful during a war – to help others. That makes me think about how we are calling people heroes today that we would never have three months ago. You re-look and redefine what bravery is and I think this movie clearly shows that.”

There has never been a shortage of powerful Holocaust era films over the years with films like The Boy In The Striped Pyjamas and Schindler’s List being considered classics while even last year the powerful yet quirky Jo Jo Rabbit reduced many people to tears and Eisenberg says as an actor he understands why filmmakers are drawn to making films about this time period.

“I think there are millions of reasons why filmmakers want to make films about this era,” he says slowly. “I can only speak for myself though, but when I was about twenty years old I started to research my family’s history and I discovered that my cousin who lives in Poland was a survivor of the War and I started to learn more about her story more intimately… I had even met her a couple of times when she had visited New York.”

“But then I went to Poland and stayed with her,” he says continuing his personal story. “And I learnt about her story and her story to me just felt like this unbelievable miracle and also included people like Marceau who were selfless but put their own lives on the line to protect and save people like her and her survival when she was a little girl and I wrote a play about that. It is a kind of Holocaust play but it is my take on it because it is a contemporary play and it talks about both modern day culture and the Holocaust, so to me when somebody says that there are a lot of stories that have been told about the Holocaust it is because different stories tell different themes. The thing I wrote is about a really important time in my family’s history and I thought it was important to tell.”

He goes on to say that he believes it was very similar for the writer/director of Resistance Jonathan Jakubowic. “I think for Jonathan he grew up hearing these stories because his family were Holocaust survivors and some of his family actually died in Krakow during the Holocaust so he felt like he had a thick connection but he did want to approach the story of a different angle so he told the story of Resistance by telling the story of an artist who come to terms with his inner kindness and comes to terms with a way to create his art in the worst possible circumstances so you could say that rather than being a Holocaust film it is the story of an artist with the Holocaust as a back drop.”

Resistance is currently unrated in Thailand but is for adults and is currently available on a number of streaming platforms.