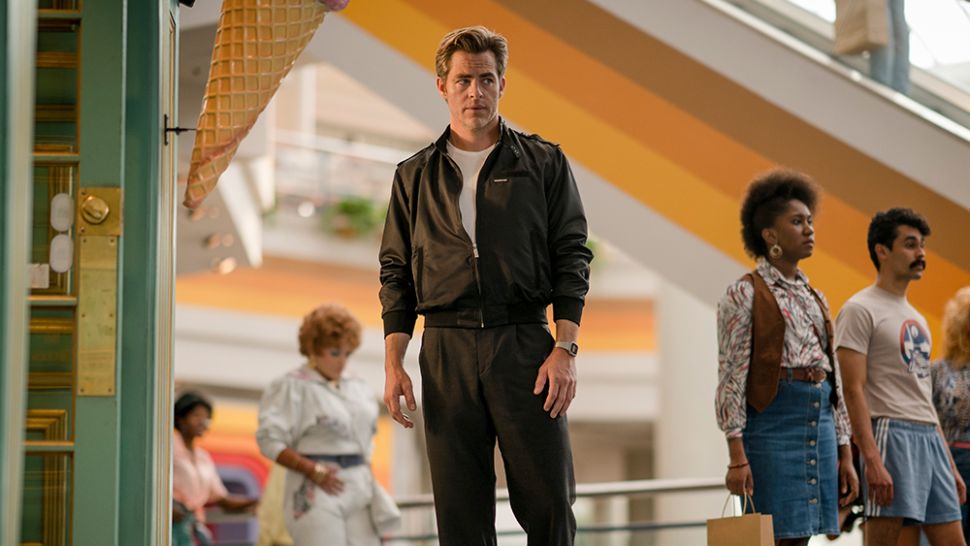 It is one of the biggest cinematic questions of 2020. How does Steve Trevor, played by the very talented Chris Pine, return in Wonder Woman 1984 after his very heroic death in the first film. And while Pine is remaining tight lipped about any spoilers he is more than happy to talk about other aspects of the much anticipated film.

“Yeah, I’ve actually been working with Patty a lot,” he says with a laugh when asked about working with Wonder Woman 1984 director Patty Jenkins. “We even did a television show together between the two films. I have been working consistently with her over the last four years – I love working with her. She is a great leader, she is like General Patton but also has a sensitive and quiet side. She is a great observer of people, she is a great listener, she knows how to get the best of her actors and ultimately she is incredible visionary. She knows how to bring her vision into life which is much more difficult task then it seems like it should be.”

Pine though is not only full of praise for his director he also seems in awe of his co-star Gal Gadot who brilliantly brings the role of Wonder Woman to life on the big screen. “I think Gal is the perfect embodiment of Wonder Woman,” he says again smiling. “She is the personification of love and heart and that is also Gal, she has this great big heart and she has these eyes that just takes in the world. She has this natural instinct of maternal strength and heart and I couldn’t think of anyone else that could ever have played her.”

As we said previously of course Pine is not going to go into great details about how Steve Trevor finds himself back… well alive… but he is only too happy to talk about how Steve feels about being alive in the 1980s. “I think Steve is just pretty happy to be back around the love of his life,” he says after thinking for a moment. “He is stoked to be taking in all these great things like elevators and pop-tarts, toaster ovens and great clothes and dancing and incredible airplanes and stuff like that. They just picked the funniest clothes and then made me put them on and then tried to create scenes out of them. I pretty much just put on clothes  that made Patty laugh and that helped us see what worked.”

Of course the biggest part of Wonder Woman 1984 is not the costuming though – it is the action sequences and it is surprising to learn that Pine doesn’t do much to prepare for them. “No I don’t do much,” he says after asked how he prepares for action scenes. “Gal has to do stunt training ,wire work and stunt co-ordination and all of that and I kind of have these sock ‘em and get punched in the face things. I just worked with the co-ordinator and came up with some good stuff because with Steve Trevor he is more of a bar-room brawler. He gets in a fight, throws in his fists, sees what lands and then tries to get out.”

Aside from the action though Jenkins has also given Wonder Woman 1984 a massive amount of heart and it seems that Pine is happy with the fact that the film explores more of the relationship between Diana and Steve. “They are polar opposites,” he says when trying to explain the connection between the two lovers. “She is wide eyed, loving and compassionate and he is closed off and jaded and he is bitter and angry at the world. They teach each other important lessons and they help the other grow and I think that is the best version of a healthy relationship.”

To finish off Pine talks about why he believes Wonder Woman 1984 is the perfect film to close out 2020. “I think this is a movie about love and compassion,” he explains. “It is heart and it is a movie that has a lead that personifies those qualities who is a joy to work with and is like that in real life… that is certainly not a bad thing and I think while it is easy for people to get their fix of complicated heroes and dark subject matter it is also nice to return to good old fashioned entertainment which is what I think this is.”

Wonder Woman 1984 is released in Australian cinemas on Boxing Day.