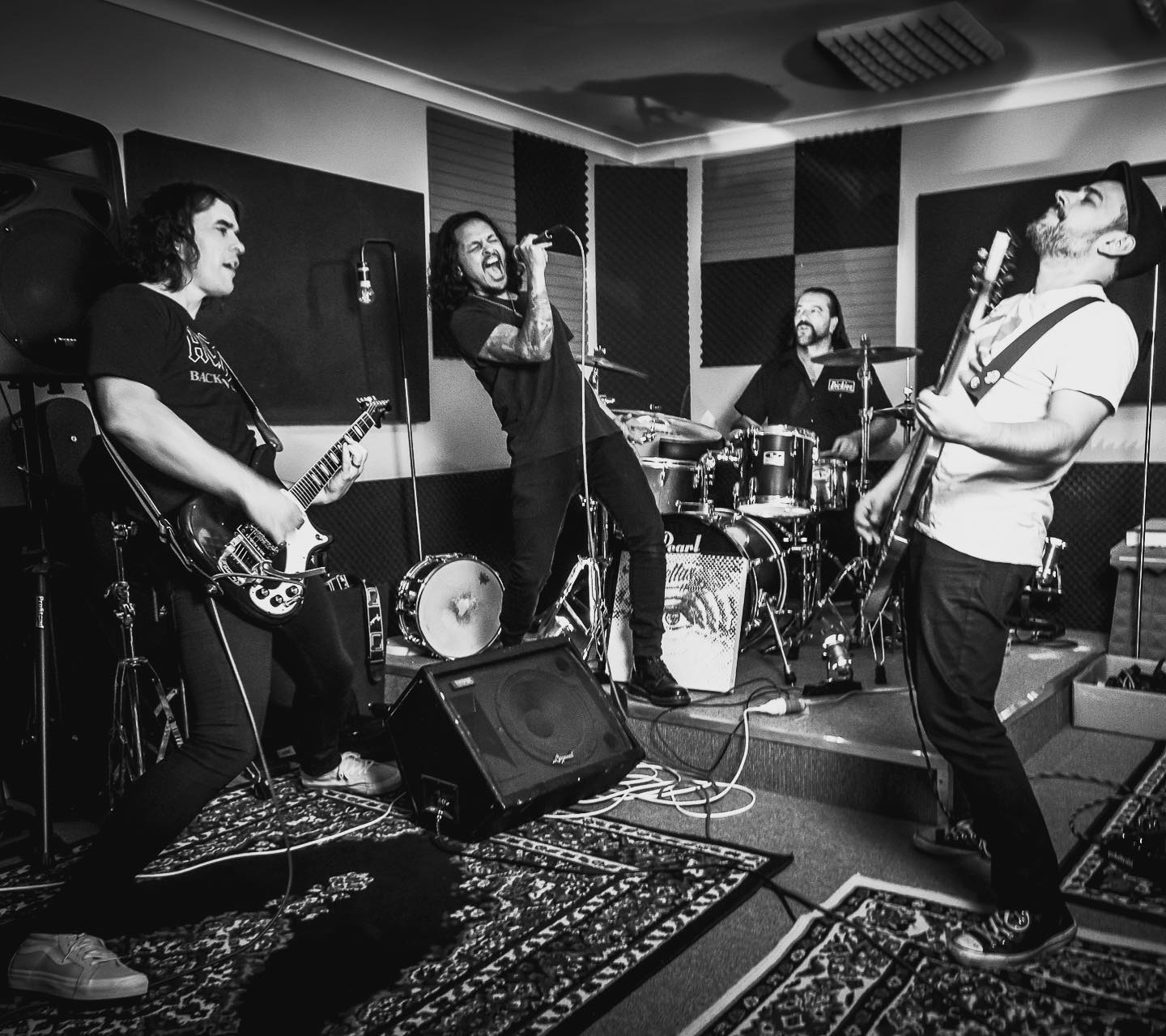 At times over the years it has felt like the compilation album is dead and buried. I still remember those days of buying the latest music magazine and then having to get past that sticky stuff (what the hell was that?) to get my prized sampler of new music off the front of the cover.

Well Australia’s very own Rue Morgue Records has brought the compilation album back as they deliver Murder In The Rue Morgue Vol 1 that delivers a killer lot of music from the likes of artists like Fierce Diety, Dan Brittain and Espionage. Another band on the album are hard rock outfit The Vendettas and I recently caught up with them to chat about their track that can be found on the compilation.

“We’ve been together now for about fifteen years,” says vocalist Steve Redden as we start to delve a little into the history of The Vendettas. “Band members have come in and out over that time but Jared the guitarist and myself have been writing together for about 10 years now. In that time we have also released two full length albums and an EP as well and the track that you will hear on Murder In The Rue Morgue is off our third album that we have recorded.”

It is that third album that has led to the relationship forming between the band and Rue Morgue Records. “We had just finished the album back in 2018,” explains Steve. “We had released our other two albums independently but this time we felt that the songs had a little bit more of a commercial sound to them so we wanted to get some help from some labels and some publishing licensing and stuff like that so we sent it out to John (the owner of Rue Morgue) and he listened to it the next day and he was emailing us back after he listened to each song saying how much he liked it. He had a relationship with Golden Robot Records so passed it onto them.”

From there the vinyl relationship that The Vendettas have with Rue Morgue Records has grown and grown to the point where their single “Face To Face” can now be found on Murder In The Rue Morgue Vol 1.

“So we picked the first track on the album, “Face To Face,” says Steve with a laugh. “I think that resinated with John in the very early days because that was the one song that he told us that he wanted for the compilation… he let us know that before we even discussed it.”

“It is a bit of different track for us,” he goes on to explain. “Previously the rock songs that we used to do were punchy and straight from the beginning to end but this one has got a nice long intro. It actually builds for like a minute and a half before any of the vocals even come in. We now like to open with the tracks as well because you can feel the vibe of the rock because the guitar starts and then the bass comes in underneath it and then you have the drums build on the toms and it is just something that you do sometimes think whether or not an audience will sit there for a minute or a half but it does work.”

I finish off the interview by asking Steve how important compilations and labels like Rue Morgue are in the current musical environment. “People like John are so important to the scene,” says Steve with admiration in his voice. “Trying to promote your own band is a tough thing to do and I have been saying to a few people lately that there are two parts to the Melbourne live music scene. There is the rock scene and then there is the rock family. I think it is so important to build that family side of things, so if John ever needs anything from us we will do it no worries because of what he has done for us and vice versa. That’s why I think that having bands on a compilation like this you do feel that sense of family because we are all promoting this together and then we started promoting each other’s shows and each other’s singles and I think that is really important.”

Murders In The Rue Morgue Vol 1 is out now.