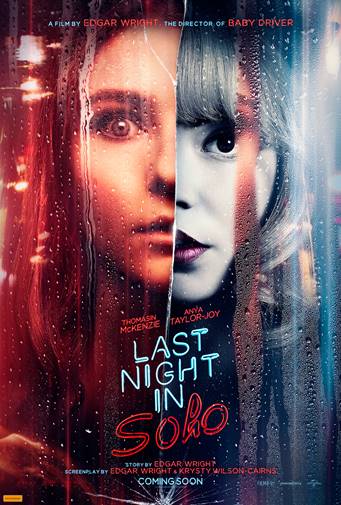 Universal Pictures have just released the trailer and poster for LAST NIGHT IN SOHO, directed by Edgar Wright and starring Thomasin McKenzie and Anya Taylor-Joy.

“This story of ‘Last Night In Soho’ was dreamed up over many late night walks in the city of London. I have a fascination both with the modern city I live in, but also with the London of the 60’s. It’s an obsession that encompasses the music, the fashion and, of course, the films. The story was partly inspired by both a love of the dramas and thrillers of that period, as well as the genre of psychological horror, which allows one to take audiences on a unique journey.”