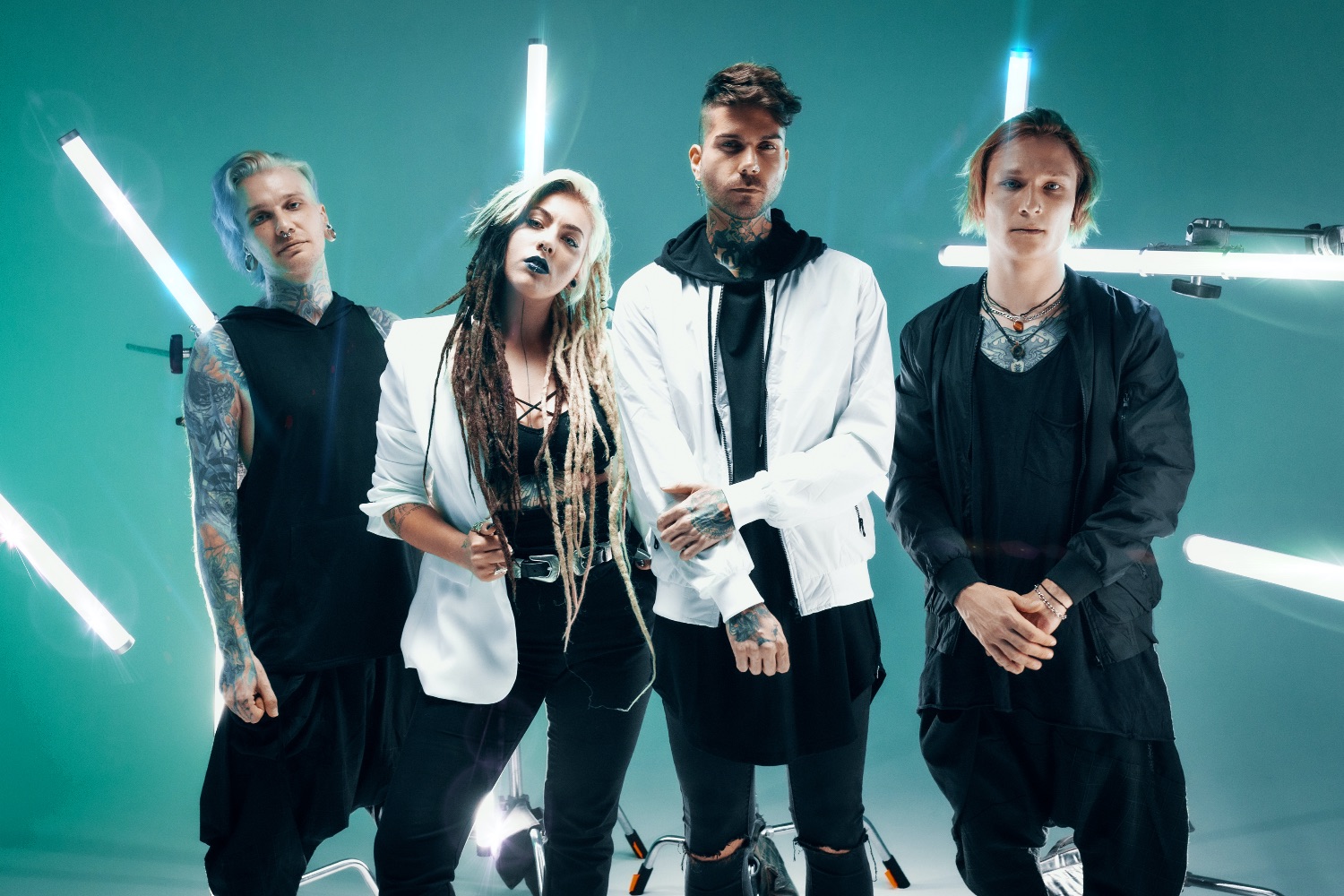 “With ‘Reflections‘ we describe the process of self-knowledge: When you realize over time that you’re the only one who can really help you and you are held up to a mirror until you’re able to accept and understand what you’re seeing in it. Because that’s the only way you can surpass yourself.” – Lela (vocals)

From the depths of their deepest crisis, Venues emerge victoriously, welcoming two new members – clean vocalist Lela and guitarist Valentin. When former vocalist Nyves quit the band mid-tour, following the release of their pivotal debut Aspire (2018), the modern metal juggernaut was shaken to the bone.

Despite this, the remaining members refused to give up and tirelessly searched for new talent. Following guitarist Constantin witnessing a performance of Lela at (of all places) at a Steel Panther show, the band found their new clean vocalist.

Venues went into the studio with producer Christoph Wieczorek (Annisokay) to record Solace, who coated their massive sound with a metallic alloy of remarkable precision.

“We wanted to be more metal,” Robin comments.“There were some pop sensibilities of Aspire we wanted to replace with rather the opposite.”

Melody and punch-drunk heaviness, metal and alternative rock, zeitgeist and authenticity, barbed choruses and unleashed creativity: with their soaring sophomore release, Venues fulfill every single promise they gave on Aspire.

“2020 showed all of us how much the band is helping us keep our sanity,” vocalist Robin muses. “Almost the whole band went through minor or medium crises since the release of our debut. Relationships went sour, things were ended and begun. In times like these, our second album was the light at the end of the tunnel. Something we all could look forward to. Our music held our heads above water.”

It’s a big leap, going from Aspire to Solace, and it’s a logical one, too. Ten songs, ten exorcisms of negative energy, ten lifesavers.